Packers Position Preview: Pack Look for Young Players to Step Up at WR 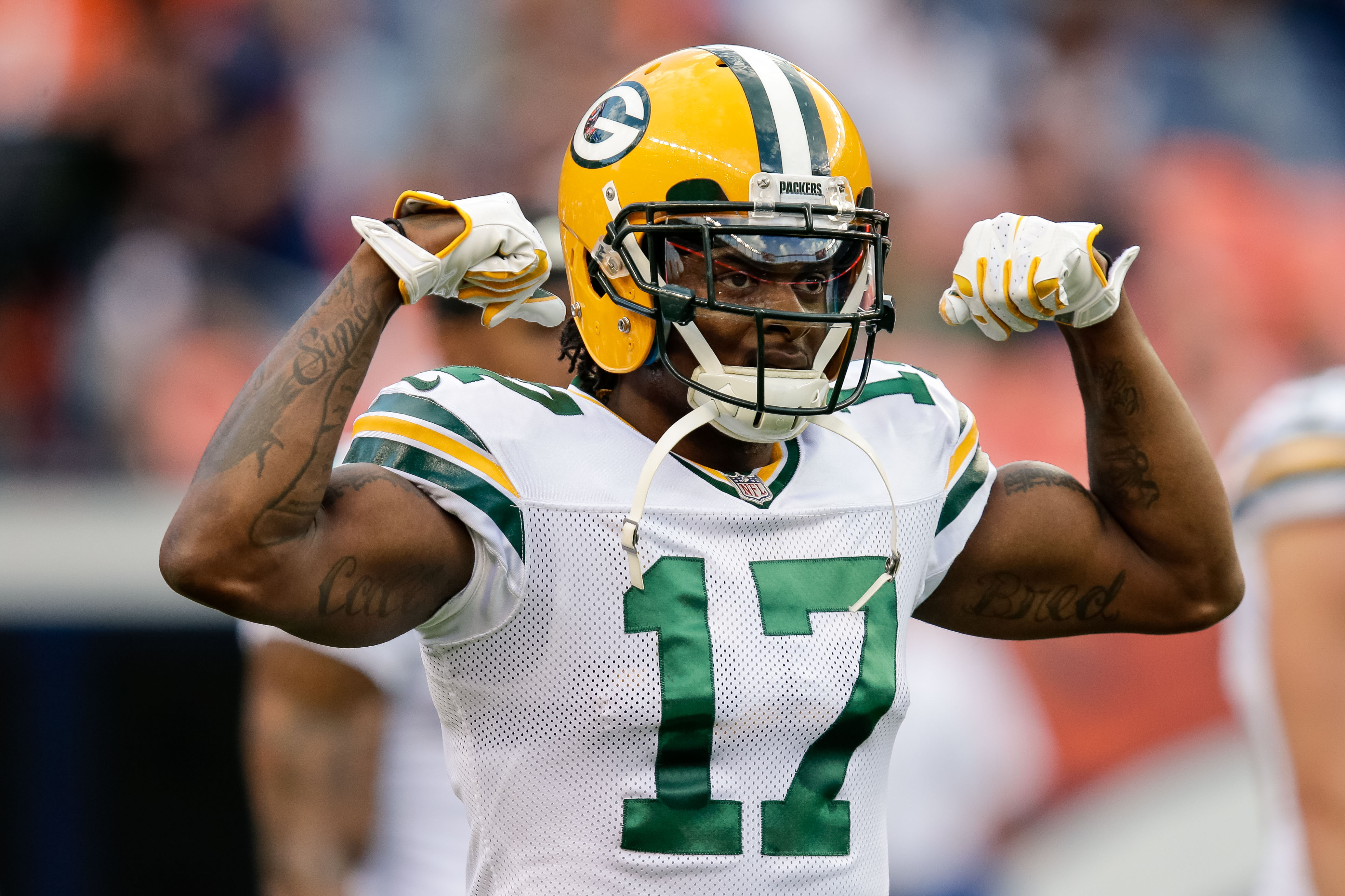 Packers Position Preview: Pack Look for Young Players to Step Up at WR

Many observers were surprised when the Packers didn’t select a wide receiver in this year’s draft or add one via free agency. But GM Brian Gutekunst seems to be happy with the group he has. The Packers drafted three WRs in 2018 and are banking on the fact that one or more of them will take a step forward in year two to and establish themselves as a consistent starter or slot receiver.

The one sure thing the Packers have is Davante Adams who is unquestionably ranked among the top 10 receivers in the league right now.

Here is a look at the Packers wide receiver situation heading into training camp:

Adams is the unquestioned top receiver on this team. He has the complete trust of Aaron Rodgers and puts fear in most NFL DBs. Adams has excellent body control, adjusts well to the ball and uses his size consistently to win contested passes. He is also a constant threat in the red zone. If the Pack would lose Adams for a sizable part of the season, the drop off in receiving talent would be very noticeable.

Allison was on his way to a breakout season in 2018 when he was felled by injuries. If he stays healthy, he should be in for a very productive campaign. Allison may see duty in the slot in Matt LaFleur’s new system. He is a reliable receiver who runs good routes and was developing into a steady number two option before getting hurt. Allison is playing on a one-year, prove-it contract so he has plenty of motivation to shine this season.

Valdes-Scantling was the most productive rookie of the three draft choices of a year ago. He finished last season with 38 catches for 581 yards and a pair of touchdowns. MVS can get downfield and make big plays. He showed flashes of that during his rookie season but must be more consistent in year two.

St. Brown showed flashes of ability as a rookie. The 6’5” Notre Dame alum played his best football late in the season which is an encouraging sign for 2019. St. Brown must become more consistent as this is a problem that has dodged him throughout his career.

Moore was the first of the three rookies drafted last year but he had trouble picking up the offense and adjusting to the NFL, so last year was a learning experience for the Missouri product. He showed signs during OTAs of being more comfortable with the new offense and that is an encouraging sign.

Kumerow is a fan favorite with good size and hands. He overcame injuries to play in the final five games of the regular season. Rodgers likes Kumerow and trusts him to be in the right place at the right time which was an issue with the young receivers last year. Kumerow caught eight passes for 103 yards and a touchdown last season. He hopes to start building on that in 2019.

Trevor Davis played in only two games in 2018 due to several injuries. Thus far, he has made his impact on special teams as a return specialist. The coaching staff spoke highly of Trevor Davis’ improvement at receiver during OTAs. Davis can make this team primarily as a return specialist, but this may be his final chance to contribute as a receiver.

Jawill Davis made the Giants last season as an undrafted free agent.  The Bethune-Cookman product caught four passes in seven games on offense and made solid contributions as a kick and punt returner. His best chance to make the team would be as a return specialist with his receiving ability becoming a bonus.

Lazard was activated by the Pack for the season finale and caught one pass for seven yards. At 6’5”, Lazard has the height the Packers look for at the position. The former Iowa State star was added to the Packers roster from the Jaguars practice squad late last season and will compete for a roster spot again this year.

Redding finished last season on the Packers practice squad after spending time with the Lions in training camp and on the Redskins practice squad. The Bowling Green product has good hands and has run a 4.46 40-time. He made a strong impression in Lions camp last year and will need to do so in Green Bay this summer if he hopes to stick with the team.

Shepherd was a standout at North Dakota before signing with the Packers this May as an undrafted free agent. The 5’11”, 186-pound speedster excelled as a punt returner in college and will be part of the competition at that position for the Packers. He was also a standout slot receiver in college which gives him the chance to fill two big needs for the Pack if he can make the team.

Adams is a bona fide number one receiver and if healthy, Allison is an experienced and steady number two. There are questions after that with a lot of young talent but not a lot of proven NFL performers. If one or more of the young receivers takes a big jump in year two, the Packers should be set at this position. If the young players develop into quality players, this will be a strong and deep position for the Pack. If they stumble, we could hear more complaints from Rodgers about the unreliability of his secondary targets.