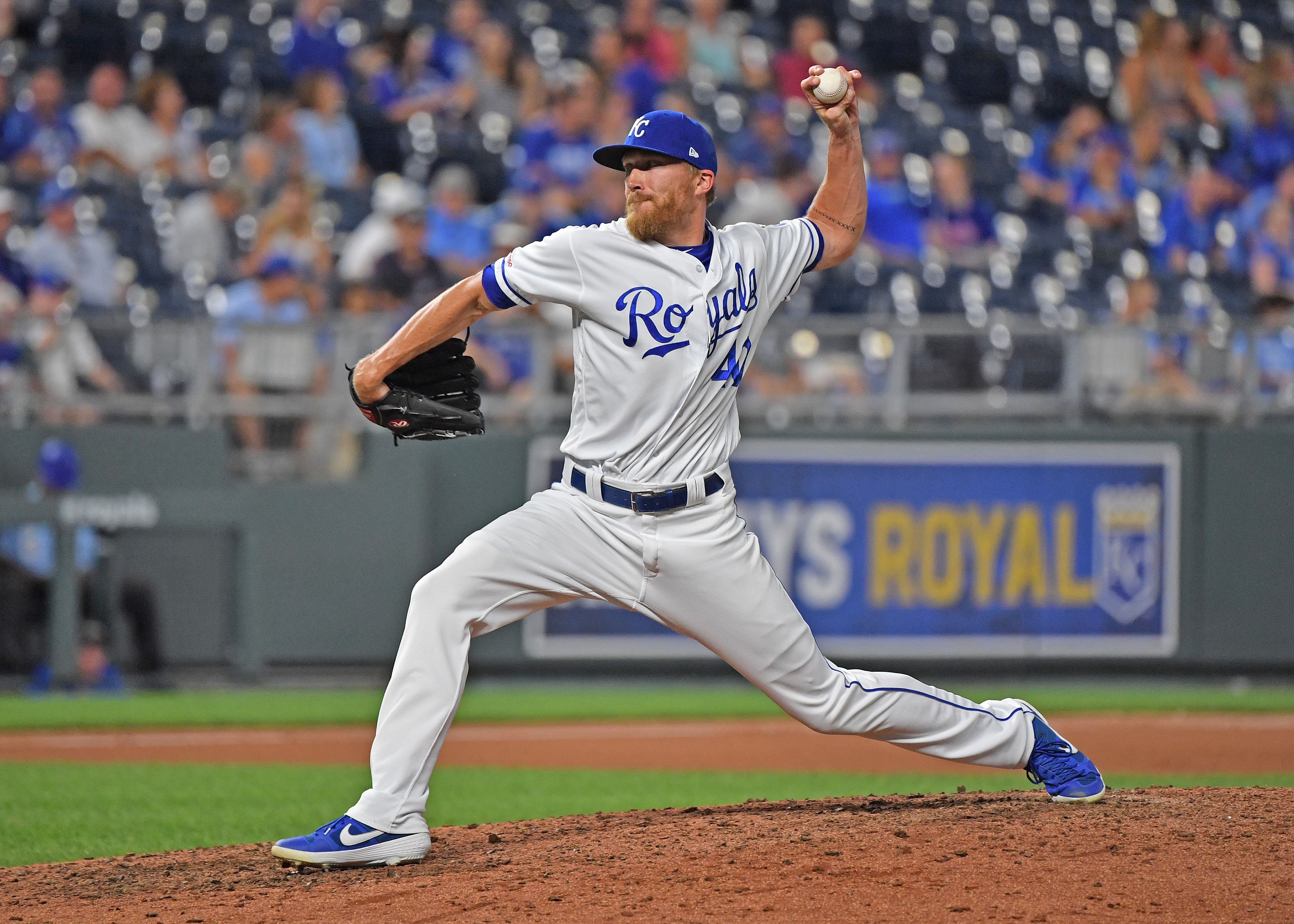 With the MLB trade deadline quickly approaching, the Philadelphia Phillies are exploring all avenues to upgrade both their starting rotation and bullpen.

According to Jeffrey Flanagan of MLB.com, the Phils along with the Washington Nationals and Los Angeles Dodgers are interested in Kansas City Royals left-handed reliever Jake Diekman.

Diekman, 32, was drafted by Philadelphia in the 30th round in 2007. He went on to spend three years with the big league club (2012-15), before being traded to the Texas Rangers with Cole Hamels.

Over his four-year stint with the Phils, Diekman had an ERA of 3.84 to go along with 225 strikeouts in 173.1 innings pitched.

However, this season has not been the best for Diekman or the Royals. Kansas City is currently in fourth place in the A.L. Central with a record of 37-64 and could be looking to trade a few players before the deadline.

Diekman is one of those players, who could be traded by the July 31 deadline, despite him having a down season.

In 46 games this season, the veteran reliever is sporting an underwhelming 4.76 ERA but has struck out 59 hitters in 39.2 innings of work.

While Diekman’s ERA might not be appealing to a team such as the Phillies, they could use him to help their wounded bullpen.

However, when it comes to the starting rotation, the Phillies are keeping tabs on Arizona Diamondbacks starting pitchers Zack Greinke and Robbie Ray, according to Bob Nightengale of USA TODAY.

Nevertheless, this is not the first time that we’ve heard about the Phillies being connected to both starting pitchers.

Last week, Jon Paul Morosi of MLB.com reported that the Phillies along with the Houston Astros are interested in 27-year-old southpaw Robbie Ray.

But keep in mind that the Diamondbacks have not made their intentions clear yet on if they will move either pitcher by the deadline.

On paper, the Phillies cannot go wrong with Greinke, who would be an immediate upgrade over Jake Arrieta, Zach Eflin, Drew Smyly, and Vince Velasquez.

However, Philly would probably have to give up a few of their top minor league prospects to acquire Greinke, who is owed $75 million over the next couple of seasons.

This season, the 35-year-old is having an impressive bounce-back year on the mound for Arizona.

Therefore, should the Phillies consider going hard after Greinke if they cannot get Matthew Boyd, Madison Bumgarner, Marcus Stroman or Ray?

That is a question only Philadelphia’s front office can answer with only nine days until the league’s trade deadline.