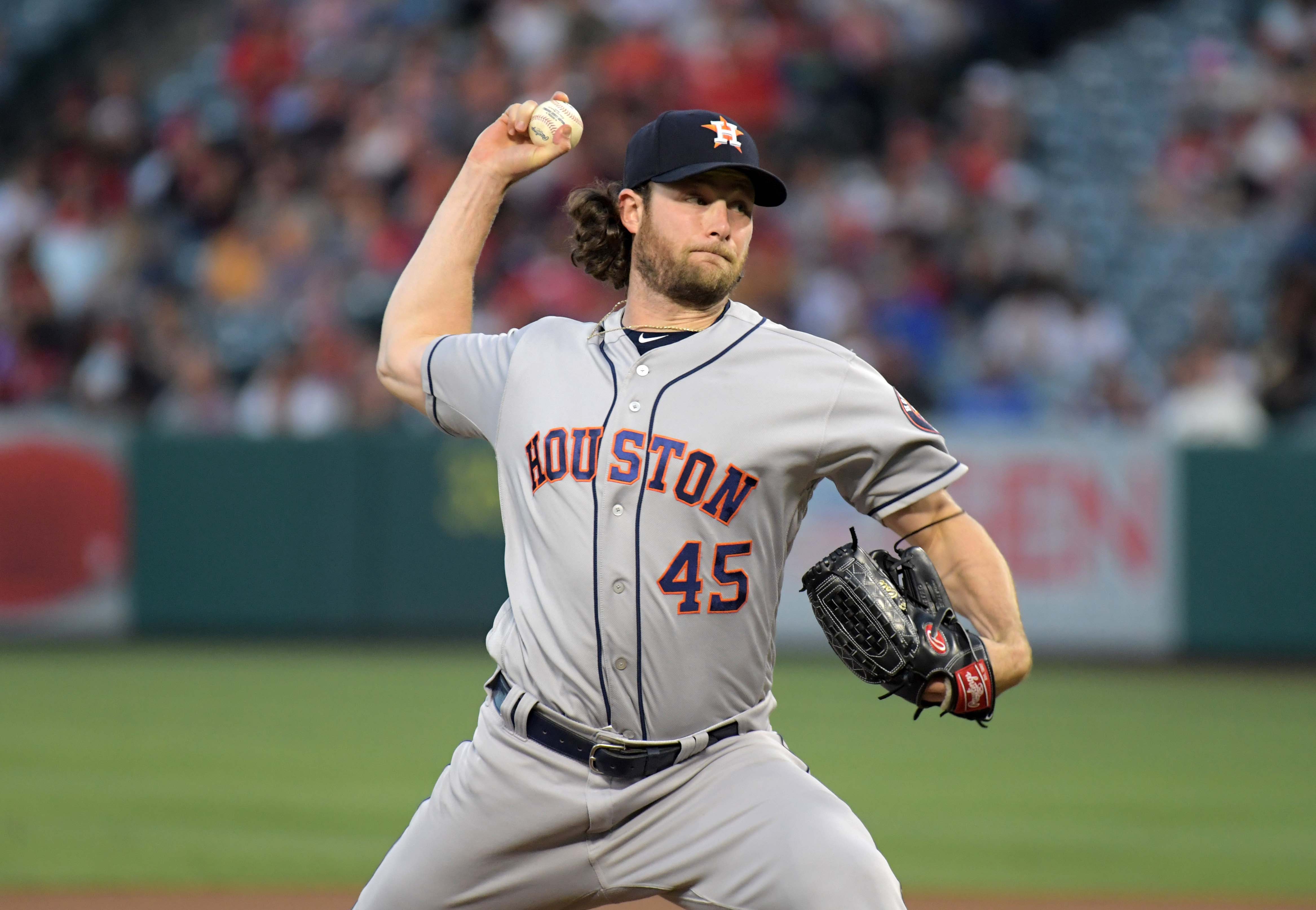 The Houston Astros have one of the most fiercest offensive lineups in Major League Baseball, and their pitching is marvelous too. On Monday, Gerrit Cole of Newport Beach,  CA, continued his outstanding 2019 regular season when he recorded his 200th strikeout in an 11-1 Houston Astros win over the Oakland Athletics at Minute Maid Park.

When Cole struck out Athletics first baseman Matt Olson of Atlanta, GA with one out in the fourth inning on four pitches, he recorded his 200th strikeout. In achieving the mark in only 133.333 innings, it took Cole the second fewest innings in MLB history to notch 200 strikeouts in a single season.  Randy Johnson of Walnut Creek, CA set the record when he recorded his 200th strikeout in 130.6666 innings during the 2001 Major League Baseball regular season. What did Johnson achieve for the Diamondbacks in 2001? Only a Cy Young Award, World Series championship and World Series most valuable player award.

In the Astros’ 10 run win over the Athletics, Cole gave up only two hits and one earned run in seven innings pitched. During his 106 pitches, he had 11 strikeouts (now has 205 strikeouts on the season), and 67 strikes.

In 2019, Cole has put together Cy Young caliber numbers, an award the three-time All-Star has not won yet during his MLB career. In 22 games and 136.6666 innings, Cole has a record of 11 wins and five losses, leads MLB with 205 strikeouts, and has given up 103 hits, 46 earned runs and 34 walks. Cole’s average of 13.5 strikeouts per nine innings also leads the majors and his WHIP is an excellent 1.00.

However it is not just Cole who is producing in a very strong Astros starting rotation. Justin Verlander of Manakin Sabot, VA, who won the Cy Young Award and American League Most Valuable Player Award with the Detroit Tigers in 2011, leads the majors with 12 wins and has 172 strikeouts in 138.666 innings. Meanwhile, Wade Miley of Hammond, LA is having a career season (8-4, 3.25 earned run average) and Cuban rookie Rogelio Armenteros has a sizzling 1.93 earned run average in his first 14 MLB innings pitched.