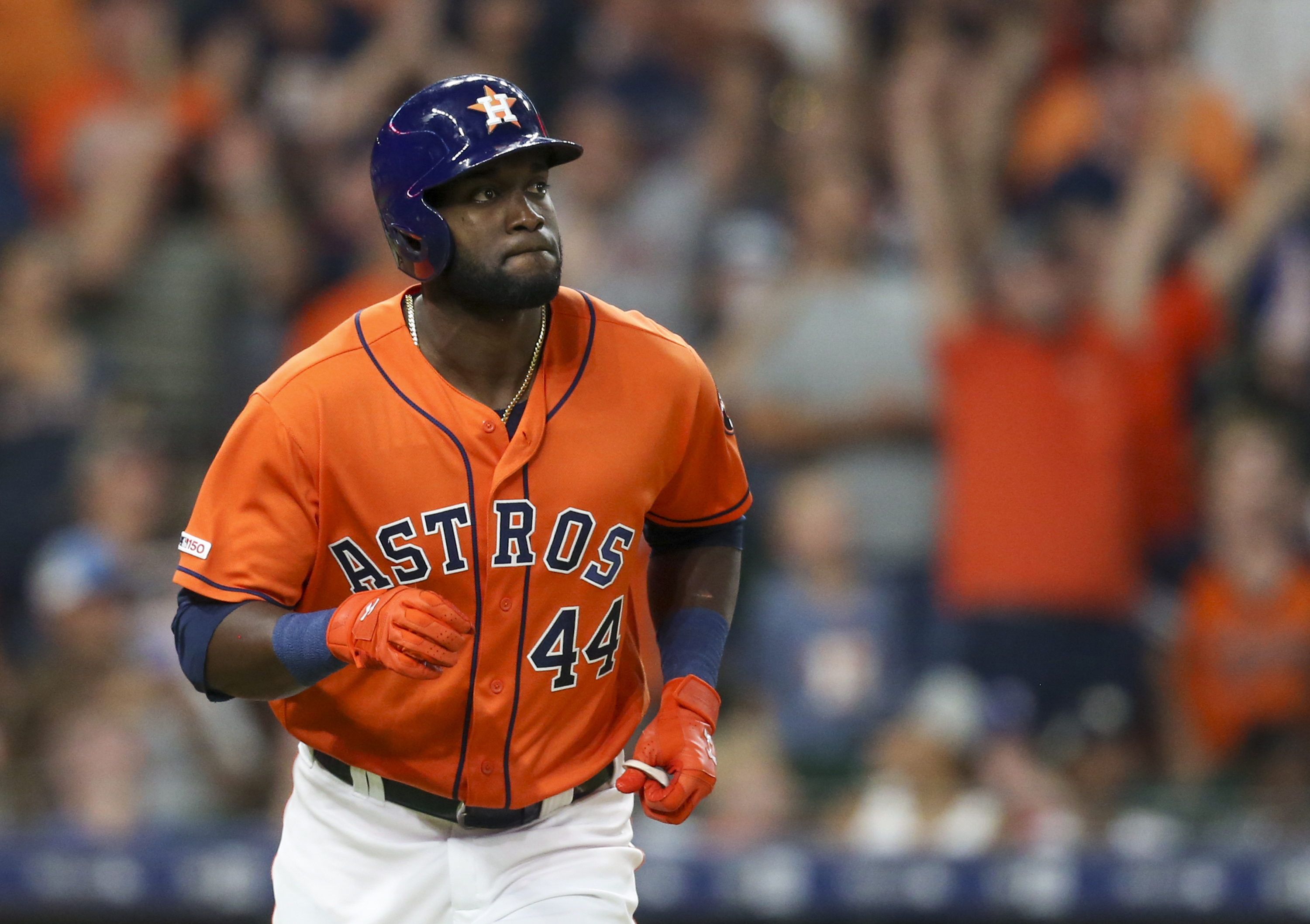 Houston Astros rookie designated hitter Yordan Alvarez set a Major League Baseball record against the Oakland Athletics when he hit a double in the third inning which scored Astros veteran second baseman Jose Altuve on Monday. Alvarez recorded his 35th run batted in of the season in an 11-1 Astros win and set the MLB record for most runs batted in by a player after his first 30 regular season games.

Alvarez’s home run came off of Athletics starting pitcher Homer Bailey, who the Athletics recently acquired. Bailey of La Grange, TX, was traded from the Kansas City Royals to the Oakland Athletics for minor league shortstop Kevin Merrell of Odessa, FL on July 14. Alvarez then hit his RBI double off of Athletics relief pitcher Brian Schlitter of Oak Park, TX.

Alvarez, who is a 22 year-old Cuban that also plays first base and outfield, broke the record previously set by Albert Pujols, when he was playing for the St. Louis Cardinals. During the 2001 Major League Baseball regular season, Pujols had 34 runs batted in while playing in his first 30 regular season games.

Alvarez is part of a dangerous Astros offensive lineup on a Houston team looking to win its second World Series in three years. It also includes Altuve, veteran outfielders George Springer of New Britain, CT, Josh Reddick of Savannah, GA and Michael Brantley of Bellevue, WA, shortstop Alex Bregman of Albuquerque, NM, first baseman Yuli Gurriel and third baseman Aledmys Diaz. Altuve was the American League most valuable player in 2017 and Springer was the World Series most valuable player in 2017.