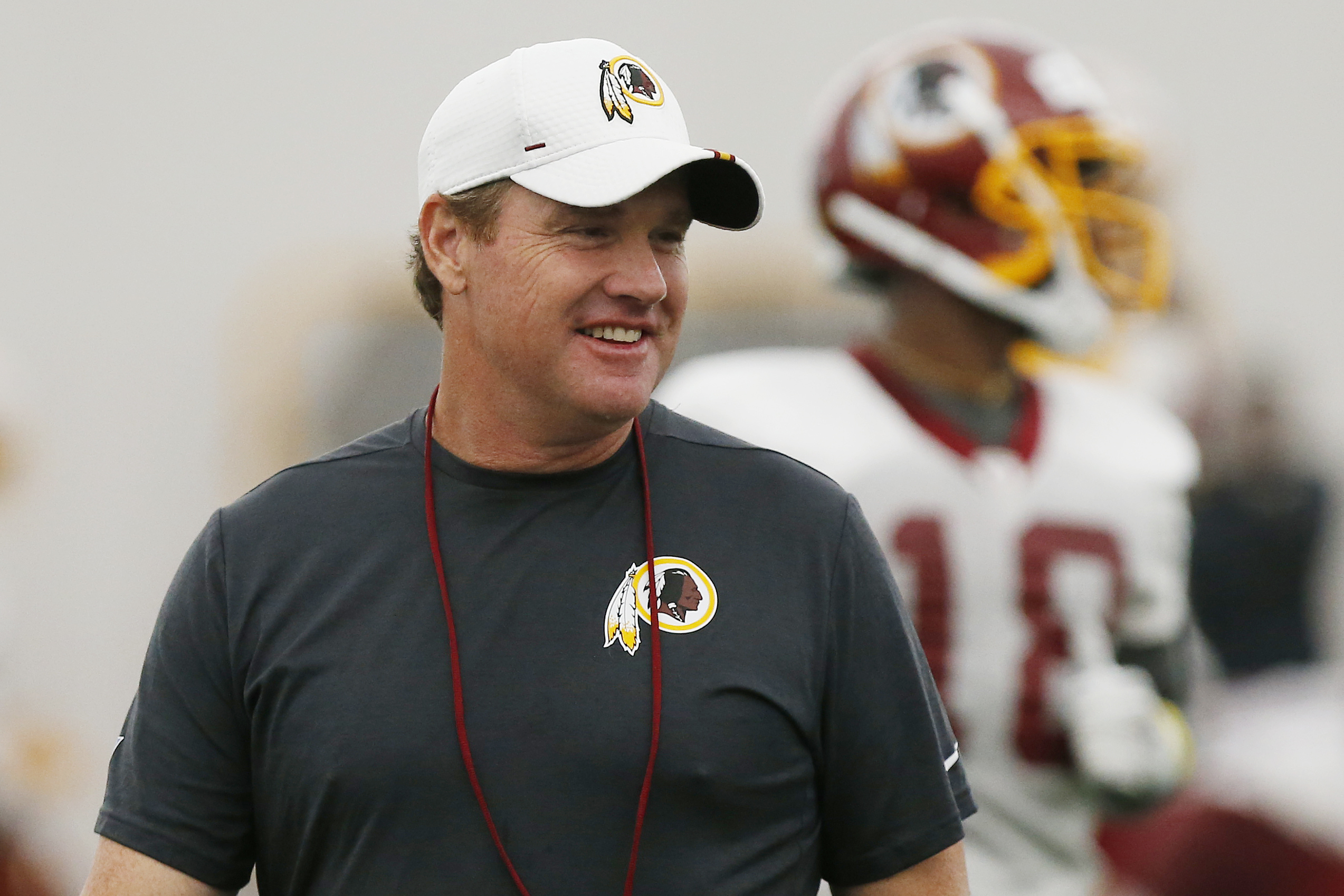 Training camps around the league officially opened on Wednesday, and Redskins head coach Jay Gruden wasted no time in drawing some laughter from the local media.

Gruden is known for his personality, both on and off the field, which is a big reason why he’s considered to be a players’ coach. He showed that in speaking to the media on Wednesday, when he hilariously trolled cornerback Josh Norman.

Norman recently participated in the Running of the Bulls in Pamplona, and he was seen jumping over one of the extremely-large animals. Gruden was asked how he felt about it, and that’s when he dropped this funny zinger — poking fun at how Norman often shies away from contact.

“I knew the bull wouldn’t hit him — he avoids contact,” Gruden said with a laugh.

#Redskins HC Jay Gruden on the viral video of Josh Norman jumping over a bull: "I knew the bull wouldn't hit him… he avoids contact!" 😂 😂pic.twitter.com/nAVqg8SVAz

For reference, here’s the video.

Redskins CB Josh Norman is out here JUMPING OVER bulls in Pamplona 😧 pic.twitter.com/QzZhg02Any