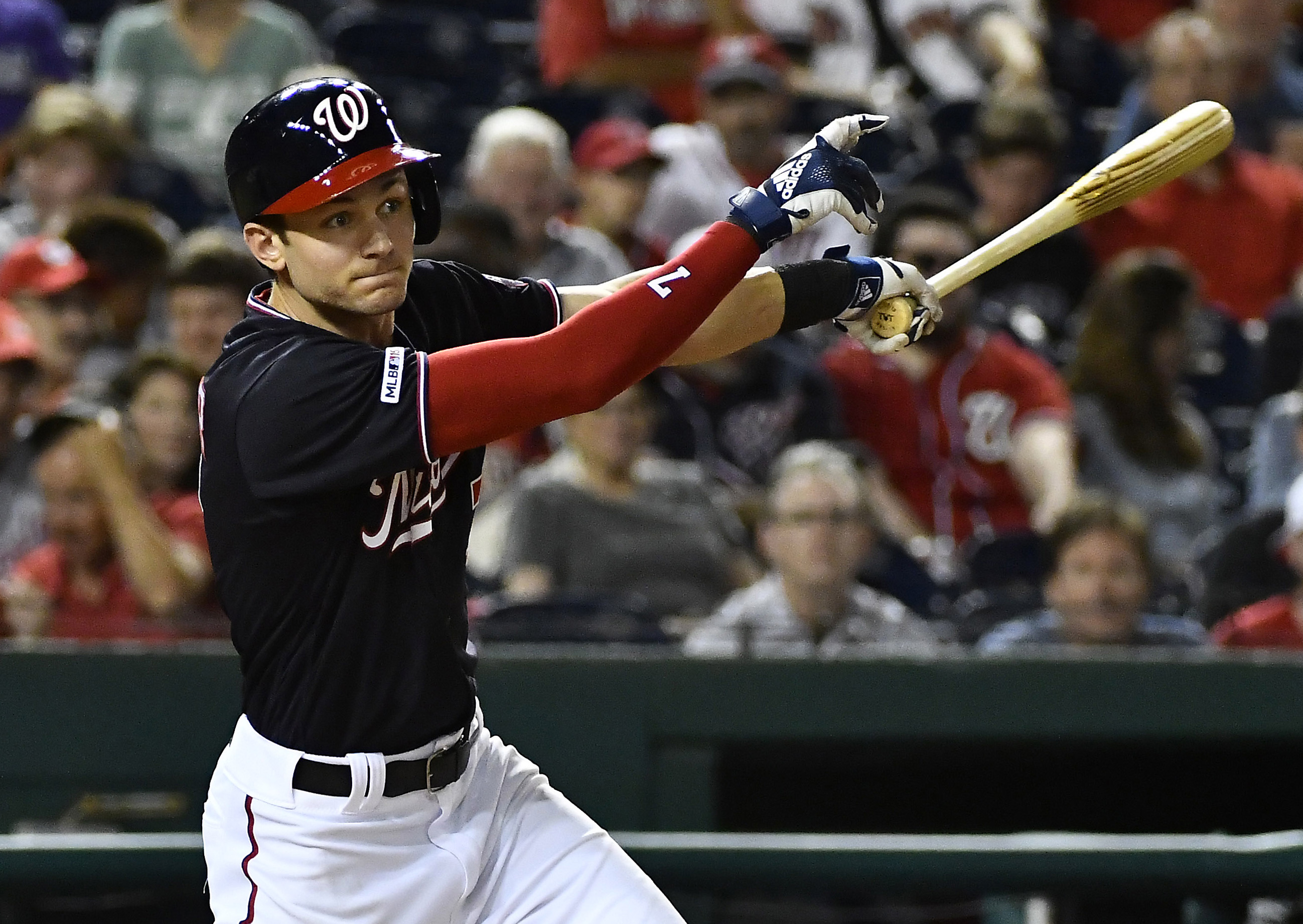 On Tuesday, Turner began the scoring with a solo home run in the first inning. That was followed by an infield single in the second inning, a lead off triple in the fifth inning and a two out double in the seventh inning that scored Nationals right fielder Gerardo Parra.

Turner is one of four Major League Baseball players to hit for the cycle this season. The others are Jorge Polanco of the Minnesota Twins, Shohei Ohtani of the Los Angeles Angels and Jake Bauers of the Cleveland Indians.

Only two other Nationals players have hit for the cycle. They are Brad Wilkerson on April 6, 2005 against the Philadelphia Phillies and Cristian Guzman against the Los Angeles Dodgers on August 28, 2008. Interestingly, Wilkerson also had two career cycles as his first was with the Montreal Expos in 2003 (two years before the Expos moved to Washington).

The 24 other players who have hit two career cycles since 1920 are George Sisler of the St. Louis Browns, Bob Meusel of the New York Yankees, Babe Herman of the Brooklyn Robins, Chuck Klein of the Philadelphia Phillies, Mickey Cochrane of the Philadelphia Athletics, Lou Gehrig of the New York Yankees, Arky Vaughan of the Pittsburgh Pirates, Joe Cronin of the Washington Senators/Boston Red Sox, Bobby Doerr of the Boston Red Sox, Joe DiMaggio of the New York Yankees, Wally Westlake of the Pittsburgh Pirates, Ken Boyer of the St. Louis Cardinals, Jim Fregosi of the California Angels, Cesar Cedeno of the Houston Astros, Bob Watson of the Houston Astros/Boston Red Sox, Frank White of the Kansas City Royals, Chris Speier of the Montreal Expos/San Francisco Giants, George Brett of the Kansas City Royals, John Olerud of the New York Mets/Seattle Mariners, Aaron Hill of the Arizona Diamondbacks, Adrian Beltre of the Arizona Diamondbacks/Texas Rangers, Michael Cuddyer of the Minnesota Twins/Colorado Rockies, Carlos Gomez of the Minnesota Twins/Texas Rangers, Christian Yelich of the Milwaukee Brewers and Brock Holt of the Boston Red Sox.