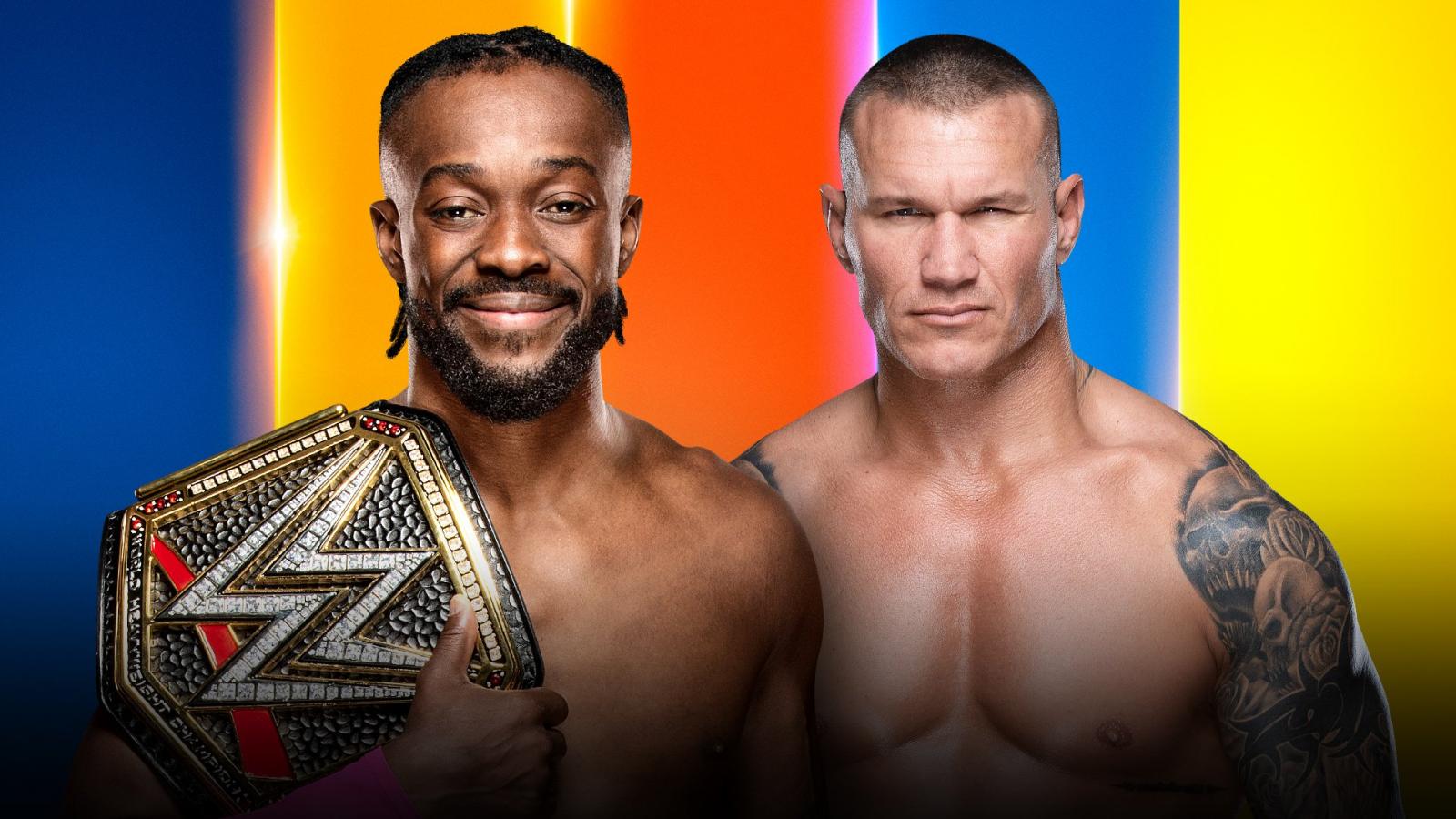 Randy Orton will challenge Kofi Kingston for the WWE Championship at SummerSlam on Sunday, August 11. The match was announced on the July 23 edition of SmackDown Live and now fans are waiting to see how this renewed rivalry unfolds between the two Superstars.

But this is not the typical paint-by-numbers WWE showdown. This one has some history behind it and longtime fans understood it was only a matter of time until that history would need revisiting. Now that the match has been made official, it’s obvious that The Viper is the perfect opponent for the WWE champion.

This match was inevitable and everyone knew it. Kofi has been getting by with a smile and The New Day’s pancakes since he won the WWE Championship at WrestleMania 35. He’s had some good matches with some talented opponents, including Kevin Owens and Dolph Ziggler. Slowly but surely, Kingston has won over many of his critics who believed he just wasn’t the right fit for WWE champion.

But despite the forward progress he’s made, Kofi continues to lag behind. He’s needed something more than just the customary feud and ensuing title defenses. More importantly, he deserved more. There’s nothing worse than short-term booking with no real substance and that’s exactly what Kofi has faced since becoming the man on SmackDown Live. But all of that has changed now.

Now, Kingston’s title run has led him to Randy Orton. Their paths have crossed before of course and Kofi reminded the world of that fact on July 23. Kofi called Orton out for holing him back in 2009, when the two men were in the midst of a program together. Many fans believed that Kofi was headed for big things during that time and it did appear that he was on his way to the top of WWE.

However that fast ride became an even faster fall, as Orton infamously sabotaged Kingston’s career with WWE management. Randy was reportedly not happy with Kofi’s performance and he let the boss know about it. News of the situation broke online at the time and when it happened, Orton’s reputation as a true-life heel was firmly established.

Fans wanted Kofi and he was taken away from them. 10 years passed before Kingston would finally get his shot at the big time. While there’s no way to know for certain, it’s reasonable to believe that if the feud with Orton had not gone south, Kofi would have reached the top much sooner.

This is precisely the foundation on which the new feud between Orton and Kingston is being constructed. The WWE faithful can see how important it is for Kofi and that fact was made clear when he came face-to-face with Orton on SmackDown. For the first time since the two men shared the same ring, Kingston seemed to be in full control of the moment. He was cool, confident and a bit cocky as well.

But when The Viper comes around, fear is the absolute last thing that a WWE Superstar can show. This is especially true of Kofi Kingston, who has been the top champion of Vince McMahon’s company for nearly four months. His character must possess confidence at this point. Why wouldn’t he? He’s bested everyone that’s tested him and he’s done it by sticking to what brought him to the table.

Kofi never changed his game. He didn’t trade in his unicorn horn for a briefcase. Three piece suits didn’t replace the multi-colored tights. WWE never tweaked Kingston’s presentation and through it all, Kofi the champion is the same man as Kofi the contender. But the biggest exception is that he’s now got even more to prove than he did before.

Winning the WWE Championship didn’t signal Kofi’s arrival as a main event player. He had proven that point long before he won the title. Kingston’s hard work truly began when he became the champ. Kingston kept his fire and no matter how much his haters may have complained, Kofi also kept his smile. He knows who he is and he knows what works for him.

But he’s definitely been missing that one highly entertaining, yet deeply intriguing rivalry. Facing the challenger of the month is not enough for Kingston and it never really has been. Kofi needed someone like Randy Orton to push him to his limit. Orton’s character is dangerous and extremely unpredictable. He can snap on anyone at any time and when he does so, there’s no way to stop him.

If Kofi beats Orton at SummerSlam, then it’s possible that the champ will be safe for the time being. Orton is the toughest opponent of Kofi’s title run thus far, because he’s the one guy that can believably win in his first attempt and never look back. Kingston could wind up without his title and shoved back down the ladder in WWE.

But the company is fully aware of how the storyline looks from a distance. Kingston appears to be on his way to the end and it’s obvious. However that’s exactly why Orton should not go over at SummerSlam. If the goal is to keep the title on Kofi, then he needs to face the best and beat the best. But he must keep winning.

Kofi is the fighter that will not quit, despite the odds leveled against him. It’s not just a character, it’s who he is. His WWE Championship win was more than just a pro wrestling title belt changing hands. It meant so much to so many people that truly respect and love Kofi for who he is and for what he does in the ring. If he can overcome Randy Orton, then it will validate Kingston’s entire championship reign. Whether or not that will actually happen, remains to be seen.