Your Morning Dump...Where the NBA puts its foot down on tampering 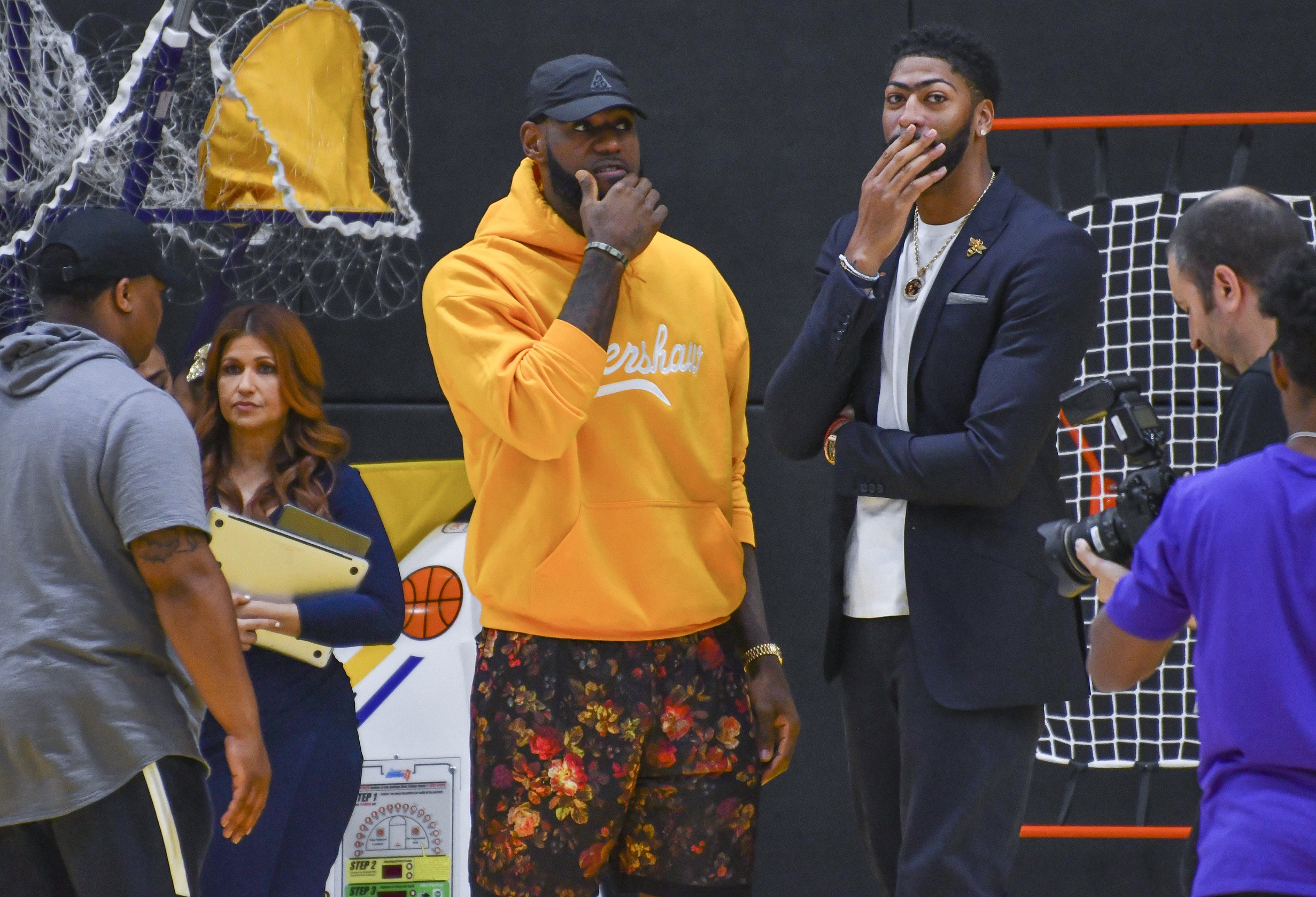 Your Morning Dump...Where the NBA puts its foot down on tampering

The N.B.A. has begun an investigation into how teams handled free agency this summer, focusing on whether improper inducements were offered to players to circumvent the salary cap, according to a person with direct knowledge of the situation…

The N.B.A. is also exploring whether it needs to change its rules against tampering. Several players committed to signing with a team as soon as free agency negotiations officially opened at 6 p.m. on June 30 — even though teams were not allowed to begin recruiting before then. League rules prohibit players, coaches and front office executives from enticing an athlete under contract with another team to come play for their franchise…

A number of deals seemed to be completed at breakneck speed. Kemba Walker committed to the Boston Celtics and Kyrie Irving to the Nets almost immediately when free agency began, and the likelihood of the moves was essentially known for days.

Tampering? In the NBA? Under our savior Adam Silver’s command? Get out of town.

Everyone knows that teams are compliant with the NBA’s CBA and are good samaritans when it comes to this type of stuff. It would be downright demoralizing if we had all of these strict rules in place just to have them be violated.

Okay, back to reality.

When I first read this my first instinct was to cackle at how speculative in nature the article was. Obviously the NY Times can’t really just go out there and flat out start accusing teams, but I’m not the NY Times, so I’ll do it. Every team, and I mean every single team, tampers.

Just this year Magic Johnson literally quit his job as Lakers President of Basketball Operations because he wasn’t allowed to tamper (and tweet) and got fined for it multiple times. Anthony Davis was signed, sealed, and delivered to the Lakers in like February after the star told teams he’d be a rental anywhere else. Kristaps Porzingis basically forced his way to Dallas to team up with Luka Doncic. Kyrie and Kevin Durant were chumming it up at the All-Star game with stars in their eyes over the Big Apple. Kawhi Leonard’s free agency came with a slew of red flags in regards to breaking the rules (Uncle Dennis reportedly asking teams for houses, planes, and sponsorship money is ridiculous in it’s own right). Then to top it all off, a bunch of big name free agents were off the board before free agency even started.

This is a tale as old as time and it’s surprising as to why all of a sudden this free agency was the one to push the league over the edge. For as long as I can remember the minute free agency starts is a whirlwind of deals all at once. Free agency used to open at midnight so maybe it slid under the radar a bit, but the same thing has always happened.

Does everyone just completely forget what happened in Miami in 2010? LeBron James, Dwyane Wade, and Chris Bosh all teamed up in Miami AND took pay-cuts to do so. LeBron was making only 14.5 million dollars per year. Even in 2010, that’s baffling. I’ll repeat, LeBron James was really making Marvin Williams money so the Heat could stay underneath the salary cap. You absolutely cannot look me in the face and tell me there wasn’t any sort of foul play or under the table offerings involved with that whole charade.

Even the Celtics were caught up in the storm as they believed Al Horford made his decision well before free agency opened when he cut off negotiations with the team on June 18th after declining his player option. Love Danny, but coming from him after having Kemba Walker in the bag days before free agency, it’s a bit hypocritical.

It should be interesting to see how the league handles this and what rule changes might be on the horizon.

For now the point is, teams tamper, they maneuver the salary cap, and if you’re not tampering in today’s NBA, you aren’t tryin’.

Page 2: Where the Celtics are making Finals predictions…again

“I’m going to average over 20,” he said presumably referring to his scoring average. “All-Star and the Celtics are going to the championship.”

Everything in this video was reasonable until that last little tidbit about the Celtics coming out of the East. I guess we did not all learn how predictions like this go over last year. There was Kyrie saying “Nobody is going to beat us in 7 games”, Jaylen guaranteeing 5 straight titles, and much more before they won a single round in the playoffs. Confidence and swagger is all fine and dandy, but can we just refrain from these public statements until they actually make it to the Finals? I don’t think that’s too much to ask for.

Also, for all of you NBA 2K fans out there, an 85 is the correct rating for Jayson Tatum. 2K pumped his tires last year when they slapped an 87 on him to start the season when in reality he probably was more like an 83-84. I’m rooting for him though, get that rating up to a 90 and let’s let it ride in PlayNow Online.