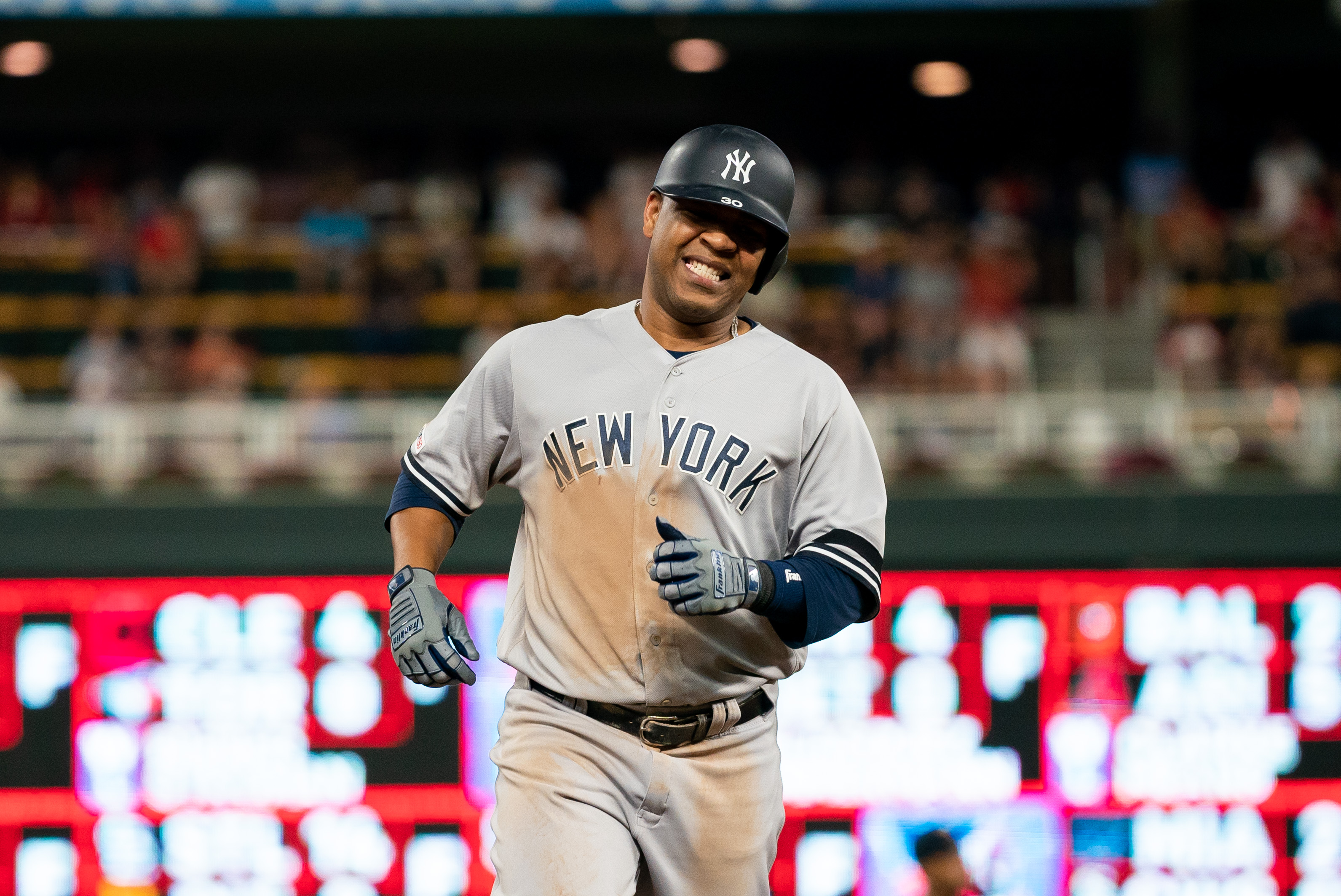 Edwin Encarnacion of the New York Yankees became the 19th player in Major League Baseball history to record 30 home runs in a minimum of eight consecutive seasons on Wednesday. Encarnacion smacked his 30th dinger of the year in a 10-7 Yankees win over the Minnesota Twins at Target Field in Minneapolis, MN.

Encarnacion hit his 30th home run of the season off of Twins lefthanded relief pitcher Devin Smeltzer in the top of the ninth inning to put the Yankees up 10-7. It was one of two extra base hits Encarnacion had in the game as he also had a double to lead off the second inning.

Six of the 19 players who have hit 30 or more home runs in eight consecutive seasons have played for the Yankees. The other five are Alex Rodriguez of New York City, NY, Lou Gehrig of Yorkville, NY, Babe Ruth of Baltimore, MD, Mickey Mantle of Spavinaw, OK and Mark Teixeira of Annapolis, MD.