Good Times in Goodyear Blue: A Cespedes for the Rest of Us 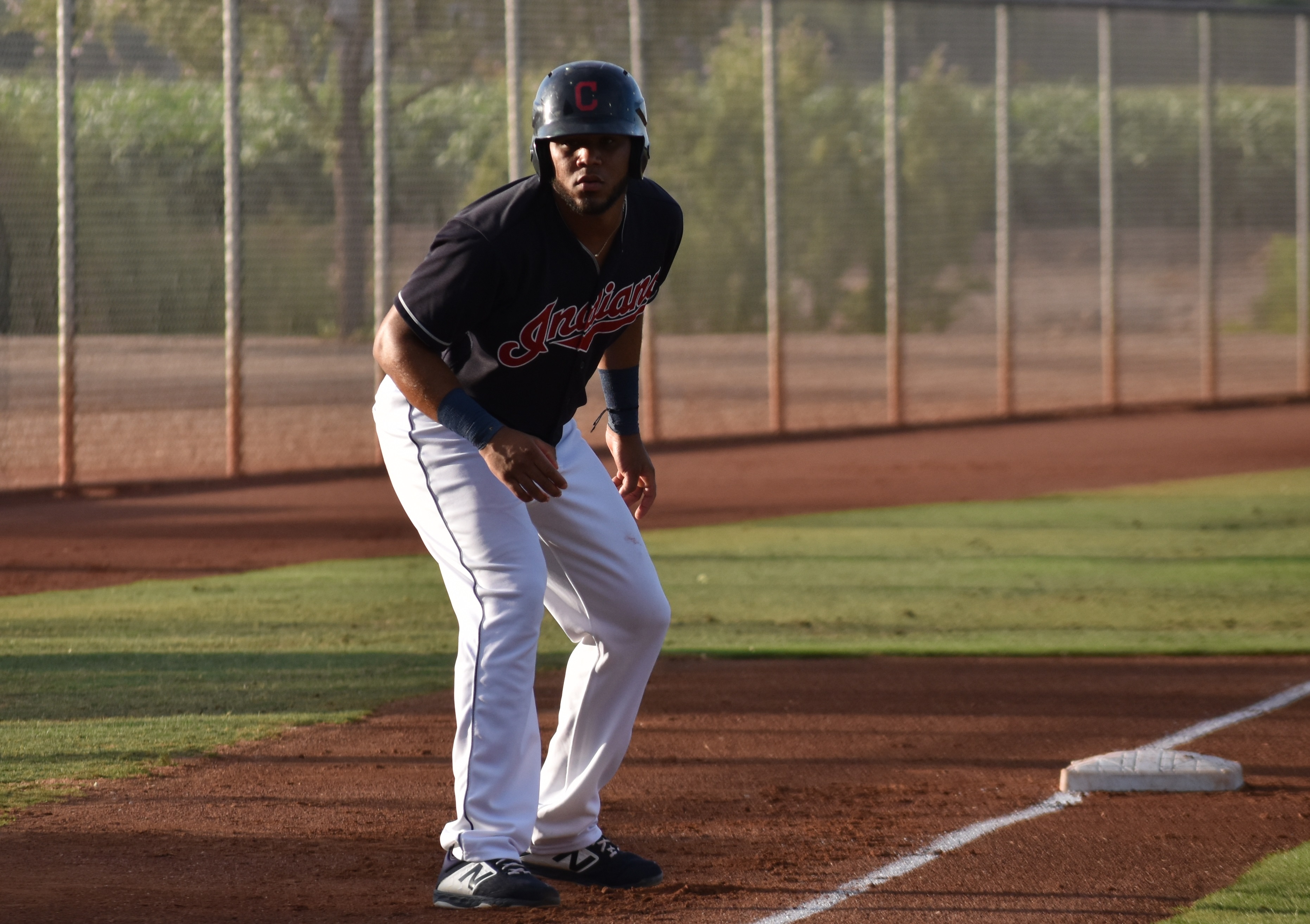 Good Times in Goodyear Blue: A Cespedes for the Rest of Us

The Arizona Indians Blue clinched a first half division title with their win against Padres 1 on Sunday, then played one more game before beginning the second half of the season on Tuesday. This first half win is good for one of six play-off spots once the regular season ends, but there is still more to play for as the teams with the top two records get a first round/game bye once the post-season starts. As of July 25th, Indians Blue are currently tied for the second best record with a mark of 20-10 with the AZL Rangers, just behind Giants Orange.

When they needed to most, Indians Blue came through spectacularly with 14 hits and 10 runs against Padres 1. Aaron Bracho continued his hot run with two hits, two runs and two RBI. Wilfri Peralta hit a three run shot for his first home run of the season on the way to ten runs.

Hunter Gaddis made the start, his sixth appearance this year, and went three innings, striking out five. He has now struck out five in three of his last four appearances while going three innings in each appearance. He has a 3.14 ERA on the season, but has never given up more than two runs in any one appearance.

The rest of the week was the Cristopher Cespedes show. He had three hits on Monday, Tuesday, Wednesday and Thursday including six doubles and two walks. Prior to this run, he had been hitting .250/.312/.440, but after he had reached .327/.384/.545 in the span of just four games. At 21 years old, Cespedes isn’t that much older than the rest of the team (since so many college players now start in Arizona), but he has been with the team for an unprecedented length of time. Cespedes was originally promoted to the AZL in 2016, then spent all of 2017 in the Dominican Summer League before coming back in 2018. Because it was just a short stint in 2016, this season counts as his second in the AZL, but it certainly feels like he has been here forever.

There wasn’t much more excitement in the loss against the Angels on July 22nd  (although Bracho added two more hits), but Randy Labaut had another solid relief appearance. This time he went three innings without a hit or a run allowed, moving his streak without allowing an earned run to five games and 13.1 innings. While he walked two in this game alone, he has just three walks on the season and 13 strike outs.

Team Blue finished the week with a two game set against the Mariners that they split, despite scoring 19 runs. In game one, Cespedes and Bracho lead the way again on offense while Julian Escobedo added a double and Pablo Jimenez hit a triple.

Jordan Jones earned the win in long relief with three perfect innings and three strike outs. Jones now has 19 strike outs with six walks allowed in 18.1 innings. His 2.95 ERA is best among all Indians Blue pitchers with at least 15 innings, although Nic Enright still leads all relievers with a 1.13 mark through his first eight innings.

The Indians got a good start from Luis D. Garcia on Wednesday night against Seattle (5 IP, 2 ER, 3 K, 0 BB) and a grand slam from Jeikol Contreras, but the bullpen fell apart worse than any other game previously this season as three different pitchers gave up multiple runs in each of the last three innings. It wasn’t nearly all on the pitchers, however, as six of the runs were unearned thanks to an incredible seven errors in the game.

Jhonkensy Noel had a great game at the plate (3 H, 1 R, 1 RBI), but struggled defensively at third base. This was Noel’s second game this year at third base and he committed his first two errors, both on throws, of the season. He had a couple other questionable plays as well that were not considered errors. Contreras, who had the grand slam on his side offensively, committed two errors at first base, one on a fielding play, one on a thrown ball.

Indians Blue pitching has been fine overall, but the real standouts of the season have been the offensive players. Julian Escobedo started out strong, but has fallen back a little bit of late and now sits at #11 in the entire AZL with a 158 wRC+. He has recently been surpassed by Bracho, who is now #10 with a 163 while Cespedes’ 140 puts him in 24th, largely propelled by his performance this week. Finally, after his hot streak last week, Will Brennan ranks 27th with a 138. Brennan also has the truly incredible 4% strike out rate. Going back to 2006, this is the best mark of any Arizona League player with at least 100 plate appearances.