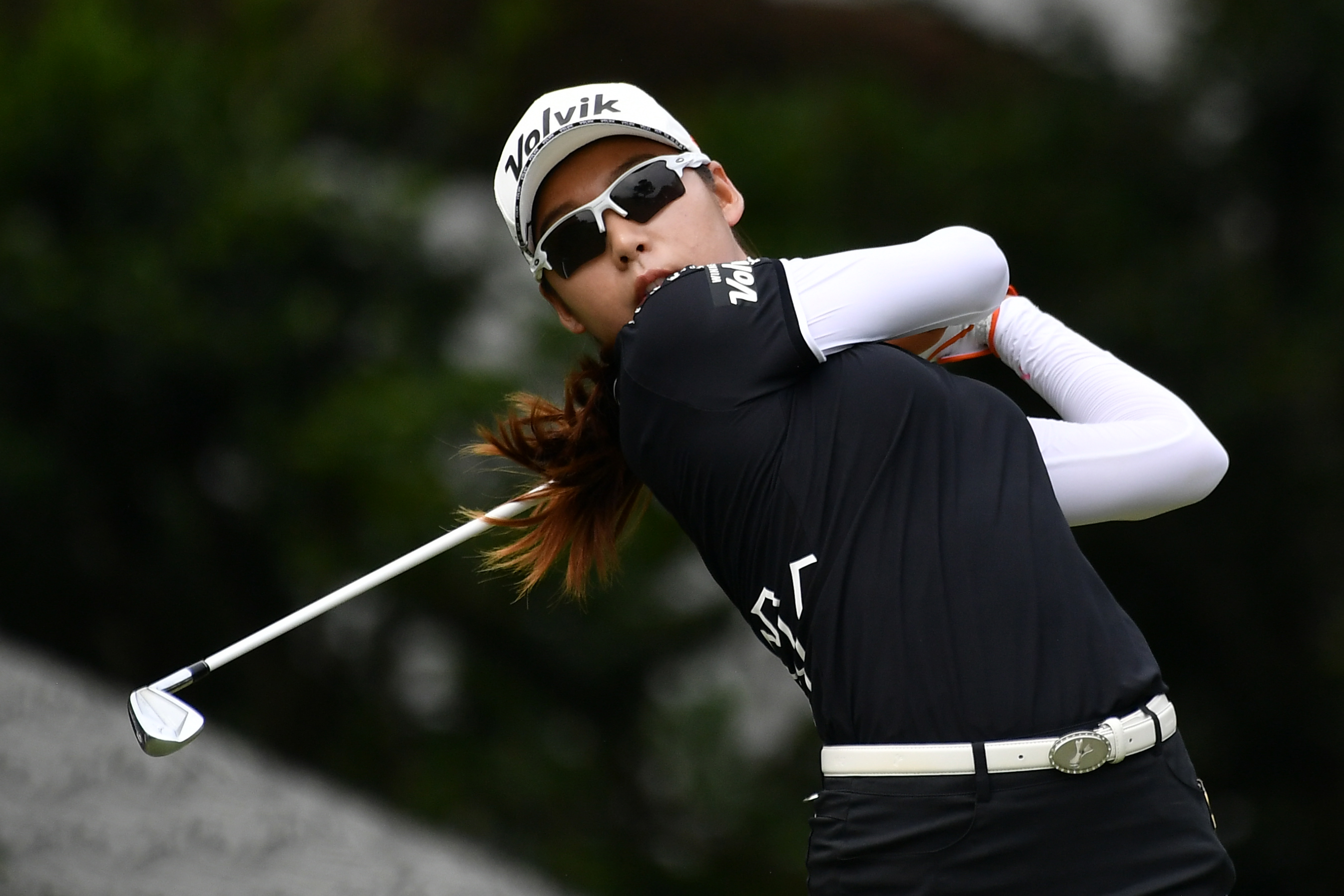 Mi Hyang Lee of South Korea leads after the second round of the 2019 Evian Championship in Evian-Les-Bains, France. On Friday, in the final round before the cut, Lee shot a four-under par 67 and is currently the only golfer in the tournament in double digits, as she is -10.

Lee has a one stroke lead on three other South Koreans. Hyo-joo Kim, Inbee Park and Sung-Hyun Park are all at -9. The other golfer in striking distance of Lee is Shanshan Feng of China, who is three strokes back at -7.

During Lee’s round of 67, she had four birdies, an eagle and a double bogey. Lee’s birdies came on the first, second, 16th and 17th holes. Her eagle was on the 18th hole and her double bogey was on the ninth hole.

It was a nice bounce back for Lee on the 18th hole on Friday. In round one on the same hole, Lee had a bogey.

However it is clear that Lee cannot afford too many more scores of sevens on one hole if she hopes to win her first career major of her career. The best result Lee has had at a major to date was a second place in 2019. In the first major in women’s golf in 2019 at the ANA Inspiration, Lee had a final round score of -7, but lost to Jin-young Ko of South Korea by three strokes.

It was a very tough day for Paula Creamer. After leading the Evian Championship, the native of Mountain View, CA shot a score of five over par to drop from -7 to -2 and in a seven-way tie for 24th place.

Creamer is the second American golfer in two weeks to struggle after leading at a major. Last week at the British Open for the men, J.B. Holmes of Campbellsville, KY was tied for the lead after the second round with eventual champion Shane Lowry of Ireland. After the third round, Holmes was in third place at -10. However in the fourth round, Holmes had a disastrous round as he shot a fourth round score of +16 and dropped from third place to 67th.