Taking it all in with a grain of salt at Eagles TC... 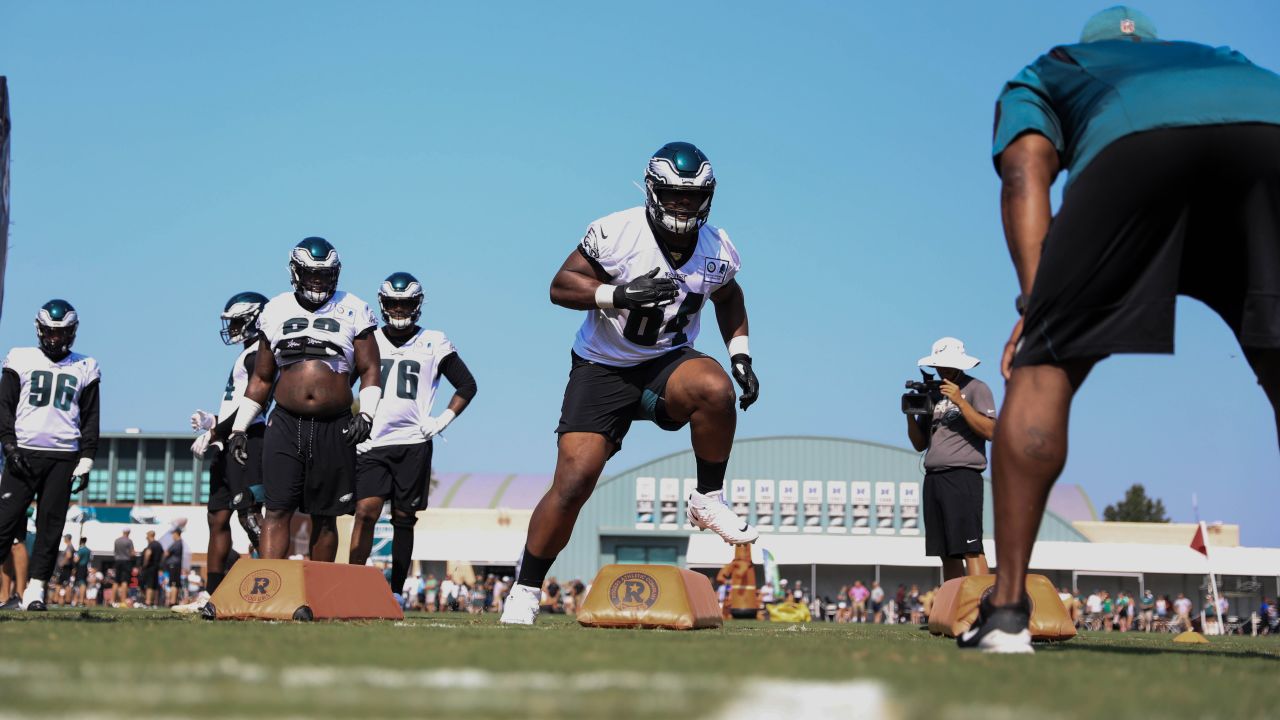 Taking it all in with a grain of salt at Eagles TC...

The boys are back, and it’s almost unnerving to realize we’re about this close to the August preseason schedule.

Guys who are allowed to observe practices are writing their tails off trying to analyze who looks good in shorts-and-shells drills. EYE don’t care about that stuff much, a great catch here, a solid throw there, a pass defensed along the sideline, a running back busts a move…none of that matters in July until the pads go on—and on they go this weekend.

By the way, if you were wondering what the Eagles conditioning test consists of under Doug Pederson’s watch, it’s like this, as Aaron Kasinitz detailed for PennLive.com three years ago:

“They consist of two sets of 10 sprints of different lengths, with players needing to finish each sprint in a predetermined amount of time. The time is adjusted for players of different sizes and positions.”

Pederson and his staff won’t judge players based on their specific times. Rather, the players either finish their sprints before the timed deadline to earn the right to practice, or they take too long on the fitness test and miss the start of training camp.

“It’s just a pass-fail just to see where they’re at and see what they been doing to prepare themselves for the past six weeks,” said Pederson.

In my opinion, the sprints are the toughest for the athletes who focused more on weights as opposed to cardio in their pre-TC workouts. Failing a conditioning test doesn’t always mean the guy wasn’t working his tail off to get ready for the season.

But if you want to play for Doug, you better get that roadwork in!

Saw an interesting tidbit which relates to my own conspiracy theory that our defensive secondary could be a house of cards.

The roster is back at its maximum of 90 players after the Eagles claimed cornerback Alex Brown off waivers from the San Francisco 49ers on Friday. This happened after Jalen Mills was placed on the physically unable to perform list Thursday and Cre’Von LeBlanc had an “injury-related” absence Friday, according to defensive coordinator Jim Schwartz.

I’m sorry, but that’s 10 cornerbacks on the roster now, and maybe only five of them are healthy. If this trend continues, the Eagles may get burned badly by relying too much on the potential comebacks of Ronald Darby, Mills, Avonte Maddox, Rasul Douglas, Sidney Jones and LeBlanc.

In fact the safety group is kinda thin healthwise, too. For instance, at Friday’s workout, McLeod and Countess were missing:

Friday’s practice mostly focused on group install and individual drills, and some of the players who spent Thursday’s practice working off to the side were able to work with the first team. Brooks was the first-team right guard between right tackle Lane Johnson and center Jason Kelce during offensive install periods before returning to the sideline for team drills.