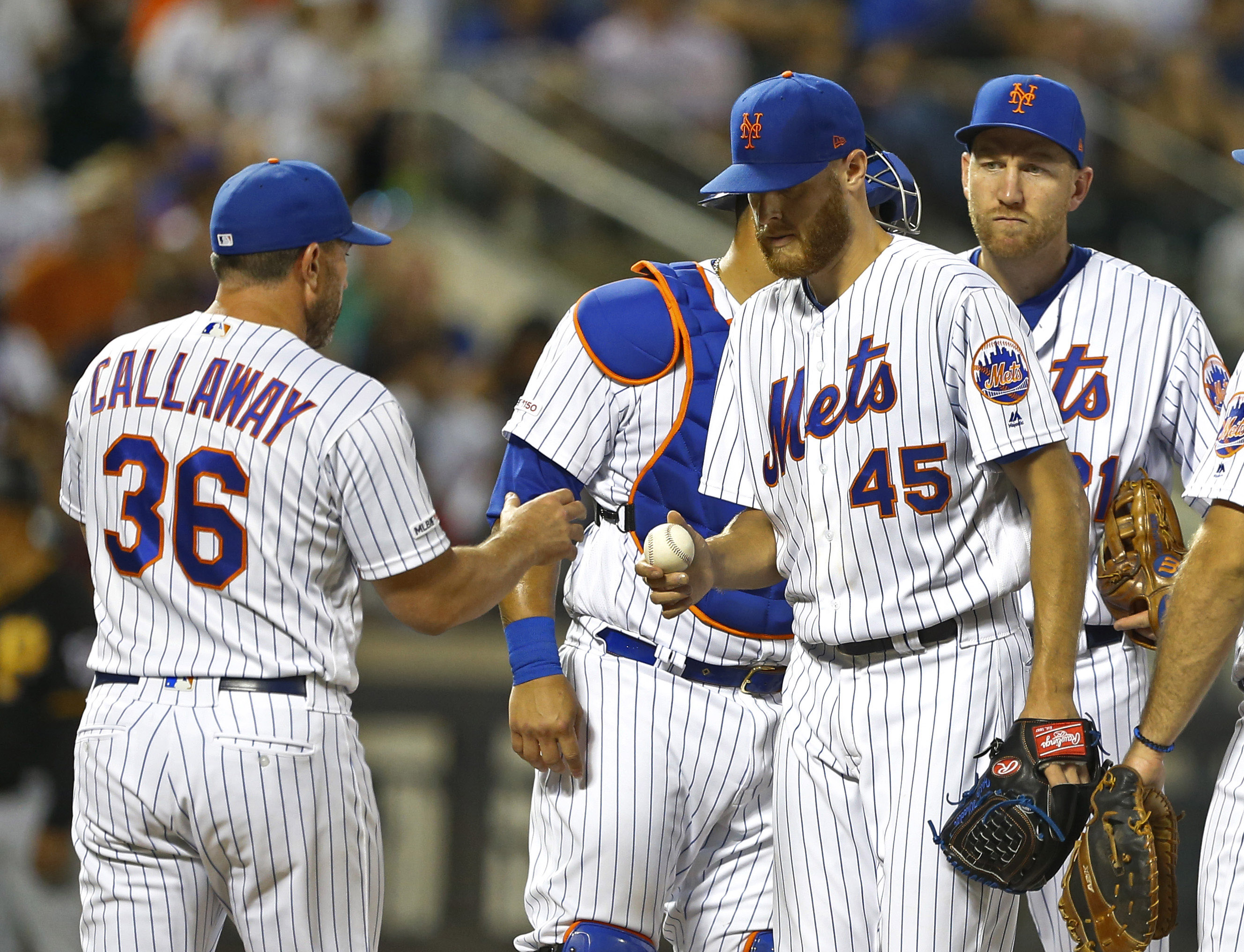 Zack Wheeler showed the world he was healthy on Friday. In his first test since coming off shoulder fatigue, Wheeler went five and a third against the Pirates, giving up three runs in only 73 pitches … and most importantly, touching 97 on the gun in the sixth inning. If teams were unsure about Wheeler’s health, Zack did everything he reasonably could to allay any fears that teams had about him.

The Mets played longball on the offensive side for him (McNeil with a three run job in the third, and Frazier, Alonso and Ramos follwed with solo shots), and the bullpen held on for a 6-3 Mets win. But now it’s in God’s hands. Well … it’s actually in Brodie Von Monorail’s hands but I’m praying to a higher power that Brodie doesn’t screw all this up.

I feel like the Mets are in such a state of limbo with all of these reports. Wheeler’s getting traded. Wheeler’s getting an extension. They’re listening on Syndergaard. They want three arms and a leg for him. They’re definitely trading him. They want him on the first plane to Vancouver. He’ll go anywhere. He’s only going to the Braves or the Padres. The Twins want him. The Mets want top prospects. They want major leaguers.

There have been worse trade deadlines and worse off season in terms of the multitude of silly rumors that turned into nothing. But now that Wheeler is okay and pretty much all clear, I have a feeling something is going to happen. It’s either going to be relief, surprise, or disgust. Because I’m a Mets fan, you know which one I’m bracing for.

So there were puppies at Citi Field:

Here’s Jeff McNeil, the major league leader in batting average, taking a break during batting practice to FaceTime his wife because he wants to adopt one of the rescued puppies at Citi Field today. pic.twitter.com/jUSpowTLQ8

To be clear, I don’t hate puppies.

PUPDATE: Jeff McNeil insists the reason why he hit a home run tonight is because he held a puppy earlier in the day. He said if his wife wants him to hit more home runs going forward, she should agree to adopt the puppy.

Okay, but if getting a puppy is going to cause Jeff McNeil to start pulling the ball and swinging for the fences while bringing his average down to .250, then maybe McNeil should think about animals that are more in tune with his hitting style.