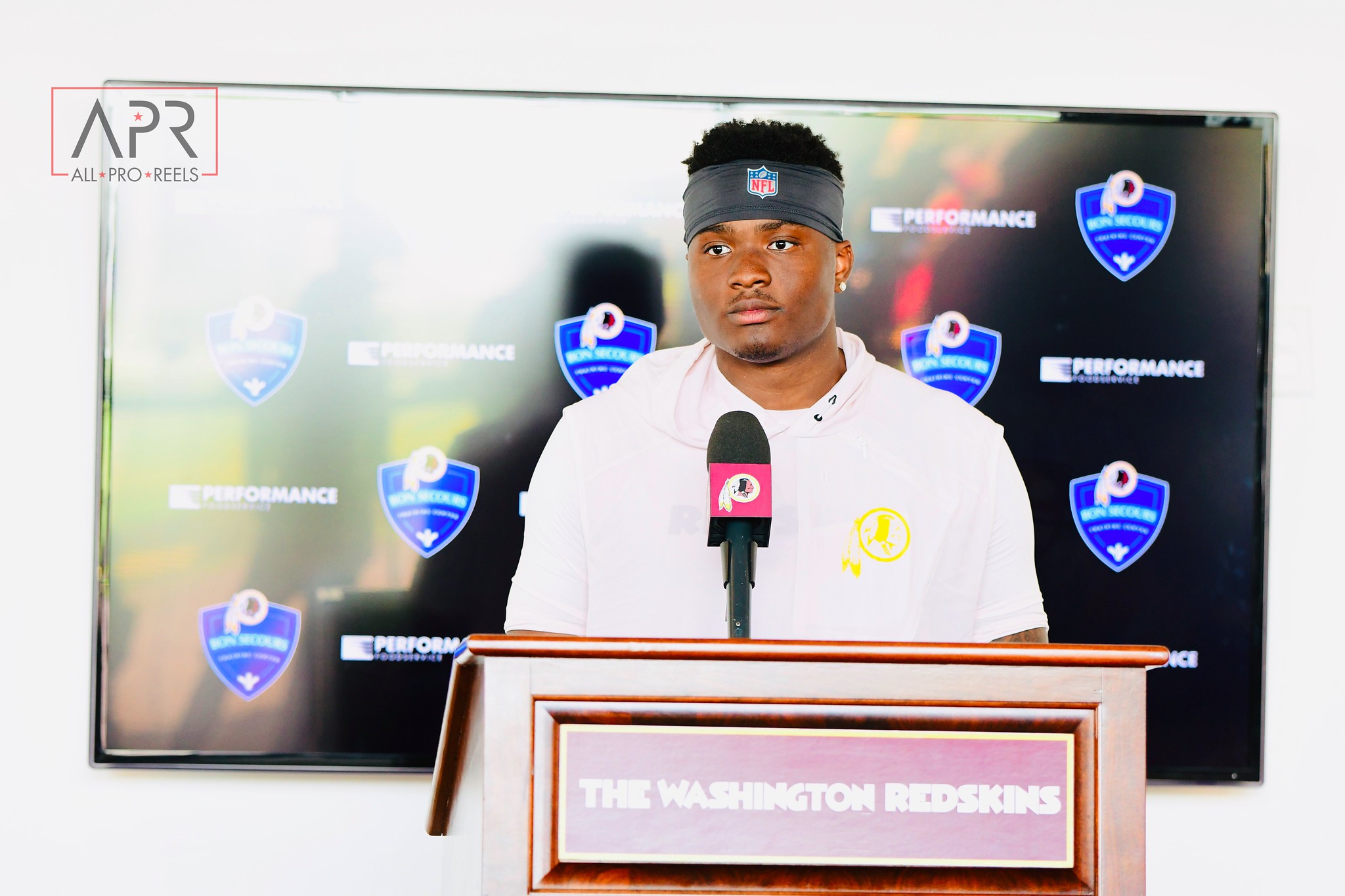 As he did in minicamp, the rookie signal caller battling for the starting position showcased his arm strength and occassional accuracy, but what stood out the most after days 1 and 2 was his articulation of his vision of becoming a successful quarterback in Jay Gruden’s system.

For starters, Haskins understands the importance of internalizing the playbook.

While Haskins claims the speed of the NFL won’t be a major adjustment from college, adapting to instinctive NFL defenses and their ability to read the quarterback quicker than college defenders is a major step forward.

“Guys are more instinctive and know what they’re doing more and they do a better job reading me. That is why I am trying to figure out how to beat them.”

This approach should help strengthen Haskins’ decision-making, both pre-snap and in the middle of plays, by understanding that NFL defenders aren’t as easily fooled. As camp progresses, we should look for Haskins to improve a variety of QB skills, such as looking off defenders, calling audibles and hot routes, and using his legs wisely.

Haskins is also absorbing the wisdom of the veteran quarterbacks around him, including Alex Smith who has been present – on crutches – both on the field and in meetings. Haskins is intent on picking the brains of Smith, Colt McCoy and Case Keenum, particularly as it pertains to playcalling and reading defenses.

“It’s been great having guys like Case – Alex [Smith] has been in the meetings – and Colt, the coaches. Just being able to pick their brains every day, figure out new ways to get better, how to read defenses differently or find a trick to calling a play. I will do everything I can do to find little things to keep getting better.”

Meanwhile, his veteran counterparts have also taken notice of what Haskins can bring on the field. Keenum praised Haskins for making “leaps and bounds” in his development, and was particularly impressed with his ability to make big-time throws under pressure. McCoy also touted Haskins for “fully embracing [the challenge] and working hard and not making the same mistakes.”

With plenty of weeks remaining between the rest of training camp and the end of preseason, there’s certainly plenty yet to be seen from Haskins. One thing is for sure now: Haskins has the intelligence to understand the challenge he’s facing, who and what his resources are, and what it takes to become successful.

The groundwork is laid out for Haskins. It’s up to him to decide how he can build on it.