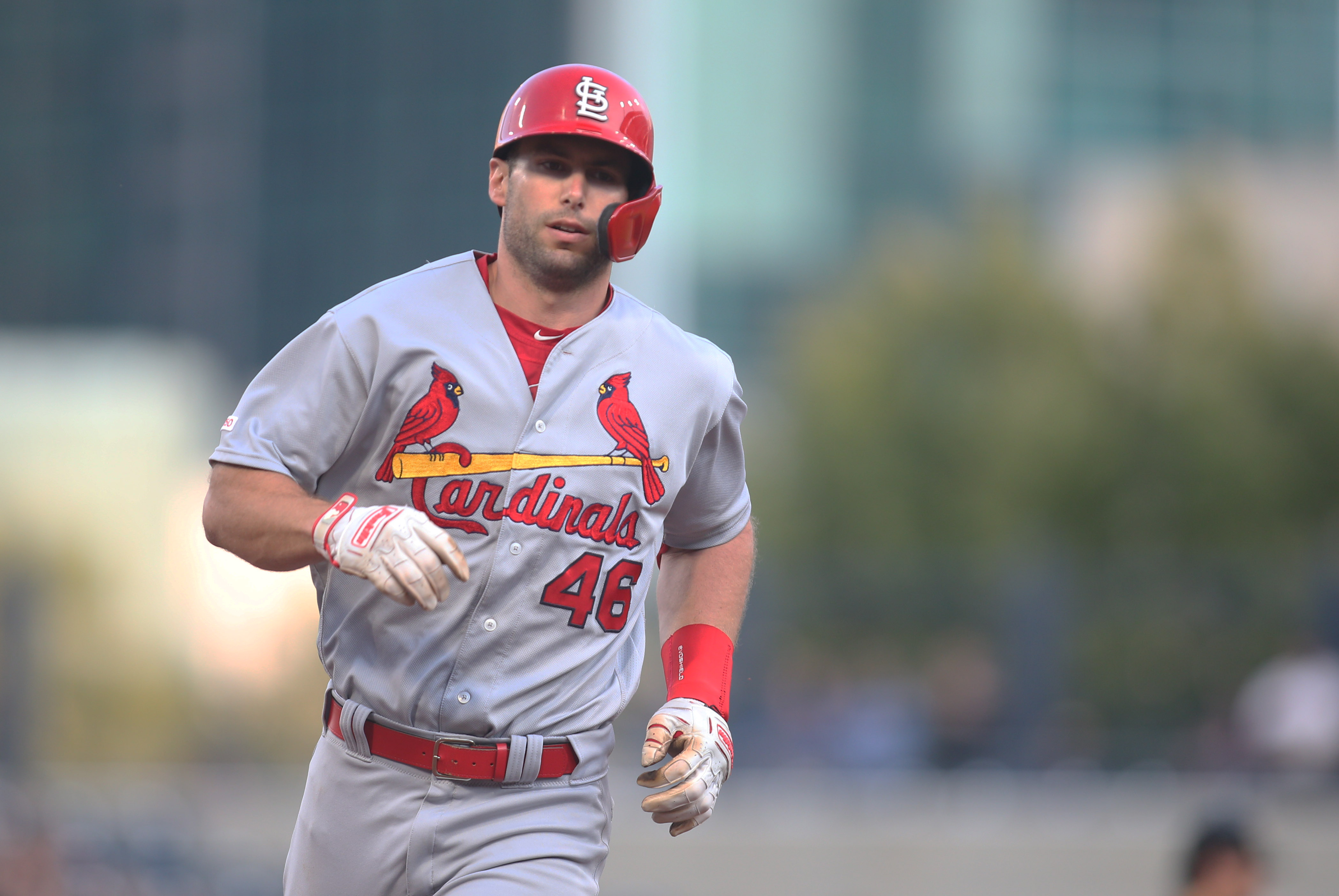 The Cardinals are winners of their last six games. During the streak, they won all four games in a series with the Pittsburgh Pirates, and beat the Astros and Cincinnati Reds each once. They have outscored their opponents 38-23.

A major reason why the Cardinals are in first place is because of the hot bat of first baseman Paul Goldschmidt of Wilmington, DE. Goldschmidt, who was acquired by the Cardinals from the Arizona Diamondbacks in a blockbuster trade on December 5, has now recorded a home run in each of his last five games.

On Friday, Goldschmidt’s home run in St. Louis’s two-run win over Houston was clutch. It came with the Cardinals trailing 3-2 to the Astros in the eighth inning, and was a three-run dinger as it also scored Dexter Fowler and Harrison Bader.

Despite only batting .256 on the season, Goldschmidt does lead the Cardinals with 23 home runs, 98 hits, 48 walks and is tied for the Cardinals lead in total bases with Paul DeJong, as they both have 177. He also has a respectable .341 on base percentage and .462 slugging percentage.

The Cardinals lead the National League Central even though they have only scored 477 runs this season. That is the least number of runs among the six division leaders by a wide margin. The Astros have the fifth most runs among division leaders at 546.