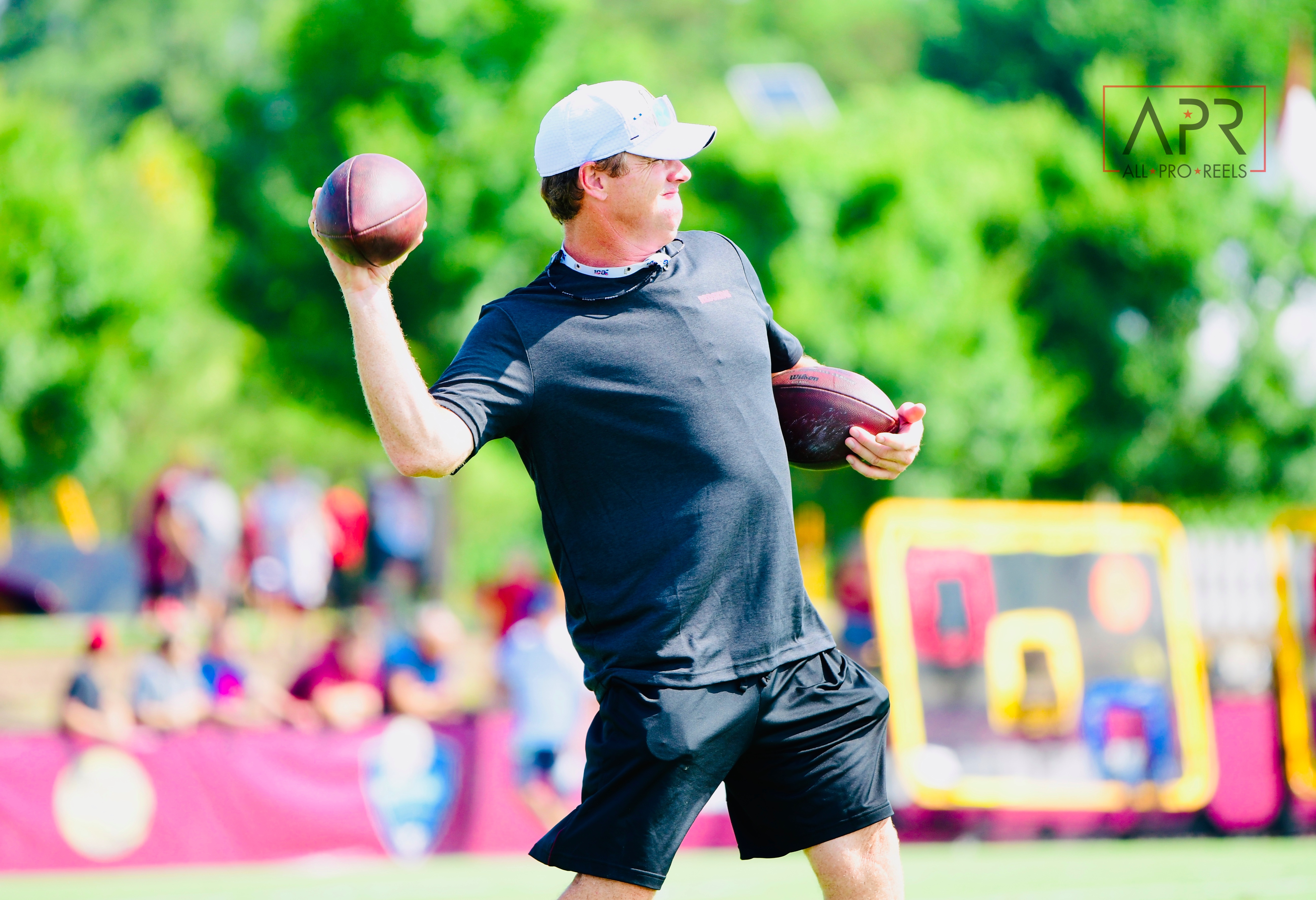 On signing T Corey Robinson and if there is any update on negotiations with free agent T Donald Penn:

“No update right now on Donald Penn. We signed Corey. He should practice today – I believe, so get him a look. We’re a little short at tackle right now. [Tyler] Catalina is playing a little tackle, [Ereck] Flowers is playing some tackle, and obviously the right side we’re okay, but we just need another body in here and get him a chance.”

“Yeah, I think he always plays free. That’s a good thing. I think he’s making plays on the ball, which is exciting. It’s always been his forte. I think he forced eight or nine turnovers last year, which kind of gets swept under the rug a little bit – his forced fumbles, interceptions, so definitely his play making ability is what makes Josh. When he’s around the ball, the more times around the ball, better it is for us.” 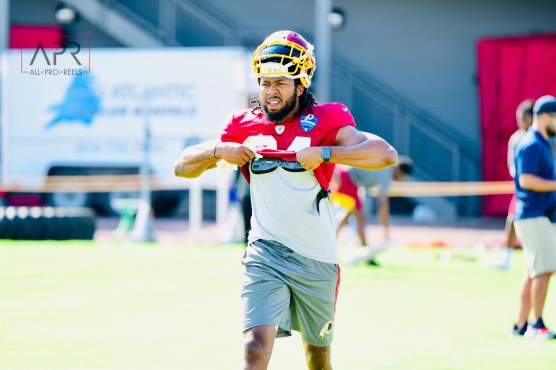 On the difference between padded and non-padded practices during training camp:

” I think you’re really looking for the interior part of it, not so much the outside receivers and all that stuff, but mainly the line, tight ends, linebackers, defensive line, just the thud; getting off blocks, using your pad level and making sure nobody’s playing too high. It forces you to get your pads down which is good. To watch the people shed blocks which is the most important thing in football for defense, shedding blocks. But, we’re still going to run the ball, we’re still not going to take anybody to the ground. It’s just a glorified thud period which is good.”

On inside linebacker coach Rob Ryan’s impact on the defense:

“Yeah, for sure. I think his experience is great to have in that room. And for the linebackers – his line backing room is right next to my office. I hear him teaching these guys and he’s an excellent teacher, communicator. He’s also a fun guy to be around. He’s got a great personality without a doubt. He brings a great energy to our defense and our team, a passion for the game. Being out of the game, I think, for about a year or so really made him realize how much he missed it and how much he loves it, so it’s great to have him on staff.” 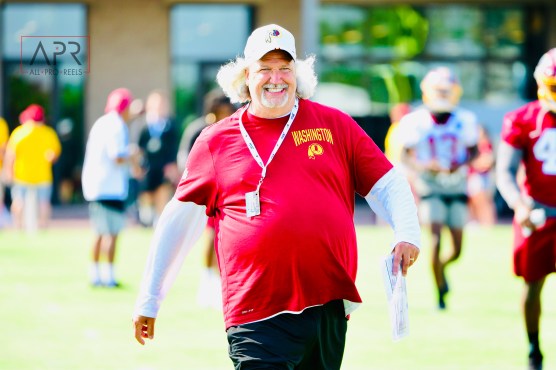 On how important TE Jordan Reed’s vertical speed is in his overall effectiveness in the offense:

“We’ve always felt he could get down there (downfield), but he does look very explosive right now. He looks great. He’s always looked good to me – but he looks phenomenal right now. His explosion getting in and out of cuts, his one-handed catch the other day, he’s a special player and he can be used all over the place. We’ve just got to make sure we figure out ways to get him the ball and get him out in space, outside, inside, in the slot, maybe in the backfield from time-to-time, coming up high. There’s a lot of things he can do with it. He’s a special player.”

On LB Jon Bostic’s being able to learn the MIKE linebacker position so quickly:

“I think being smart is one thing. There’s a lot of book smart or can pick things up on a chalkboard smart players. But, instinctual players, that’s a different ball game and so far he has shown he’s got great instincts, when to fall back, when to hit the hole. He runs with great angles to the football on screen. He’s been excellent so far. I’ve been very impressed with him; get the pads on today, see how he sheds blocks and go from there. But, a very impressive guy, both in the classroom and instinctually.”

“Yeah, it’s a great day, man. It’s great to have these guys out here. You know, anytime we can support our troops, have them come out here and get a chance to meet them and shake their hand, it’s great for us. Hopefully they get excited to meet us, but we’re definitely excited to meet them. It’s a privilege.” 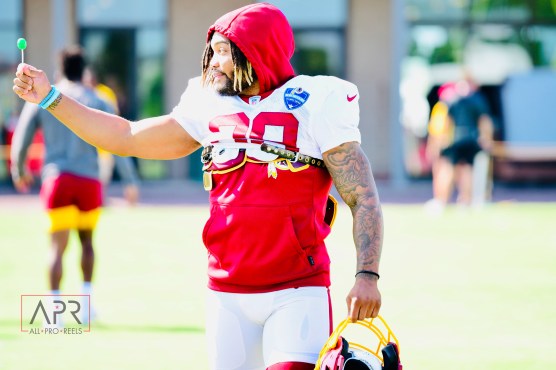 “Well, I think [with] Shaun Dion it’s the comfort in the system a little bit more, but also for Shaun Dion, I think it’s coming back from his injury and, you know, at Alabama his last year he had that big injury and he only had about nine months to heal and we threw him into the games. He was OK, but he’s not like he is now. I think he’s showing his explosive form that he was at Alabama before the injury. So, these injuries do take some time to get back to your full self. That’s why we’re kind of taking our time with Derrius and you see Shaun Dion really in great shape and it’s all on the player, too, to get himself in great shape, and our training staff has done a great job with him to get him ready. He’s definitely a different player this year by the speed and quickness and anticipation, knowledge of the defense than he was last year at this time.”

On how excited he is that TE Jordan Reed and RB Chris Thompson are both full participants at this point in training camp:

“We’re a different team with those two guys in the game, I mean that’s just the way it is, it’s a different way of calling plays, a different way to attack defenses. Jordan Reed is a unique player, not many teams have a guy like that and Chris Thompson, you see what some of the backs that come out of the backfield to catch the ball can do to a defense, all over the place with [Alvin] Kamara and obviously [Christian] McCaffrey, that type of player is critical to an offense. You can double receivers all day but the backs are the ones that can get matchups and get open quick. They’re two great players to have, we’ve got to keep them healthy obviously and utilize them the right way.” 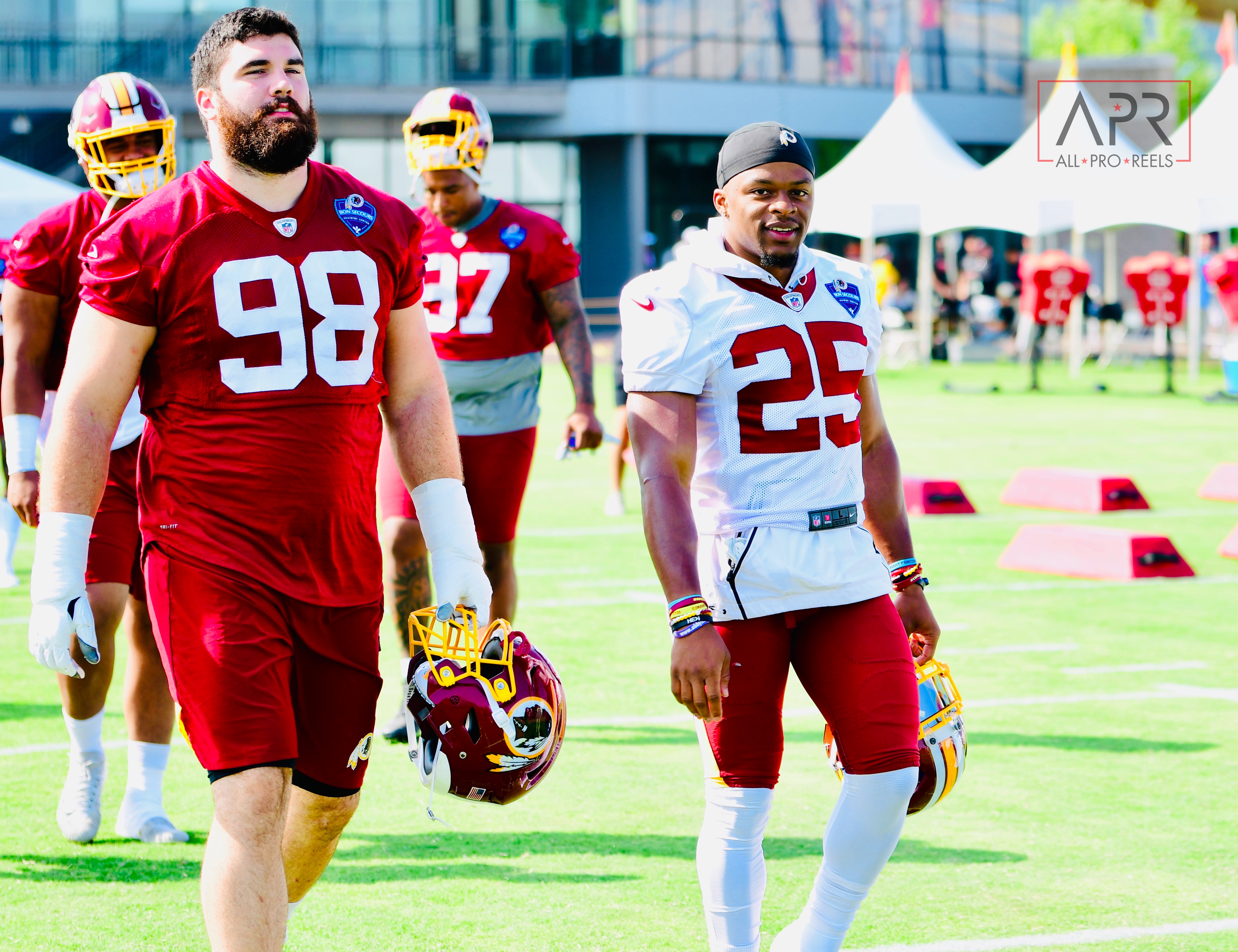 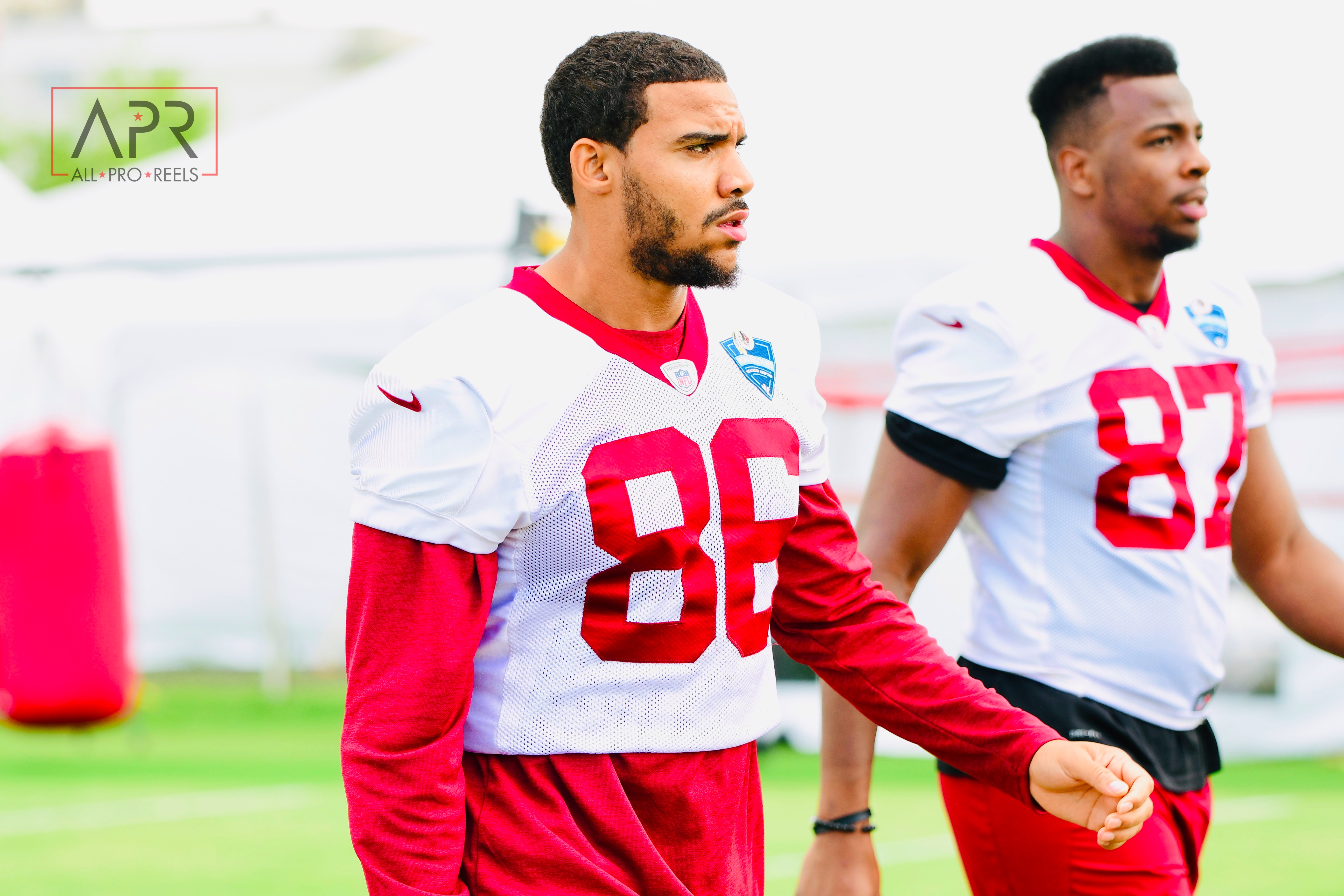 On monitoring the health of Reed and Thompson during training camp:

“I think we just have to monitor their workload, they both have great comfort in our offense right now which is a good thing. Now we just have to monitor their workload, but you know at the end of the day we still have got to get the practice in and give them the looks that they need to see, so when we hit Philly and hit the season they’re ready to roll both mentally and physically. There’s really no way to protect a guy from injury, fluke injuries happens, Chris [Thompson] hurt his ribs, it was a fluke play but he’s in good shape now.”

“We’re going to try and get Geron out there today; get him some reps, see how he does. Or no, no actually I think we’re going to keep him individually today, try to get him out there tomorrow.”

“Yeah Chase, we’re still going to keep him out for a little while.”

On his praise of RB Samaje Perine:

“Why so much praise? I mean, I like Samaje. Samaje had a tough road playing behind Adrian [Peterson] last year. I think he’s a young back, with a great talent skillset, powerful. I haven’t gotten him the reps, that’s on me mostly. We haven’t got him in a game. Usually, when we dress three running backs, you like to have your first, second-down back and then you got to have Chris [Thompson] your third-down back, then you have somebody that can do a little bit of both, you know? In case one of them gets hurt. That’s why Kapri Bibbs and Byron Marshall were our third backs last year. He just didn’t get a chance to dress a whole lot, but the way he looked in OTAs and the way he’s come out here, I think he’s in great shape. He’s strong and I like the way he’s running.” 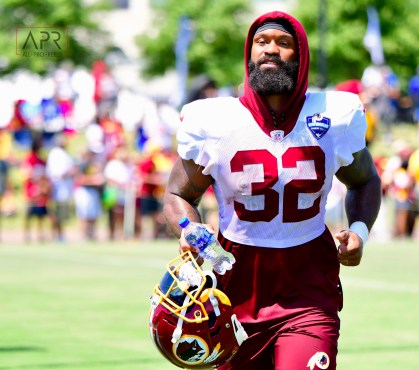 On if there is a chance Chase’s injury could cost him time during the regular season.

On if he has heard from T Trent Williams: