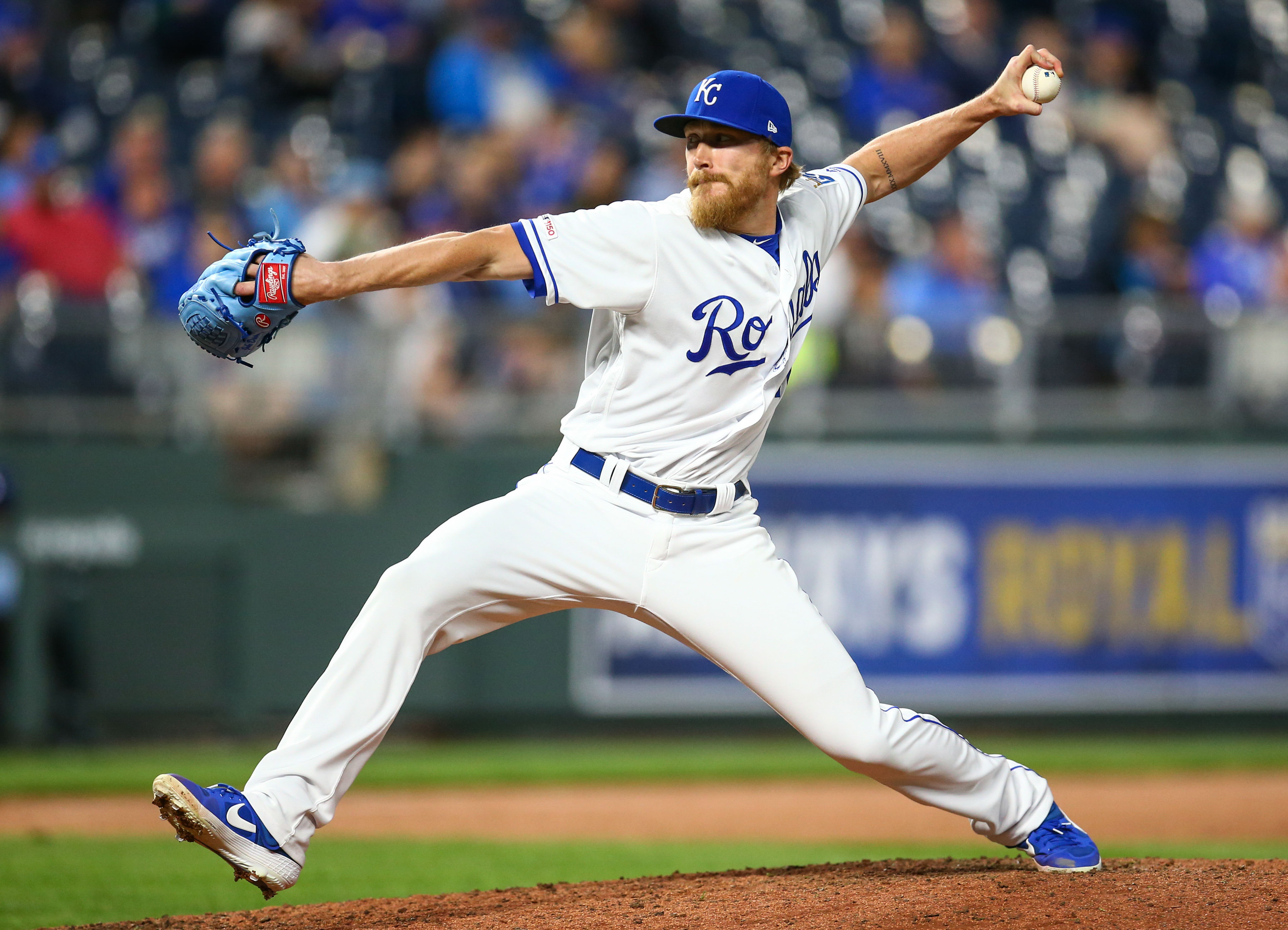 On the morning of July 27th, barely anything in the MLB trade market has shuffled around. The dominoes still haven’t fallen outside of a few meh starting pitchers. While there has been a new report on what the Mets are seeking for Noah Syndergaard every 30 minutes, every deal seems to have been for a player in DFA-limbo or for cash considerations in return.

Four days before the deadline, however, the Athletics swung yet another deal with the Royals to acquire left-handed reliever Jake Diekman for two prospects, Ismael Aquino and Dairon Blanco. Okay, so that doesn’t really change the fact that the trade deadline has not had any blockbuster deals. While Diekman is a reliever that fans may recognize the name of, he hardly compares to the top arms rumored to be available such as Will Smith, Ken Giles, or Kirby Yates. He does not have anything more than a mutual option on his contract past this season, is not particularly young, has only seven career saves, and is on his second consecutive season with an ERA of 4.73 or above.

Diekman does not sound all that exciting. And yet, several teams had reported interest in the left-hander, including the Dodgers, Nationals, Braves, Phillies, Cubs, Cardinals, and obviously the Athletics, among any others that did not get leaked out to reporters. Despite the average-at-best results on face value, the interest in adding him to the team comes with good reason.

In his 41.2 innings pitched in 2019, Diekman as posted a FIP of 3.36, xFIP of 3.65, and SIERA of 3.50. The ERA is high but has gotten no help from a BABIP of .330, above his career mark, and a LOB% of 68.6%, below his career mark. With some regression of his poor luck and the addition of a better infield defense behind him, Diekman should look more like the guy the ERA estimators paint him to be. In fact, Steamer projects Diekman to hold a 3.27 ERA the rest of the way this season, the lowest of any reliever on Oakland’s roster, including Liam Hendriks, Blake Treinen, and everybody else.

The journey-man has always been a high-strikeout, high-walk pitcher, but this season has been his career-best in terms of plate discipline metrics. For one, his strikeout rate is at 33.5%, 19th best in the MLB minimum 40 innings pitched. While his walk rate is above the average pitcher’s, his K-BB% is still a career-high 21.3% and has been at 23.1% in July. He gets an above-average percentage of swings out of the zone, below-average percentage of swings on balls in the zone, has an above-average percentage of at-bats started with a strike, and that’s not the most exciting part. Only 4 other pitchers have allowed a lower percentage of contact out of the strike-zone than Diekman (43.4%) and only 11 other on pitches in the zone (76.2%). Overall, Diekman ranks 9th of 267 pitchers with at least 40 innings pitched in SwStr%, a good indicator for the ability to strike batters out.

Plenty of pitchers can have good strikeout numbers and still fail to be elite, however. As home runs increase, some pitchers can fail based on the quality of contact they allow alone. But even that doesn’t seem to be a problem for Diekman, in fact, it appears to be a strength. Over his career and in 2019 alone, Diekman’s GB% has been just slightly under 50%, above average (43%) for relievers. This season, in particular, he has been even more successful with producing bad launch angles, drawing pop flies on a career-high 19.2% of balls in play. There are only 6 other pitchers in all of baseball with a better IFFB%, and once he gets moved to a stadium with large areas out of play like Oakland, it may even increase.

Home runs have certainly never been a problem for the 32-year-old either. This season only 0.65 batters per 9 innings are leaving the yard. Over his career, that mark has never surpassed 0.84, a very good number. His Barrel% has been consistently under the average MLB rate every season since that number was tracked, this season it is at 5.3%. Against left-handed batters, not a single “Barrel” has been allowed.

While Diekman has always had solid peripherals, they have never been close to matching what he is doing in 2019. So the question remains, is this just a flash in the pan, as many relievers have shown in the past, or is this something that will hold up for Oakland’s impending Wild Card race this September. The pitch data shows why it could be a long-term improvement, as he has made major changes to his game. For starters, Diekman has started throwing with the velocity that he hasn’t had since earlier in his career with Philadelphia. While it hasn’t been a major jump, even a slight bump in velocity can mean a lot for a bullpen arm.

Most significantly, however, is that according to Pitch Info numbers, Diekman’s repertoire has changed significantly. For the first season ever, Diekman has introduced a true four-seam fastball (he used to only throw a sinker for velocity) and has used it 38.7% of the time, while dropping his sinker from 63.8% in 2018 to 13.2% in 2019. At the same time, Diekman has taken advantage of an elite slider and has used it 48.5% of the time, up from 36.1% in 2018. While things have changed once again in his past 6 appearances (used his slider a lower percentage of the time and has relied on his sinker over his four-seamer), the Athletics now have the information necessary to figure out what they want to do with his repertoire in his stint out in the AL West.

The Athletics have placed a priority on the depth of their bullpen in recent seasons, but in 2019 it just hasn’t repeated the success of recent seasons. Treinen has struggled, Trivino has struggled, Soria has struggled. And the starting rotation has not performed well enough to make it less important. If the Athletics wanted to use a bullpen-heavy strategy late in the season, similar to 2018, they needed some sort of addition. They especially needed a left-handed reliever that they felt comfortable with in a high-leverage situation or in a big game. Diekman fills a big need for a negligible prospect cost and should do a fine job doing it.