Falcons wide receiver Mohamed Sanu truly can do it all.

Sanu put on a show for the fans at training camp at Saturday, when he beat opposing defensive backs and hauled in a number of catches — per usual.

But what really turned heads was when Sanu casually lined up and drained a field goal with ease.

It’s crazy but Sanu played quarterback in high school, and he now makes his money catchings passes. But he can apparently drain kicks too, which we now know. 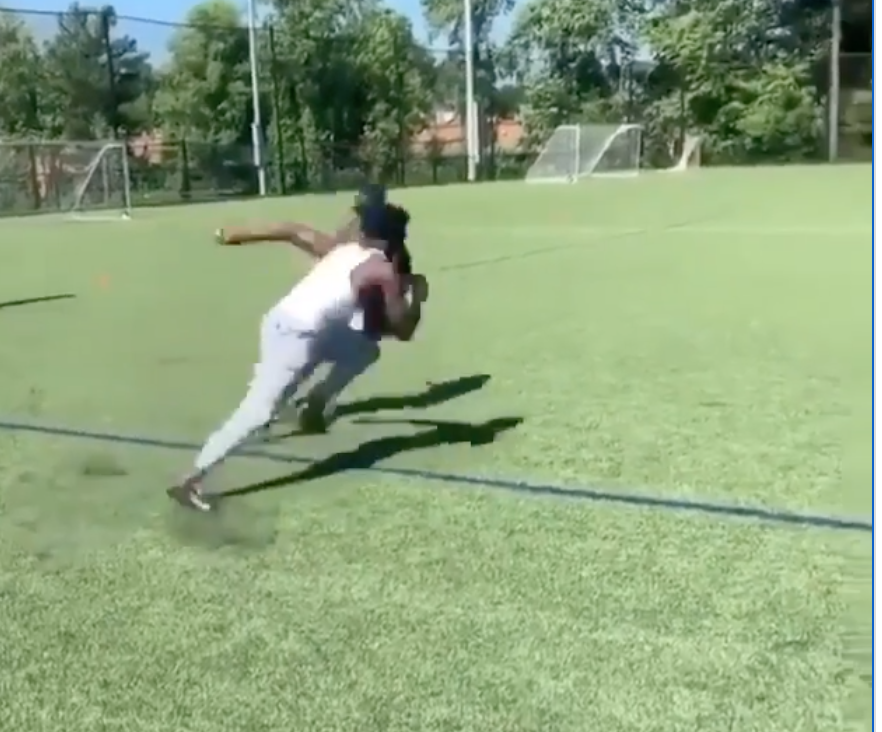