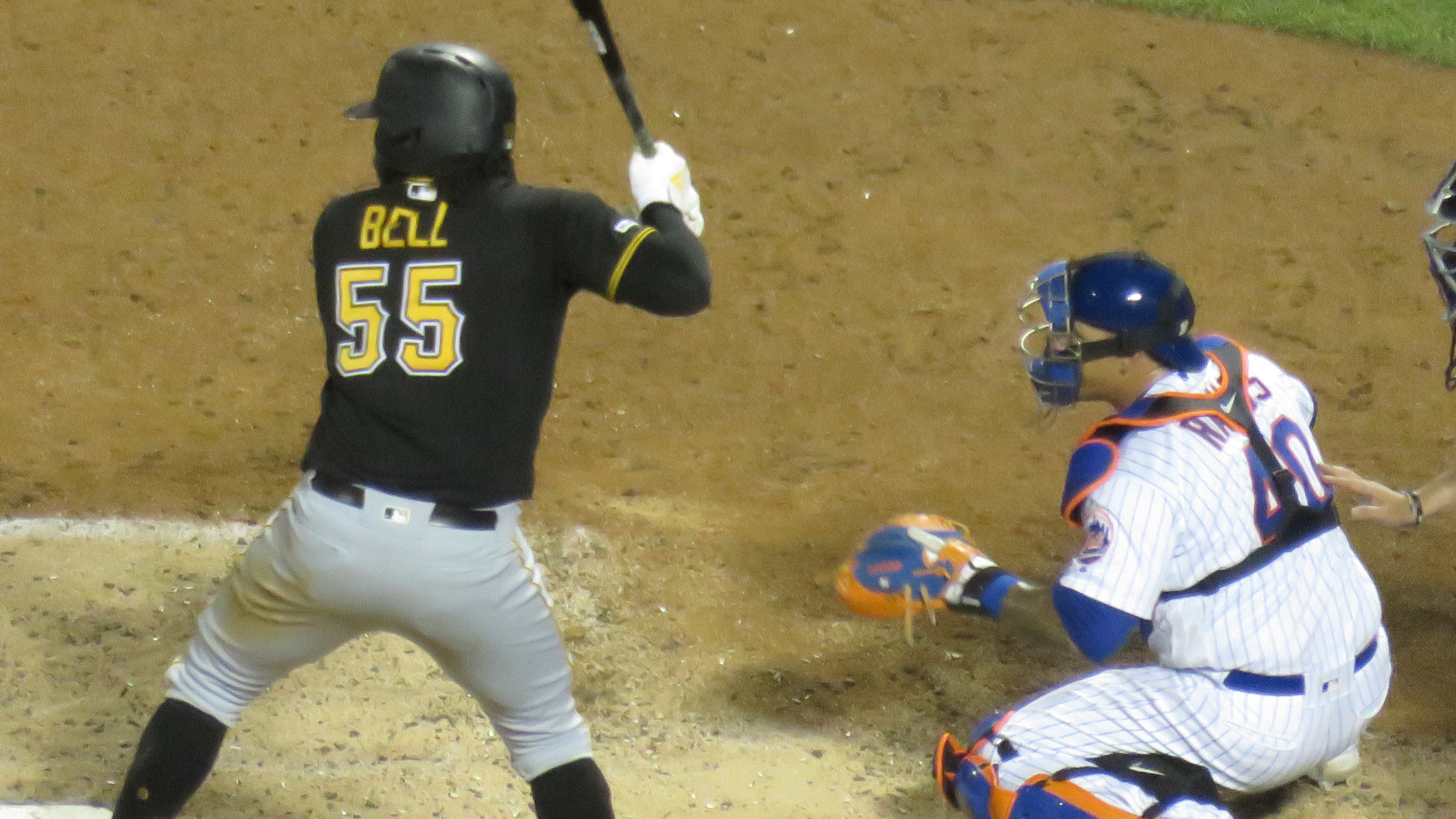 The Mets have embarked on a winning streak that has them six games back of a Wild Card position. If you want to continue the journey that could result in ultimate disappointment, then tune in at 1:10 today as the Mets attempt to sweep the Pirates at Citi Field. I’ll gladly count a series sweep as revenge for when the Pirates swept the Mets at Three Rivers Stadium in a three game series spanning two days in early September which dropped the team from a half game back to 3.5 games back, effectively ending their playoff hopes. But it’s not like I hold a grudge or anything.

You get a free visor if you visit the park today. And remember:

The Fortnite World Cup Finals is this weekend in Flushing and parking will be limited. If you are coming to a @Mets game this weekend please allot extra time and take mass transit to the ballpark. pic.twitter.com/wVlZ6tXW9V

Did anybody tell them that maybe they should take the train to the game? Just wondering.

The Mets will be on WPIX today as Gare and Keith take you through. (Ronnie is off doing Dodgers/Nationals on TBS.) You could also catch the game on WCBS 880 and ESPN Deportes 1050 if you so choose. If you’re in Pittsburgh stocking up on Iron City Beer for your long work week ahead, you can check out the game on AT&T Sportsnet Pittsburgh or KDKA FM 93.7,

Jason Vargas was brilliant against San Diego in his last start, giving up one hit in six innings. He’s at 5-5 with a 3.96 ERA and a WHIP of 1.25 on the season as he gets the start against the Pirates.

Chris Archer has pitched at Citi Field before … as the home pitcher. (Metstradamus)

Chris Archer was traded to Pittsburgh with much fanfare last year, but it hasn’t gone as well as the Pirates had hoped. This season has been a boondoggle for Archer, as he is 3-7 with a 5.40 ERA and a WHIP of 1.417. Most notably, his HR/9 went from 1.2 last season to 2.2 this year, and his BB/9 has gone from 3.0 to 4.4. What makes the deal worse for the Pirates is that they sent Austin Meadows to Tampa in that deal. Meadows made the All-Star team this season with a batting average of .286, an OPS of .879, and an OPS+ of 131.

Archer’s last three starts have been a slight improvement from his overall performance, pitching two quality starts in that span. He goes for the Pirates today.

And for the Buccos;

Melky Cabrera and Bryan Reynolds flip[flop in the order, and Josh Bell gets the day off. Adam Frazier comes into the lineup playing 2B, and Jose Osuna moves to 1B.