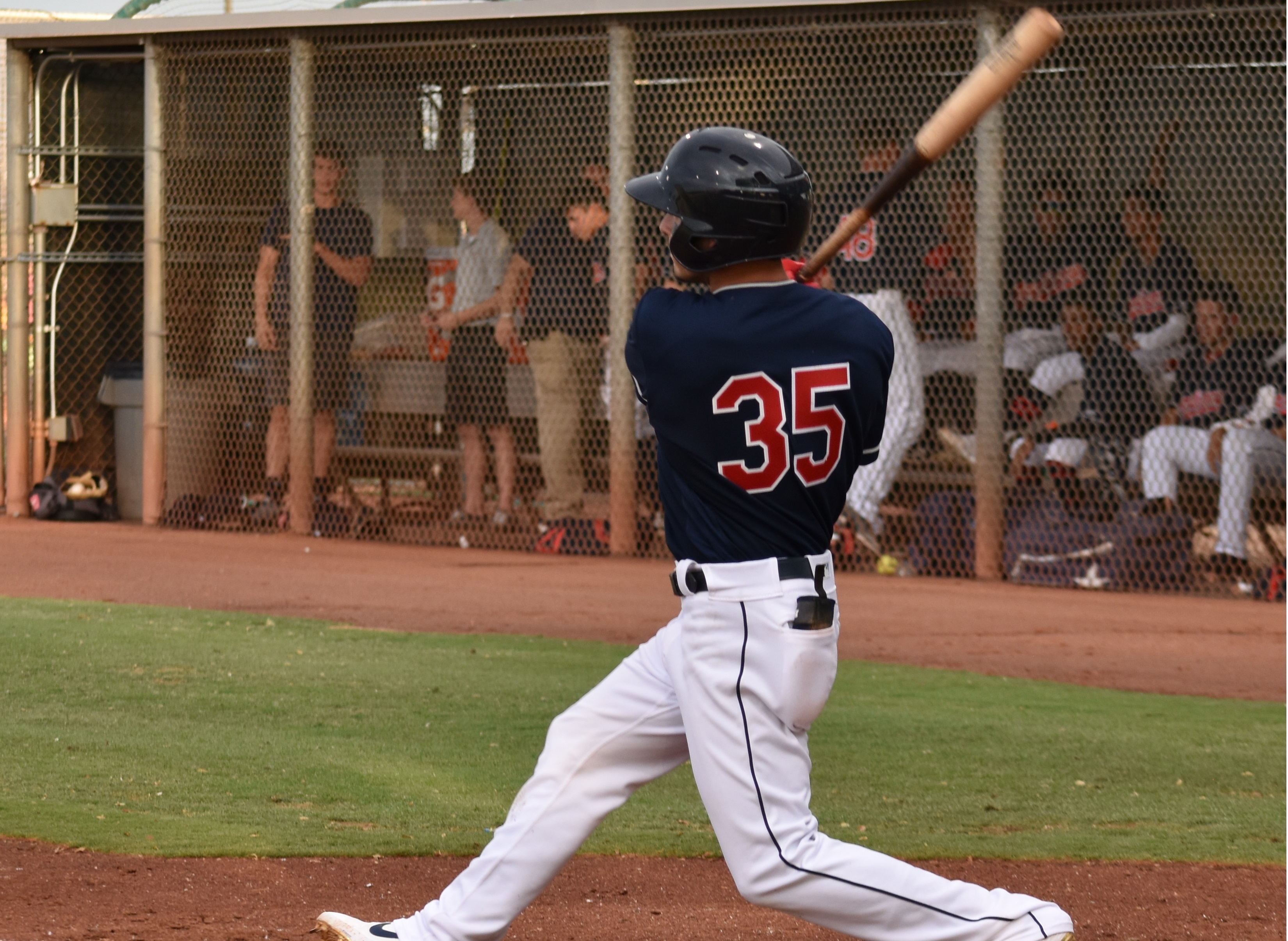 The Indians Red started off their week and wrapped up the first half of the season last Monday against Padres 2. A pair of rehabbers lead the way as Andrew Velazquez doubled in the first and was brought home by a Clark Scolamiero home run, the Velazquez homered himself later in the game.

Velazquez is a recent addition to the Indians franchise as he was with the Tampa Bay Rays where he had struggled with injuries all season. After missing nearly all of June, he had been back in AAA for less than a week before hitting the IL again. When he was nearing a return, he was traded from the Rays to Cleveland for future considerations. He is listed as a 3B or SS depending on where you look, but has played almost exclusively outfield since 2018. He was originally a middle infielder when with Arizona from 2012 through 2014.

There is a good chance that Velazquez will ultimately fit in as the stereotypical AAAA player as he has been fairly effective in AAA, but has struggled greatly during his short time in the big leagues. He has really torn things up during his rehab assignment, going 10 for 21 between the two AZL teams with four doubles and a home run.

Another newish Indian had a big game on Monday as Red ran away with the 8-1 win. Landy Pena wasn’t activated until July 5th and has only played seven games total, but had his second two hit game against the Padres 2 and stole two bases to give him five steals in five attempts in his pro career. Pena also took a walk, giving him a seven game walk streak for nine in total, good for a .467 OBP.

The Padres were unable to score until the seventh, and that had a lot to do with the dominance of young Samuel Vasquez. He had major control issues, hitting two batters and walking two more, but he allowed just one hit through four shut out innings.

As the first half of the season ended with a big win, team Red went on to lose their next three to put them far behind in the division already less than a week into the second half. On Tuesday, the dropped one 6-3 against the White Sox although Scolamiero had another two hits including a double in another rehab assignment.

Daniel Espino made the start and pitched two perfect innings, striking out three. Miguel Vinicio piggy backed the start and gave up three runs in three innings before Yeffersson Yannuzzi struggled in his rehab assignment, allowing two more in 1.2 innings.

The offense improved on Wednesday against Padres 1, but four errors doomed them again. Yordys Valdes hit his first professional home run to lead the offense while Christian Cairo reached base in all five plate appearances with two walks and three hits.

While the pitching staff didn’t perform much better than the defense as a whole, Jhan Rodriguez had a tremendous outing with no base runners allowed in 1.1 innings with two strike outs.

Francisco Perez made his first start of the season on Friday night against the Royals and went 1.2 innings, allowing two runs, one hit and striking out four. Perez is one of the Indians top left handed pitching prospects and spent the entire 2018 season in Lake County. He will likely return there upon the completion of his rehab assignment.

Marlin Made was one of three Indians hitters with two hits and his triple was the loudest of the night.

Team Red took a win on Saturday night against Dodgers Mota thanks to three runs in the final two innings. Joe Naranjo had his first career home run as a two run shot in the ninth that put the game out of reach. He, Cesar Idrogo and Jean Montero each had a pair of hits while both Idrogo and Montero stole a base.

Jhan Rodriguez nailed down the win with a save for his scoreless ninth. He has now struck out 23 in 17 innings since converting from a utility infielder into a relief pitcher.

Cairo stands at the plate for AZL Indians Red during the 2019 season. – Joseph Coblitz, BurningRiverBaseball

With top performer Yainer Diaz now in Mahoning Valley (where he hit a home run and triple in his first week), the Indians Red have needed someone else to step up offensively and that man may be 18 year old Christian Cairo. He started off a bit slowly, but with signs of promise, hitting .127/.262/.127 through his first 18 games. Since then, he has hit in six of his last eight games including three multi-hit games and has raised his line to .210/.354/.247. During this run, he has eight walks as well and his only game without reaching base was a one at bat pinch hit appearance on Saturday. Even with his slow start, he now has 16 walks to 13 strike outs this season in 81 at bats.