Smile Though Your Heart Is Aching 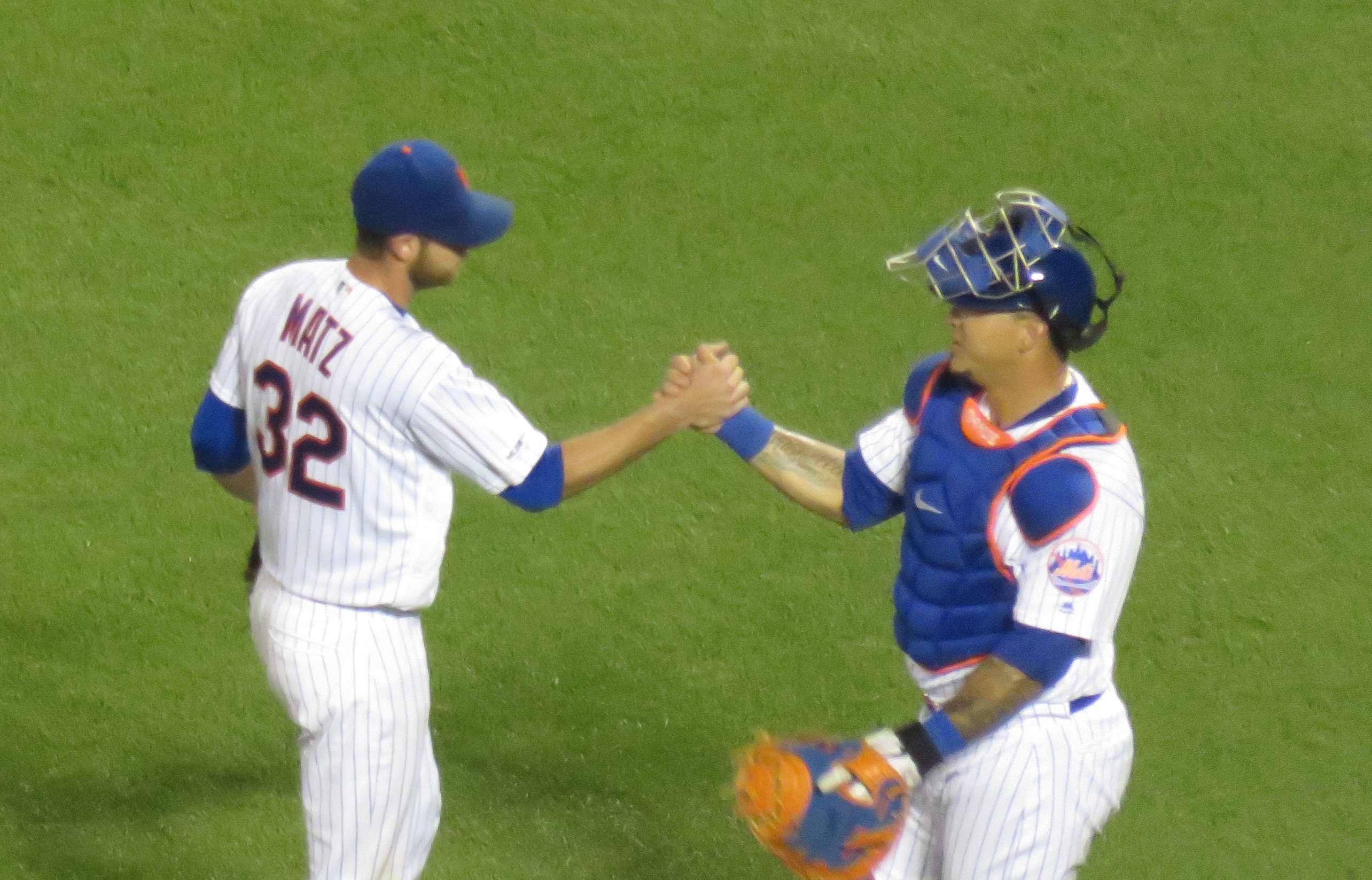 Smile Though Your Heart Is Aching

You’d have thought Steven Matz was on the trading block the way he pitched on Saturday.

You could tell from the first inning that Matz wasn’t going to be the Steven Matz that makes people groan when they are going to the game and they ask you “who’s pitching tonight” and you say “Matz”. Maybe it’s our fault for having low expectations because “awwwww, we see Matz all the time when we go to these g*ddamned games and he’s infuriating”. But when he took care of the top of the first inning with two strikeouts, taking only nine pitches to do so, we all noticed.

Matz, instead of being his infuriating self, was a g*ddamed pleasure to watch, going the distance while striking out seven and only giving up five hits in shutting out the Pirates on 99 pitches, barely qualifying for notching the elusive “Greg Maddux“. It was Matz’s first shutout in his career, and it was a gem in the midst of rubble for Matz individually, and for the team in general. Michael Conforto clubbed a solo home run to the Coca-Cola Corner in the sixth, and J.D. Davis absolutely crushed a two run homer to right center to give the Mets their 3-0 margin of victory.

Truth be told, it was a good night all around. The on-field product was great, it was a clean, crisp game of two hours and ten minutes, the lines to get into a bobblehead night were minimal, the fans walking up and down the aisle every five minutes blocking everybody’s view were also minimal, The best part was after the game when we were just outside Citi Field and the fans were chanting “Let’s Go Mets” on the way down the stairs. It was probably the closest a regular season Mets game (that I have gone to) resembled the rollicking weekday night games of the 80’s that I used to go to. If they’re having that much pure fun after a Mets victory, think of how they’d feel if the Mets were in a real pennant race, and not this too little/too late six games back of the wild card race that keeps you sustained until the trading deadline.

If I was blogging about this experience … even five years ago, I’d use this to implore Mets upper management to take the necessary steps to ensure higher quality decisions while spending enough to be in line with the division and the market they’re in. But I realize that it’s a lost cause. For a season as bad as this to even have a glimmer of hope on July 28th probably makes the group in the ownership pod very happy. Meaningful games in July for a 49-55 team is right in line with the strategy that keeps them sustained … beat up on some bad teams, have enough of a “dead cat bounce” to buy themselves two more weeks of goodwill, see what happens from there … it’s the adjusted best case scenario as far as some people are concerned.

But as my wife told me as I harmonized “Let’s Go Mets” with “We’re Number Four”: “Just let ’em have their fun for five seconds, would ya?”

I suppose she’s right. For one night, we could hearken back to a better time and a better state, and there’s nothing wrong with that.

(Yeah, I just put a bunch of Pirates from the early 1900’s on the list tonight. Some of them played for the Pittsburgh Alleghenies. I don’t really hate them, to be clear.)