What's the difference between an Eagles player and a professional boxer? 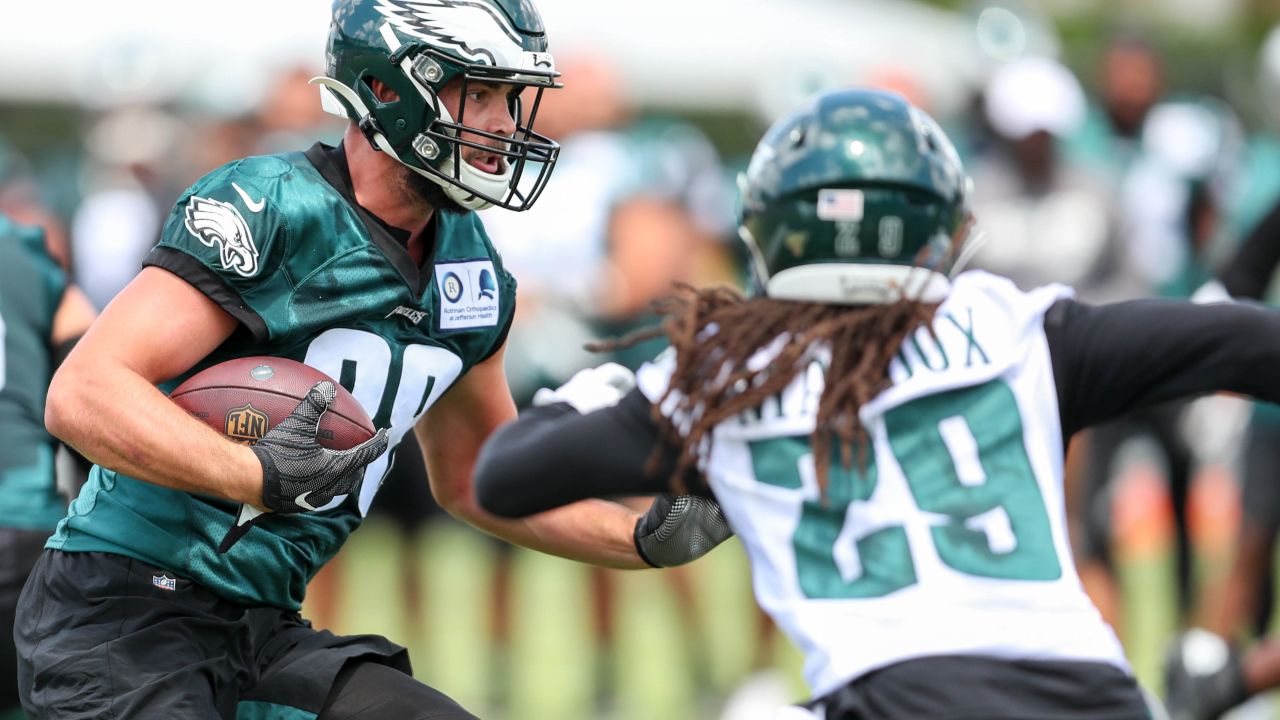 What's the difference between an Eagles player and a professional boxer?

It’s simple in legal terms—an NFL player is a union laborer, whilst a pro boxer (or MMA, UFC or Pro Wrassler) is an independent contractor.

EYE only bring it up because concussion/brain trauma is an inherent risk for both types of sports—but pro boxing does not yet have mandatory “pitch count” limits on shots to the head.

At least the Eagles players have a strong union behind them to provide cautionary limits.

Maybe the real answer to making boxing safer is to regulate a “pitch count limit” on how many shots a guy can take to the skull. I’m thinking three (3) max. Unfortunately, that would limit most boxing matches to under 5 Rounds…

“The first big hit of camp came from … linebacker Alex Singleton. The former Canadian Football League star sprinted into the backfield and thumped second-year back Josh Adams a few plays into the period. That got the defense excited. A few plays later, Andrew Sendejo and defensive tackle Treyvon Hester arrived in the backfield simultaneously to wrangle up Adams on an outside run. A couple of periods later, Singleton thumped Boston Scott along the sideline to the delight of the rest of the defense”

See what EYE mean? The competitive juices seek their own level. No need to worry about grinding these guys down with a “physical” camp.

The Eagles’ offense appeared to be working on their various “trap,” “wham,” and “draw” plays in practice. The timing of these concepts is critical, as the plays invite defensive linemen up the field. Because of this, there were several instances where the defensive tackle was immediately in the face of the quarterback and disrupted the mesh point on handoffs. That according to Ben Fennell, who was there…

“Special teams begin, and while punt drills happen on the field, I can’t help but notice running back Jordan Howard on the near sideline working with one of the equipment managers, catching passes. The book on Howard in the media is that he struggles in the passing game, but the veteran back caught about 70 passes during the 10-minute period, and by my eyes not one hit the ground (though I was not watching the entire time).” — Fran Duffy

“Finally, we’ve got our first one-on-one sessions of the summer, as the team splits up into three groups. I went over with the running backs and tight ends as they took on the linebackers and safeties in a pass protection drill. Dallas Goedert looked outstanding, especially early on. Zach Ertz had a couple of really competitive reps. Kamu Grugier-Hill rolled through a back on one snap, while rookie Joey Alfieri (a former 3-4 outside linebacker in college) made quick work of Goedert with an outside move late in the period.” — Fran Duffy

And that’s the way it was for the Eagles’ first semi-full contact session of 2019. Get ready, ’cause here we come…