It's Been Real, Jason 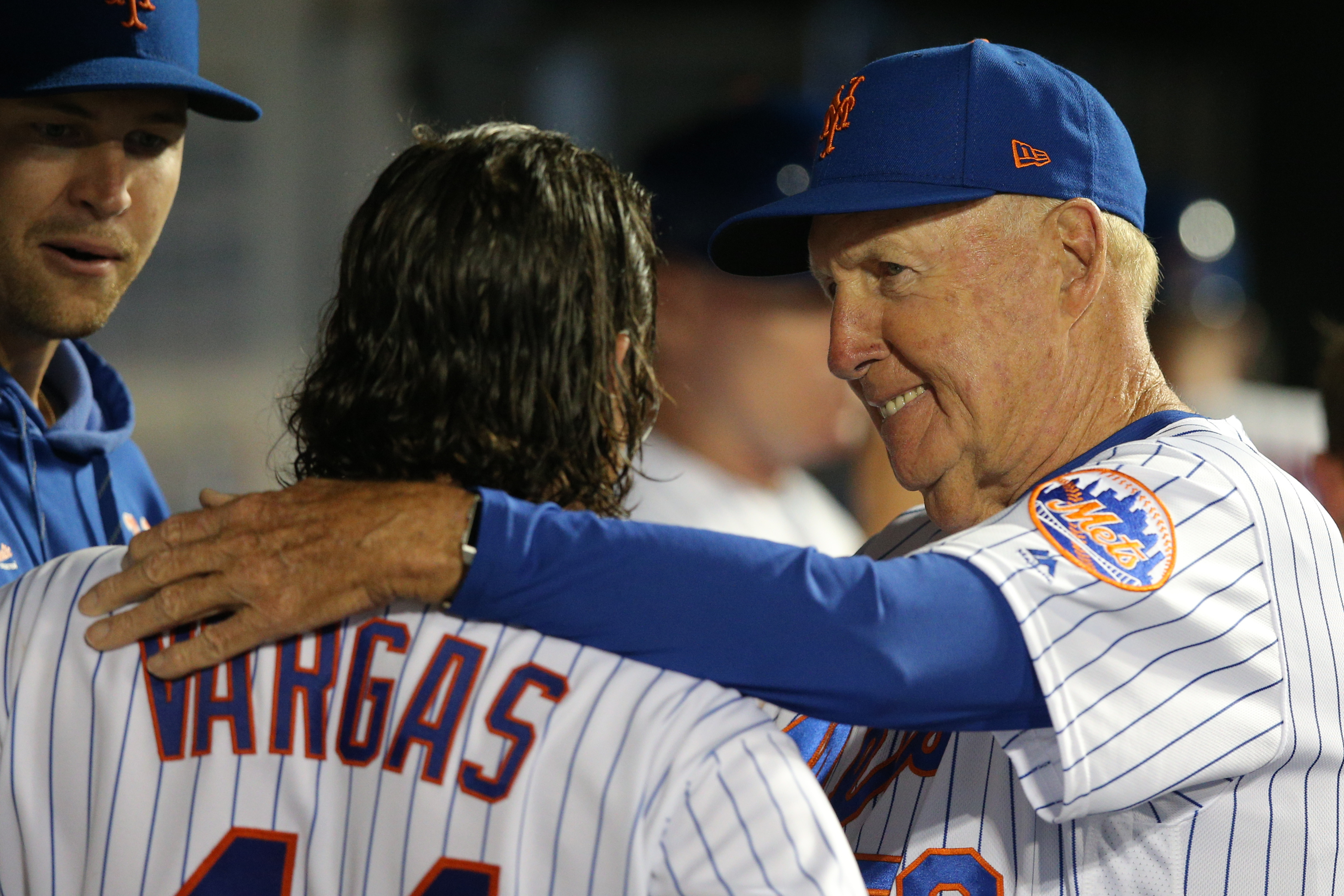 It's Been Real, Jason

Well, I won’t say “the” other shoe has dropped … yet. But perhaps an old pair of sneakers has dropped.

BREAKING:#Phillies acquire LHP Jason Vargas from the #Mets for AA catcher Austin Bossart and cash, according to multiple reports. Vargas is a free agent at year’s end. He is 6-5 with a 4.01 ERA in 18 starts (19 G) this season.#RingTheBell pic.twitter.com/D4vPQHWYaw

Source confirms the Mets' return for Jason Vargas is 26-year-old catcher Austin Bossart, who was hitting .195/.303/.335 at Double-A. A rival evaluator described him as a good defender without much offense to his game, as the numbers testify.

Jason Vargas will end up with one of the weirdest Mets tenures ever. First, a two game stop in 2007 when he couldn’t stay healthy, then a ballyhooed return which resulted in four awful months to start, then a very nice second season which was bookmarked with a renaissance after an appearance by Revolutionary War Scribe, and threatening to knock out a reporter, bro. All in all, it was a nice season reduced to a salary dump. (And Tim Spehr the sequel.)

At least the Mets now have the acceptable amount of starting pitchers in their rotation … for now. But why Bossert?

Austin Bossart played at Penn, same as Bradley Wilpon, Jeff’s son. So Mets may have had some inside info on him.