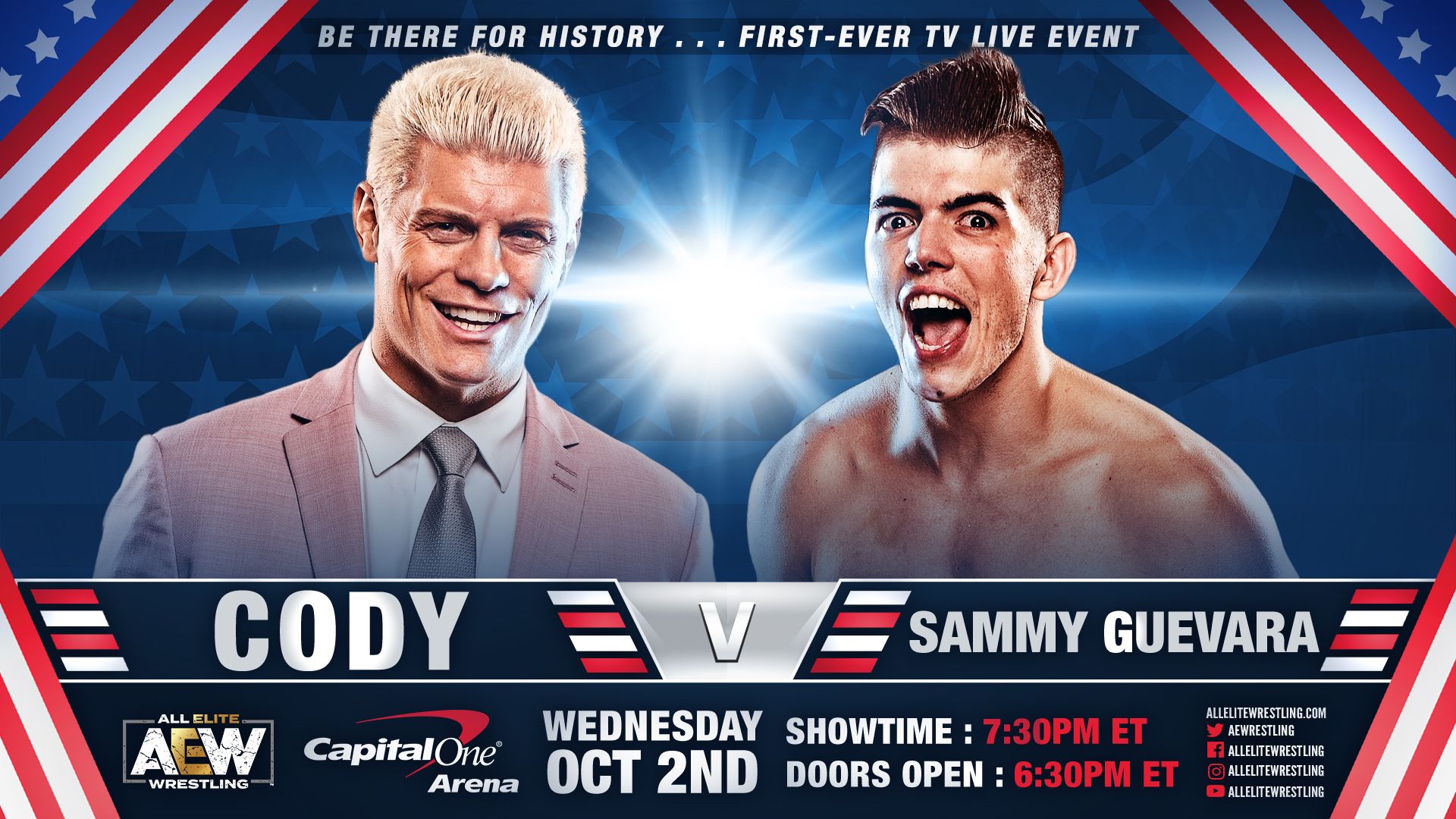 Even with a few months away until All Elite’s Wrestling TNT debut on October 2nd, the promotion is already looking to create a buzz. Taking place in Washington, D.C. inside the Capital One Arena, AEW decided to go with a match featuring one of the top executives of the organization v. one of its future stars.

It was announced earlier today that Cody Rhodes will face off against Sammy Guevara.

While the premier show doesn’t have a name yet, there is information regarding tickets. Fans will be able to grab tickets this Friday (August 2nd) at noon ET. Prices range from $20 to $250, with the most expensive tier ticket buyers receiving a commemorative take-home chair.

Guevara, 26, is one of the youngest acquisitions AEW gave a contract to when the organization was first announced. He is considered one of their top heels behind MJF and Chris Jericho. A former AAA World Cruiserweight Champion who has appeared in organizations like Lucha Underground and MLW, Guevara currently does not have a match set for All Out in August.

As one of the Executive Vice President’s of AEW, it is no surprise that Cody would be announced as the first AEW TV match. Cody is currently in a storyline feud with Shawn Spears, who hit him with an errant chair shot to the head at Fyter Fest.

While both Guevara and Rhodes don’t have any storyline tension against one another, the formers attitude has been complained about numerous times on Being The Elite. Stay tuned for Cody to discuss his thoughts on the high-flyer on a future AEW-produced video. Expect some promotion for the bout on the YouTube series.

The first TV show for AEW could end up leading to Cody and Sammy’s first major TV-promoted feud. If the story makes sense, we could see an impressive bout between two opposite figures.