Ervin Santana was scratched from his AAA start today 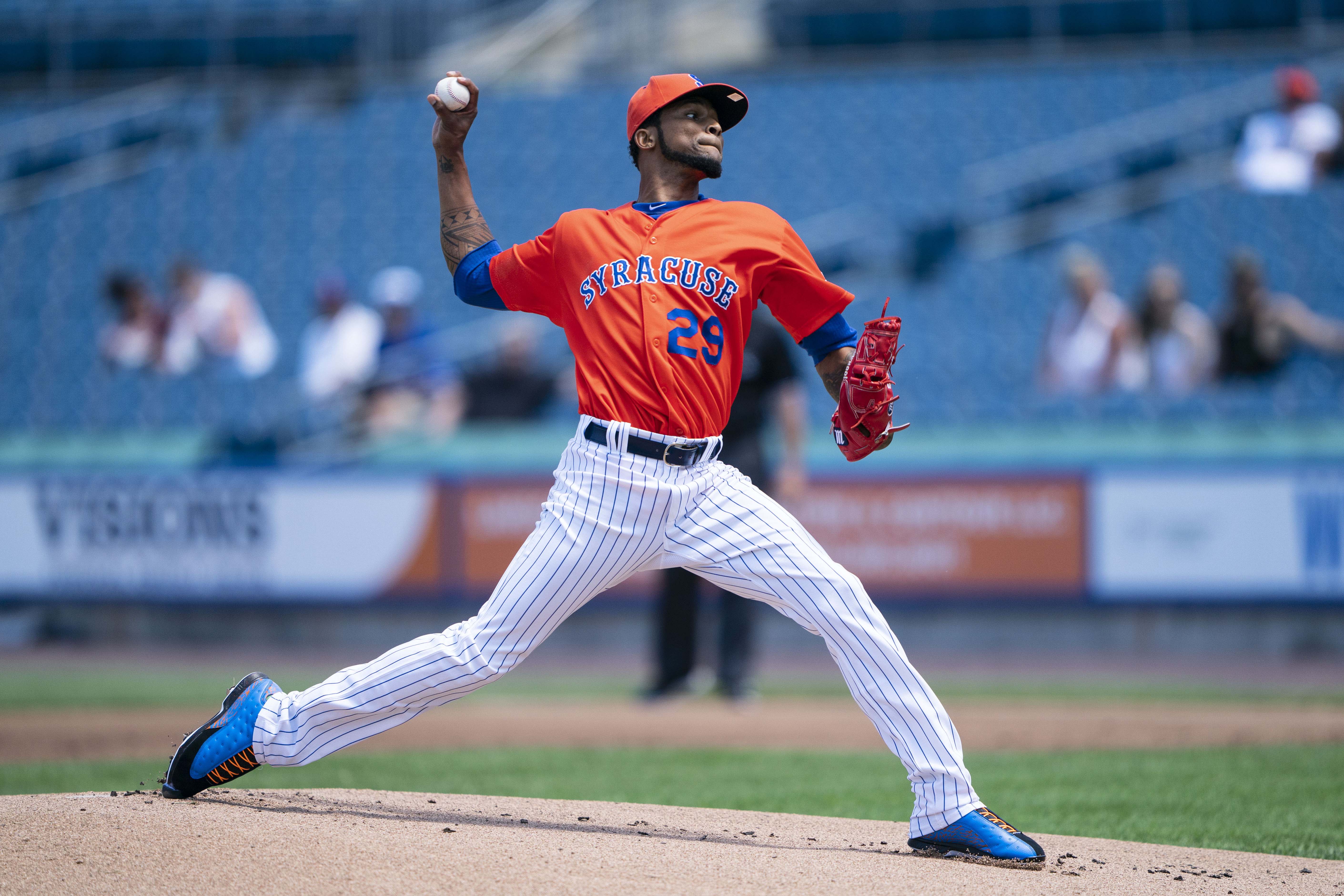 Ervin Santana was scratched from his AAA start today

There are a lot of balls in the air for the New York Mets right now, and they may still be trading another starting pitcher. Jason Vargas is out and Marcus Stroman is in, but Zack Wheeler and Noah Syndergaard remain on the trade block. The Mets added a layer of intrigue today when they scratched Ervin Santana from his scheduled start for AAA Syracuse, MetsBlog.com reports.

The logical assumption is that Santana will be activated in the next few days to replace a pitcher the Mets trade, either Syndergaard or Wheeler. There was a theory floating around Twitter earlier this afternoon that the Mets could scratch Syndergaard to preserve his trade value against injury, but that was put to rest when the Mets announced Syndergaard would pitch as scheduled. Wheeler is scheduled to pitch on Thursday, but if he is not here the Mets would need a new starter in Chicago, which is where Santana would fit in.

Although Walker Lockett pitched well in his last start, the Mets just sent him to the minor leagues, so he has to spend 10 days with Syracuse before he can be recalled. With Corey Oswalt on the injured list for Syracuse, Santana was the only logical choice left to potentially replace a traded starter. Nothing is official yet, but the fact that the Mets acted so quickly to set up a backup plan for their rotation strongly hints that the Vargas deal likely won’t be Brodie Van Wagenen’s last before the trade deadline.