Jose Altuve turning his season around for the Astros 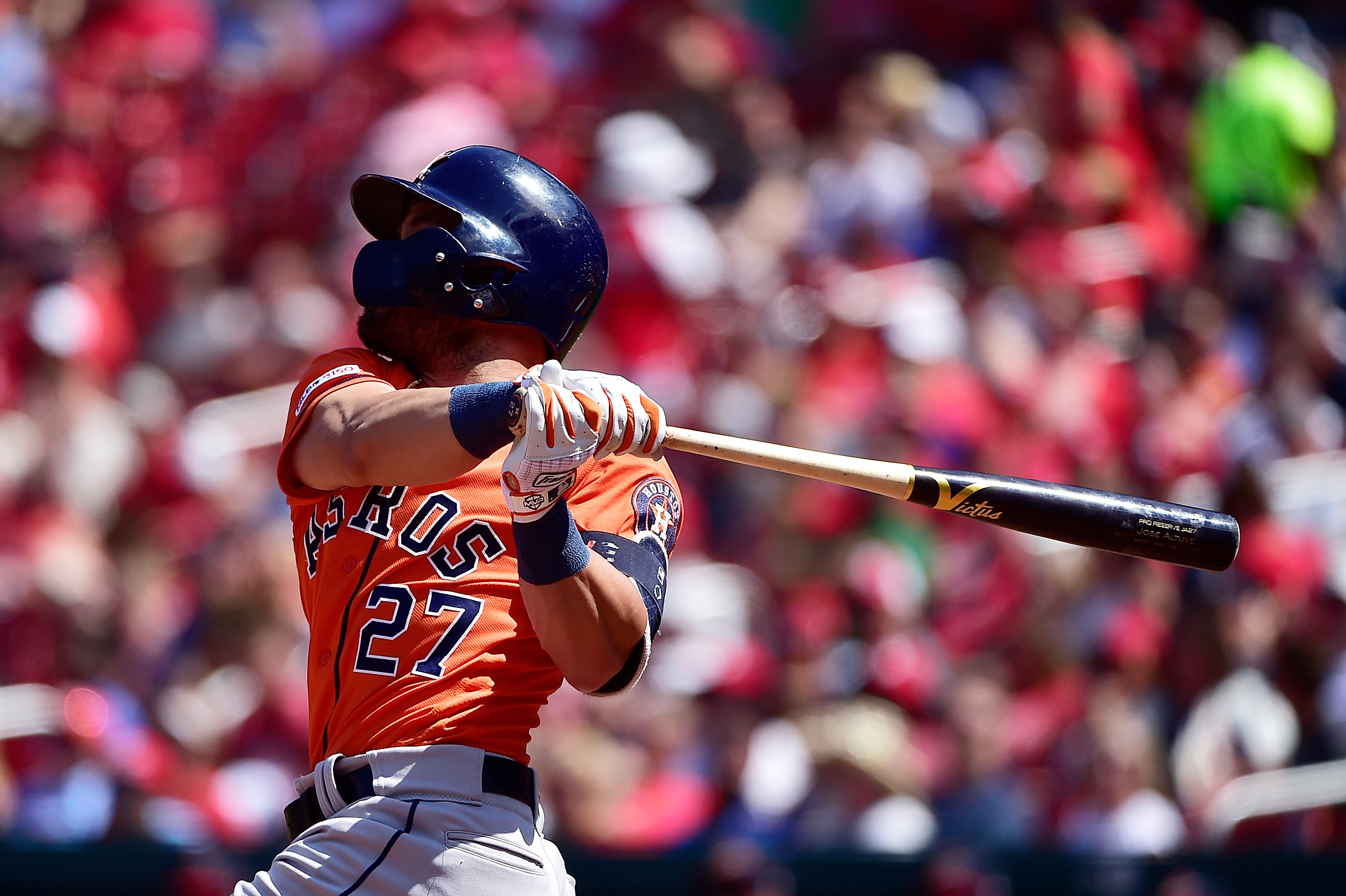 Jose Altuve turning his season around for the Astros

As the Major League Baseball regular season is approaching August, the Houston Astros need to get excited about the recent hot bat of their second baseman, Jose Altuve. After only batting .246 as of June 29, the six-time American League all-star and 2017 American League most valuable player has seen his batting average increase 54 percentage points to .300 in a span of one month and one day.

In the last three games, Altuve has been on fire. He has collected eight hits in 12 at bats for a batting average of .667. Of the eight hits, two have been for extra bases as he has a double and a home run. In the last 72 hours he also has scored three runs, had three runs batted in and had two walks.

At 5’6″, 165 pounds, Altuve is one of the smallest players in Major League Baseball. However, he has become extremely valuable to the Astros organization and has been a mainstay in the Houston batting order where he regularly bats second behind center fielder George Springer.

The Astros need to be considered strong World Series contenders at the moment. It is very possible that Houston could win its second World Series in three years. At least, they are in the conversation. At 69 wins and 39 losses, they have the second best record in Major League Baseball and only half a game back of the Los Angeles Dodgers.

In their two wins this past weekend in St. Louis, it was not only Altuve that produced offensively, but many players in the organization. As a unit, the Astros scored 14 runs and collected 16 hits against a Cardinals team currently leading the National League Central.