Packers' DL Montravius Adams Is Stepping Up His Game 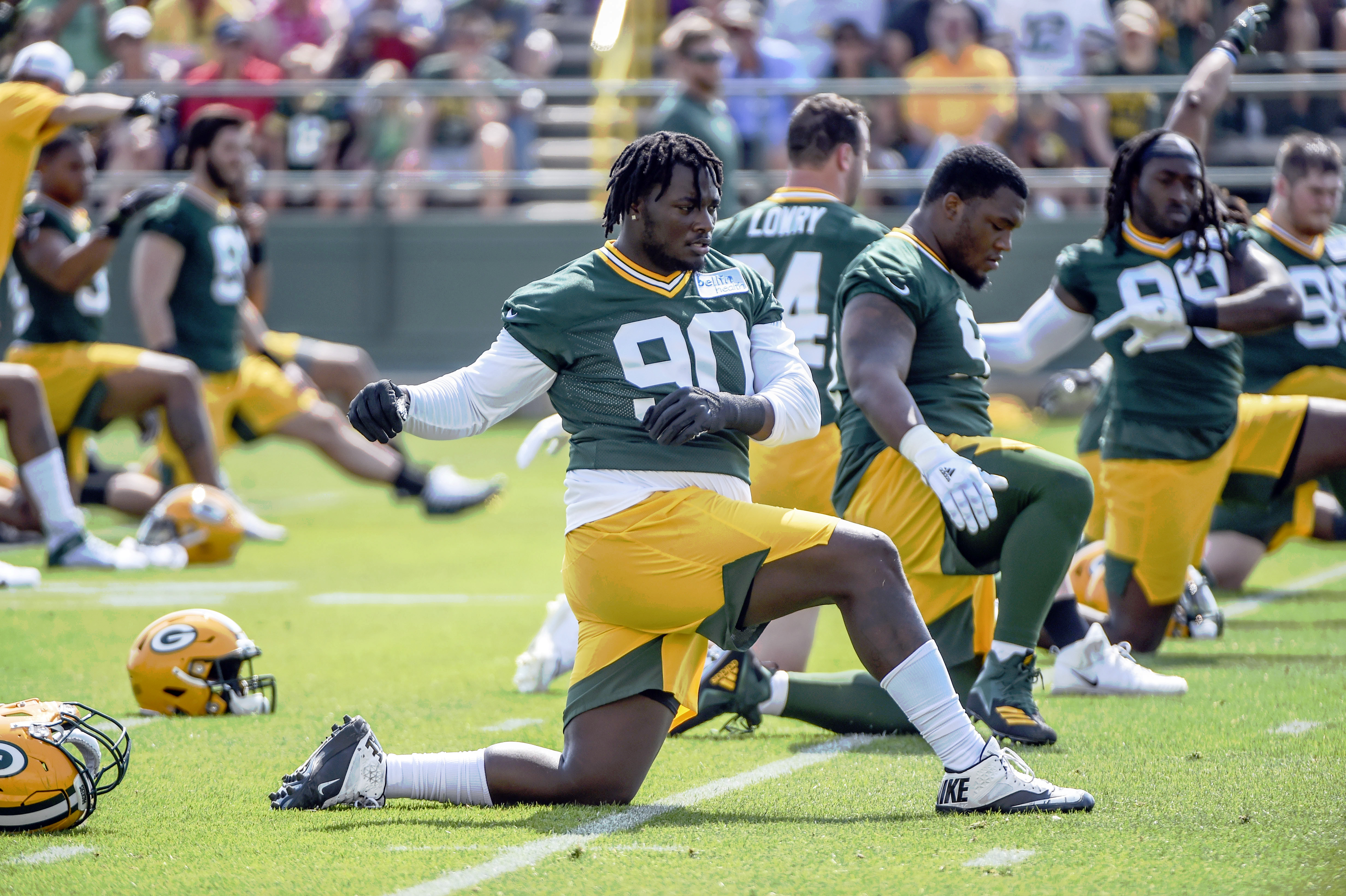 Packers' DL Montravius Adams Is Stepping Up His Game

The time is now for Packers defensive lineman Montravius Adams. Defensive coordinator Mike Pettine picked the third-year man out of Auburn as the most improved player on defense in camp thus far. The former third-round pick now has a chance to live up to his potential and claim a starting position after the recent release of Mike Daniels.

In his first two seasons in the league, Adams was a disappointment. Injuries slowed him during training camp of his rookie season but when he did get on the field, he was not a factor on defense. In seven games as a rookie, Adams made a total of two tackles and had no sacks. In 2018, Adams recorded 20 tackles and 1.5 sacks. After a slow start, he came on late in the season and showed some play-making ability.

Unfortunately for the Vienna, Georgia, native, he didn’t make a good first impression on Pettine when the defensive coordinator arrived in Green Bay for the 2018 season.

“When I first got here and met him in the spring, my opinion wasn’t real high and he knows that,” Pettine told reporters Monday during a press conference. “We challenged him, and I think [defensive line coach] Jerry Montgomery has done an outstanding job with ‘Mon.’ ‘Mon has taken the challenge [and] lost a bunch of weight.”

The weight loss is obvious. Looking at photos of Adams from last season as compared to training camp this season and you can see the Adams has slimmed down and appears to be in much better condition than he was a year ago. The extra weight clearly hurt his performance on the field. Adams always had the bulk that coaches wanted, but in his first two years with the Packers, he failed to show the quickness and burst that made him such a force in college. 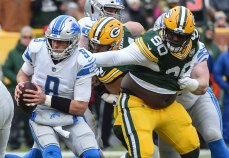 The fact that Adams finished last season with some strong play was also a factor. “The confidence at the end of last season he got, getting out there and playing—Hey, I can do this—really propelled him into the offseason to show up in April ready to go and he’s been impressive since he came back,” Pettine added.

During the second half of the season, Adams started to show improvement. His first NFL sack came in November against the Dolphins in Green Bay. He added a half sack on December 16 in the Packers loss the Bears at Soldier Field. In the season finale against Detroit, Adams was in on seven total tackles. On a day when many players appeared to have mailed it in, Montravius Adams was still out there giving his all.

The improvement Adams showed during OTAs and mandatory minicamp made the Packers decision to let Daniels go a bit easier. Since then, Adams has been taking reps with the first team defensive line.

“If I had to vote somebody or say who’s the most improved from a year ago, I’d say Montravius,” Pettine said.

His position coach agreed during OTAs. It was clear immediately that Adams took his commitment to the game to another level. “The guy [Montravius] came back in tremendous shape.  He looks different body-wise than he did a year ago,” Montgomery told reporters in during OTAs. “He’s working every day…He’s a lot further along today than he was last year at this time.”

The potential has always been there for Montravius Adams. Now it’s up to the 6’4”, 304-pound defensive lineman to prove he can perform consistently during games throughout the season. If he can accomplish that goal, he will have an increased role in the Packers defense in 2019.