The Redskins defense is preparing to dominate this season 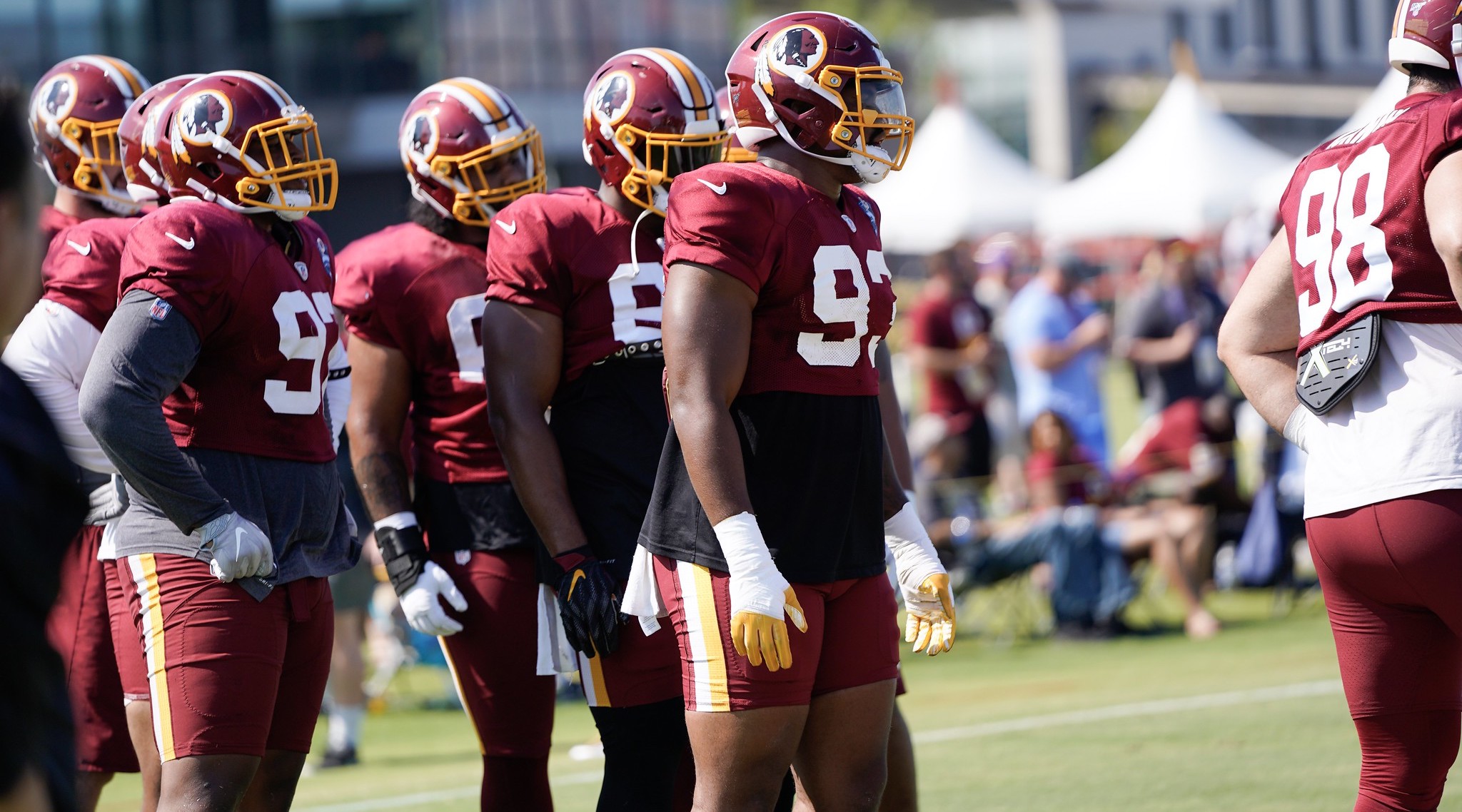 The Redskins defense is preparing to dominate this season

Every NFL team has areas of concern going into training camp. Some teams just need a bit of tweaking, while others have bigger holes in their roster that require more attention.

The Redskins head into the 2019 season with their fair share of question marks scattered over the roster. There’s an ongoing quarterback competition between an average veteran with low expectations and a rookie with a high ceiling. The wide receiver corps is largely unproven and average at best. The offensive line, save for Brandon Scherff, is constantly in flux and struggling to find continuity. And the backfield is comprised of an aging future Hall of Famer and a second-year player coming off an ACL injury who’s never played an NFL down.

The other side of the ball, however, doesn’t garner as much concern.

USA Today recently projected each team’s win total for 2019, and had the Redskins at the bottom of the list, tied with the Dolphins, Bengals, and Cardinals for a projected win total of three (!!!)

But when glancing at the defensive lineup on paper, and taking into account the “Talk Sh*t and Compete” culture initiated by defensive lineman Jonathan Allen, the defense alone might help win at least three games.

It starts up front with the defensive line, which, in the most non-hyperbolic way could be considered one of the strongest units in the league by season’s end. Jonathan Allen tallied 8 sacks last season and is a certified monster in the trenches. DaRon Payne is a 2018 All-Rookie talent who is on pace to earn the same certification. Matt Ioannidis, who didn’t end the year as strong as he’d like, still looks to build off a solid 7.5 sack season.

The talented front line is backed by All-World linebacker/edge rusher and terrorizer of quarterbacks Ryan Kerrigan, whose starting linebacker mob will likely be joined by his new padawan apprentice Montez Sweat. Sweat already has his head coach issuing superlatives to describe him:

“Montez is a freak.”

Gruden is glowing at Sweat’s potential, and is mapping out the process to help him reach that potential.

“Speed, size, length. We’re working on his drops and his aiming points and all that. But from a pass-rush standpoint, obviously he will be a problem for a lot of people; even if he doesn’t get home, you’ll feel his presence because he’s so long and he’s always around the quarterback”

What could end up being the strongest factor in the Redskins becoming a dominant defense is Landon Collins.

Collins vies to play, and lead, vicariously through the late great Redskins strong safety Sean Taylor, and was recently touted by his teammate Jonathan Allen as an ‘alpha male’ persona. It’s a trait that has helped shape the identity of the defense so far in training camp.

“It’s hard to tell how his presence is felt in shorts, but when the pads are on that’s when you feel Landon.”

Collins has a reputation for being a physical safety who loves to play inside the box. This can only add to the dread every offense on the Redskins schedule will feel when you combine the physicality up front, the speedy rushers coming off the edges, and a brutal strong safety lurking nearby.

Only three wins this season? Sure. Go tell that to a Redskins defender’s face.