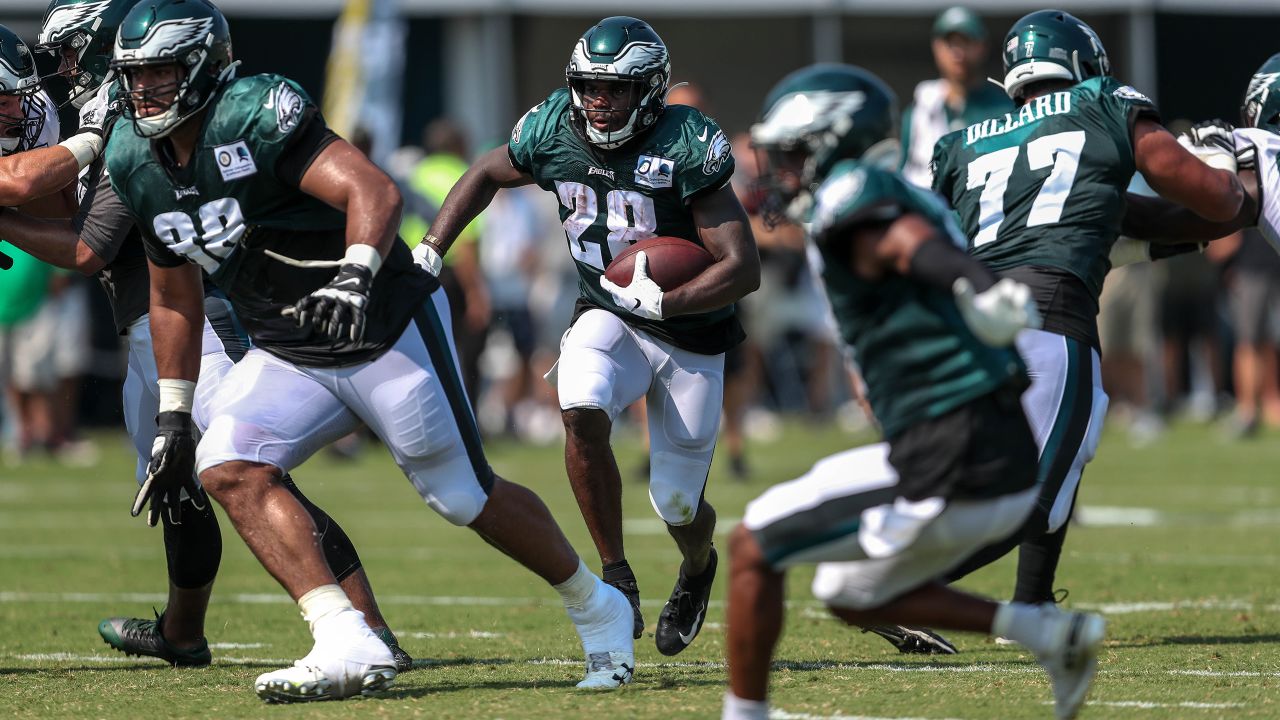 As we get closer to the Eagles’ only open practice at the Linc where our Aussie correspondent Ben (Beans) Watt is expected to appear in person, the pace of training camp intensity is modulating into a discernible pattern—grueling workout followed by easy practice followed by another grueling workout.

At least the Amazon Forest climate in Philly has temporarily subsided. If these guys are basically climatized to high heat and humidity by now, the rest of this week’s practices should feel like almost comfortable working conditions.

Wednesday’s session was a 10-10-10 workout, meaning cycles of 10 plays for the offense, 10 plays for the defense, and 10 minutes of special teams for a total of 90 minutes practice time. It followed the Eagles’ longest and hottest practice (with full tackling) from the day before.

According to the writers who were there:

–Brandon Graham looked strong as he created pressure from the left side of the defensive line.

–Dallas Goedert unveiled a double move in his route repertoire, something we didn’t see a lot last season.

–The secondary’s “Big Nickel” package featured three safeties in the game at the same time, with Malcolm Jenkins covering the slot and Tre Sullivan and Andrew Sendejo playing the traditional safety roles.

–Both Carson Wentz and Nate Sudfeld looked sharp during their reps at QB.

–Wendell Smallwood has impressed at RB, particularly in releasing from the backfield to make short pass receptions over the middle.

–Miles Sanders showed off some major burst in his stride when he carried the football and in YAC on passing plays.

–Zach Ertz appears to be primed for another big season as he ran some patterns which showed an even higher level of deception in his cuts than seen before.

–Cornerback Josh Hawkins may be the dark horse candidate for making the final 53, as he continued to make big plays in coverage.

“The transition from college to the NFL is much more difficult than the one from high school to college,” Dillard said. “You don’t realize that until you’re here. You can get away with things in college that you can’t get away with in the NFL. These guys have an answer for just about everything you bring, so you have to learn more than you’ve ever learned, and you have to be sound in everything you do. You have to be technically sound in every single practice, or those guys are going to get you, and it’s not pretty.”