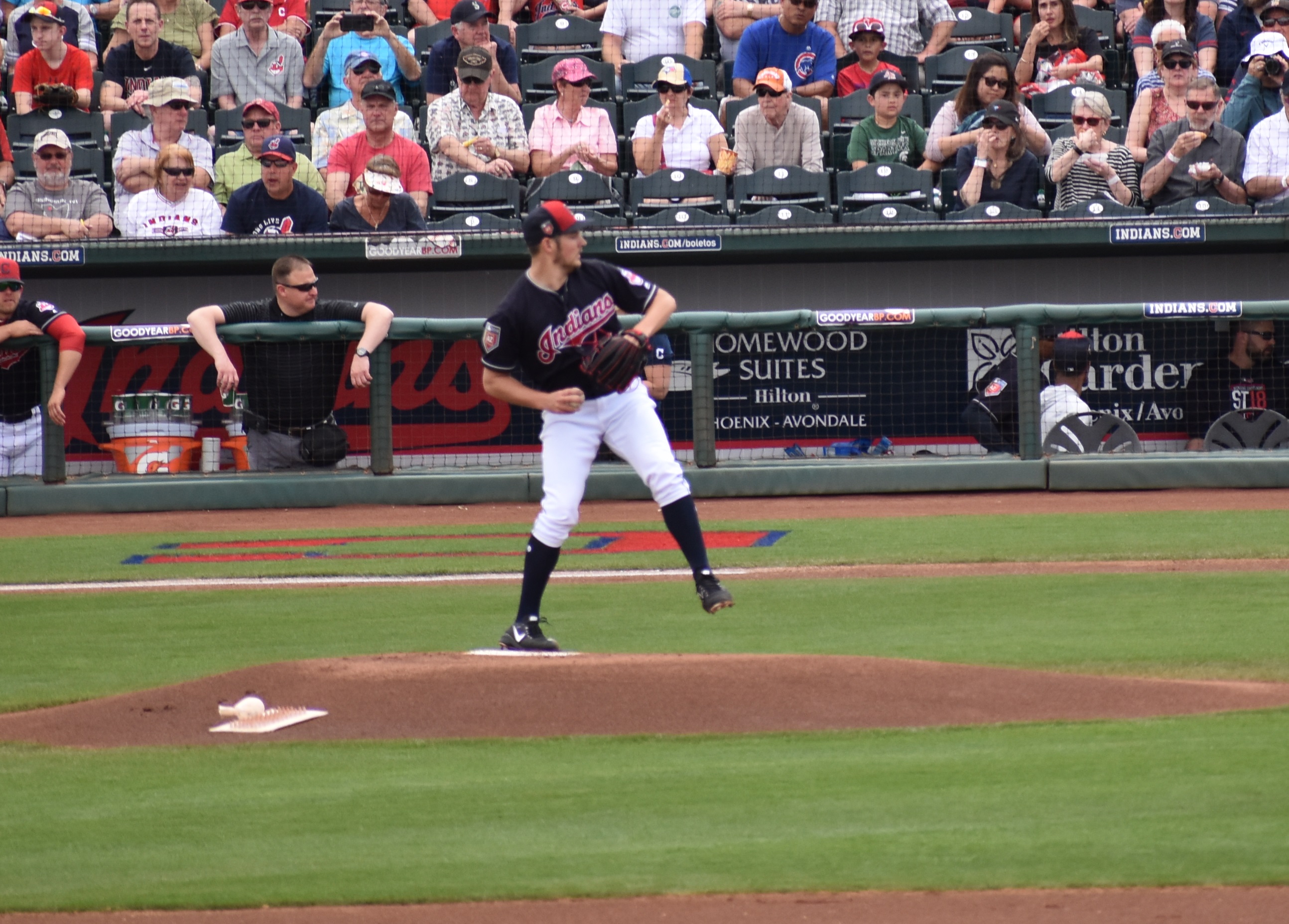 Following their loss to Houston last night, the Indians finally pulled the trigger on the biggest trade piece in the franchise, Trevor Bauer. In a three team deal with Cincinnati and San Diego, the long time Indians starter will head to the Reds while Yasiel Puig and Scott Moss from Cincy as well as Franmil Reyes, Victor Nova and Logan Allen from the Padres will go to Cleveland. The Padres get top Reds prospect Taylor Trammell.

Let’s break this thing down bit by bit.

To start, Bauer isn’t as bad as people make him out to be. Essentially, he’s just more outspoken than most baseball players. He initially rubbed the Diamondbacks the wrong way because he disagrees with old school baseball techniques, then when he reached a city that not only allowed him to continue his Driveline style program, but completely change the protocol for minor league pitchers, he lost many fans in the new school when he openly talked about who he supported for president and why. None of this should really enter into anyone’s opinion of Bauer as a pitcher, yet it has greatly.

Ultimately, he got this right. Baseball’s arbitration system has long been known to be completely backwards, paying people for past performances rather than future expectations, and Bauer is set to earn $20M next year. This is despite the fact that he had his best season ever last year (2.21 ERA, 5.7 WAR) and has been significantly worse this season.

In 2019, Bauer leads the league in both hit batters and walks with a 4.17 FIP that shows his 3.79 could actually be a little below expectations. This is his worst FIP and walk rate since 2015 and includes his worst home run rate ever in a qualifying season. Bauer deserved far more than the $12M he received for the seasons from 2015 through 2018, probably deserved about the $13M he is receiving in 2019, but won’t be worth the amount he will get next year unless he can repeat his 2018 season.

Add into this his continued statements against signing a long term deal and the Indians were looking at a situation where they would have to pay him far more than his value in 2020, then lose him in 2021 anyway. Now was the perfect time to move Bauer.

Moving onto the return from the bottom to the top, Victor Nova is a 19 year old third baseman out of the Dominican Republic who has played in the Padres organization for two seasons. He has played second, third and left during his short career and has shown a solid offensive approach this year in the AZL. While those numbers need to be discounted a bit as offensive performances are off the charts right now in the Arizona League, he will do some to replenish the lower minor league depth that the Indians have been sending around the league over the last year.

Trammell puts the ball in play for the Scottsdale Scorpions during a 2018 Arizona Fall League game. – Joseph Coblitz, BurningRiverBaseball

The biggest prospect of the deal is heading to San Diego as Taylor Trammell is a very exciting outfielder. He had a great season in the Arizona Fall League in 2018 and played in the Futures Game in consecutive years, this year making some headlines when he apparently stole home, but was called out, likely costing him his second straight Futures Game MVP. His numbers are down a bit in AA this season, but he was still considered the Reds top prospect at the time of the trade.

The other Reds minor leaguer involved in the deal was 24 year old left handed starting pitcher, Scott Moss. Moss was playing for the AA Lookouts alongside Trammell where he had a 3.44 ERA and a 10.9 K/9. His walk rate is a bit high, but given that the Indians haven’t had a legitimate left handed starter reach the upper minors in years, he should slide into the rotation in Akron nicely.

Onto the bigger names, Logan Allen is a 22 year old left handed pitcher in his first MLB season. He has struggled there and in AAA as well this year, but had a tremendous season last year between AA and AAA. Over five minor league seasons, Allen has a 3.08 ERA, 9.5 K/9 and 3.4 BB/9. Originally drafted by the Red Sox in 2015, Allen was traded to San Diego as part of the massive haul that came back for Craig Kimbrel in November, 2015.

While he may not be the biggest name in the deal right now, the real reason this trade was such a huge win for Cleveland was the addition of Franmil Reyes. Reyes is just 24 years old and under team control through 2024, making him essentially worth Bauer on his own. He has incredible power with 43 home runs already in his career through 186 games and a .519 slugging percent despite playing his home games in Petco Park.

Reyes’ one downfall is his defense, which is so bad in has nearly entirely sapped his value as an offensive player. With Cleveland, he will likely move Carlos Santana permanently to 1B instead of being a part time DH while Jake Bauers is either sent to AAA or moved permanently to the outfield. This will allow Reyes to only DH and provide some power in an Indians line-up that essentially had none beyond the trio of Francisco Lindor, Jose Ramirez and Santana.

Also adding to the Indians power and allowing them to move on from Bauers for the moment will be Puig. Like Bauer, Puig is a rental and will be a free agent soon (2020 for Puig), but unlike Bauer, he may actually help his new team reach the play-offs. While his numbers are a little down this year, Puig has already reached 20 home runs for the third straight season and since May  3rd has hit .282/.338/.534 after having a rough start. While absent minded at times, Puig has been essentially a league average defender in the outfield over the last two years. This is big as with the acquisition of Reyes, he will likely be exclusively used in the field.

Before a single game has been played in a new uniform, many are already heralding the Indians as the winners of this deal, losing just one pitcher that would have left after 2020 anyway and returning so much. The real question is why were the Reds in on the deal. With a staff ERA of 3.88 and fWAR of 9.9, the Reds have one of the best rotations in baseball. In addition, at 7.5 games back in the Central and sitting behind nine teams in the Wild Card race, the Reds have essentially no 2019 play-off aspirations. Essentially, they have barely improved their team and it only cost them their best outfield prospect.