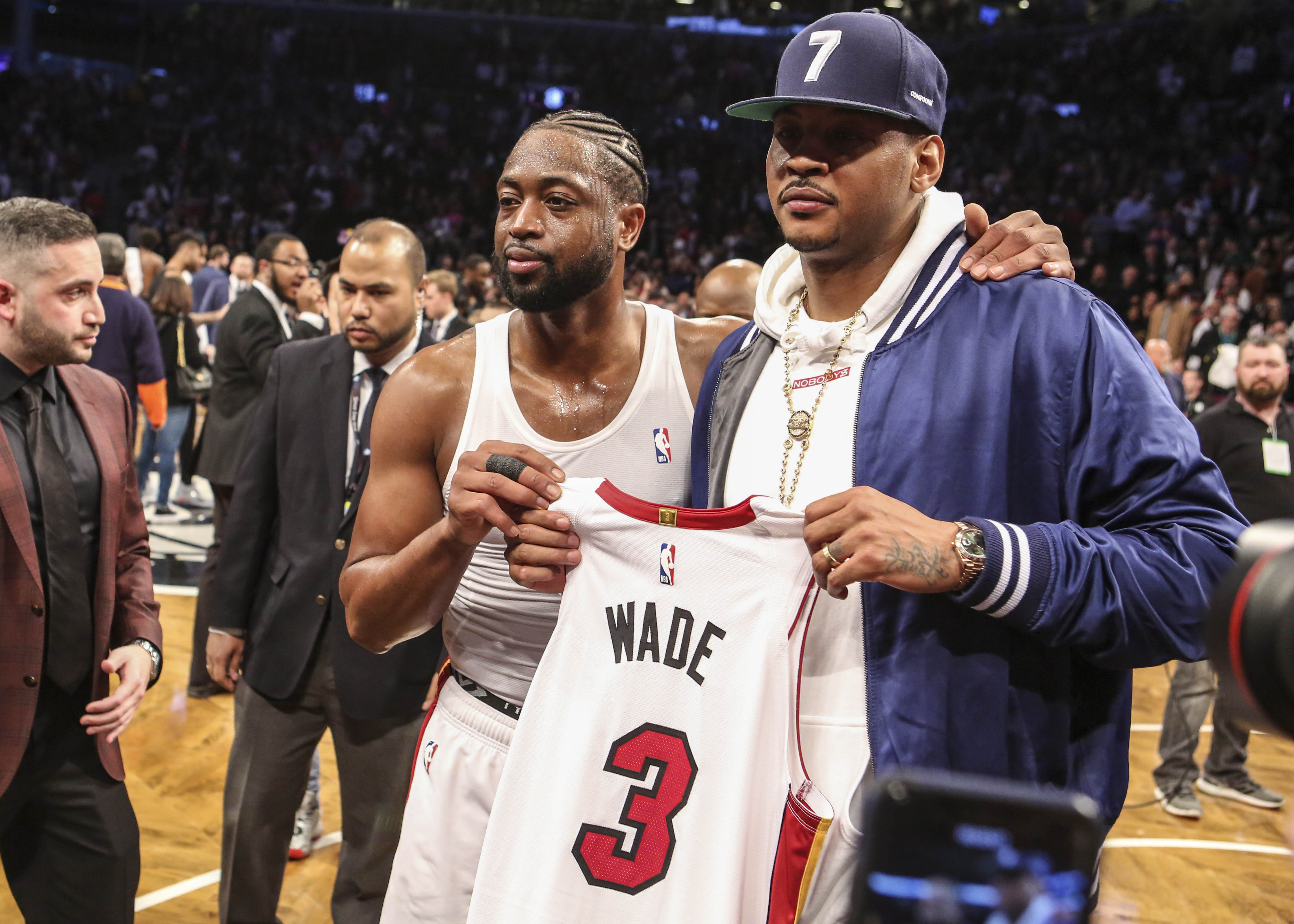 The New York Knicks appeared to have inside trade on signing Kevin Durant and Kyrie Irving — at least at one point earlier in the year — but for whatever reason, the duo elected to team up in Brooklyn and join the Nets instead.

It’s unclear whether it had to do with culture, medical staff, or just the fact that the Knicks have not fielded a winning team in quite some time.

Whatever the reason, the Knicks were forced to settle for a few role players in free agency to build around.

However, a recent report by Shams Charania of The Athletic states that if they had gone the veteran route and landed KD and Kyrie, they also would’ve brought back Carmelo Anthony. It reads:

Anthony’s inner circle had conversations with USA Basketball officials about the possibility of him returning to the program to play this summer, sources told The Athletic. There was a sense Anthony, 35, could benefit from Team USA, and vice versa. Both sides ultimately decided not to go in the direction of Anthony suiting up once more for the U.S., sources said, with Team USA thanking him for his play over the years.

That would’ve been interesting, as Melo would’ve had his farewell tour.