No Reason For Oilers To Hold Back Benson, Marody 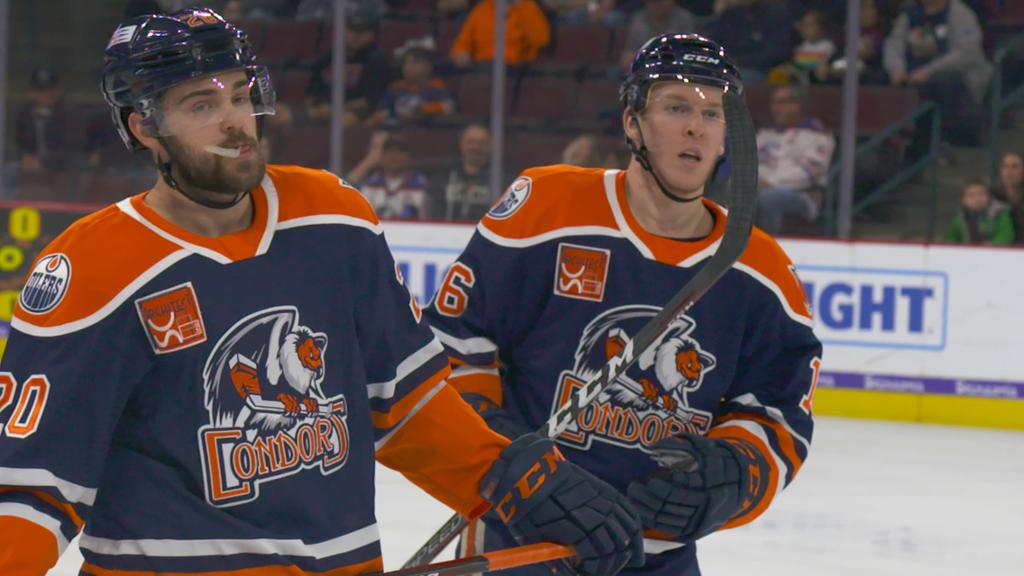 No Reason For Oilers To Hold Back Benson, Marody

Ken Holland, when he was GM of the Detroit Red Wings, had quite a different reputation. His teams kept their prospects in the AHL longer than expected, allowing them to become impact players in that league before pushing for NHL time. Those Wings teams also had insane depth and a core that competed for the Stanley Cup each and every season.

The Oilers don’t have near the depth that those Red Wings teams did. They also have some key holes in their lineup and some prospects that make perfect sense to fill them. Should the Oilers rush players? No, that’s not smart. They also shouldn’t force players that are ready for the NHL to go back down to Bakersfield.

There are three players often debated when it comes to development. Forwards Tyler Benson and Cooper Marody have played a full season in the AHL, while defender Evan Bouchard has dominated the OHL in each of the last two seasons. Bouchard also showed quite well in two pro stints, one in the NHL (October) and one in the AHL (April).

Bouchard, yet to play his rookie pro season, is likely better served with some time on the farm. Benson and Marody? There are roles on Edmonton’s roster that they both fit, and they both appear ready to at least push for time in Northern Alberta this winter.

Benson soared as a rookie in 2018-19, finally enjoying a fully healthy campaign. The second rounder from 2016 played in 68 games for the Condors and registered 66 points (15-51-66) in what can be considered a strong campaign.

He got better as the season went on, evident by his improved goal scoring later in the season. He impressed with his play-making ability and two-way game, easily taking a top-six forward role for the Pacific Division champions.

Benson’s season was one of the best when compared to other rookies. He finished second in scoring among rookies with 66 points, two behind Syracuse’s Alex Barre-Boulet. Barre-Boulet, who played in the Eastern Conference, had the luxury of playing more games. He played 74 games compared to Benson’s 68.

Benson, as mentioned, brings a strong two-way game and play-making ability to the table. If his goal scoring truly turned a corner, as it appeared to have in the second half of last season, then Benson could make the jump in camp.

He was an impact player in year one of his professional career and is three years removed from being drafted. The Oilers have been very patient with this player, his time to make the jump is now.

He’s got the skills and the smarts to play in the NHL. Can he stay healthy consistently and can he keep up at the NHL level? Those are the final two hurdles for Edmonton’s top forward prospect. If he proves he can keep up in camp, he should be in the lineup October 2nd.

Marody, like Benson, was an impact offensive player in the AHL in his rookie season. Unlike Benson, Marody got a taste of the NHL and scored over a point-per-game at the AHL level. The University of Michigan product played in 58 games with the Condors, scoring 64 points (19-45-64) in the process. He finished third in rookie scoring and was 13th in the league-wide scoring race.

Marody, at 22, is getting to the point where he is no longer considered a young prospect. With a successful NCAA career and a solid AHL season under his belt, Marody’s time is now.

He’s got the skill, in my opinion, to be a top-nine forward in the NHL right now. He can play both wing and center, and has NHL size. The lone thing holding him back? Slower boots. He’ll need to improve his skating if he wants to have a long NHL career.

The good news? That’s something you can work on and improve.

Both Marody and Benson were impact players in year one at the AHL level. They both finished inside the top 15 of league scoring, and helped propel the Condors to heights never before reached.

The NHL is now a young player’s league, and young skill dominates the day. The Oilers have arguably the weakest forward group in the NHL, severely lacking skill outside of the first line. They need young, cheap players to come in and provide value that exceeds their price point.

If both Benson and Marody prove to be among the 12 best forwards in camp, which is a distinct possibility, they should both be in the lineup opening night. Sending them down just to say you were extra patient does no one any favors.