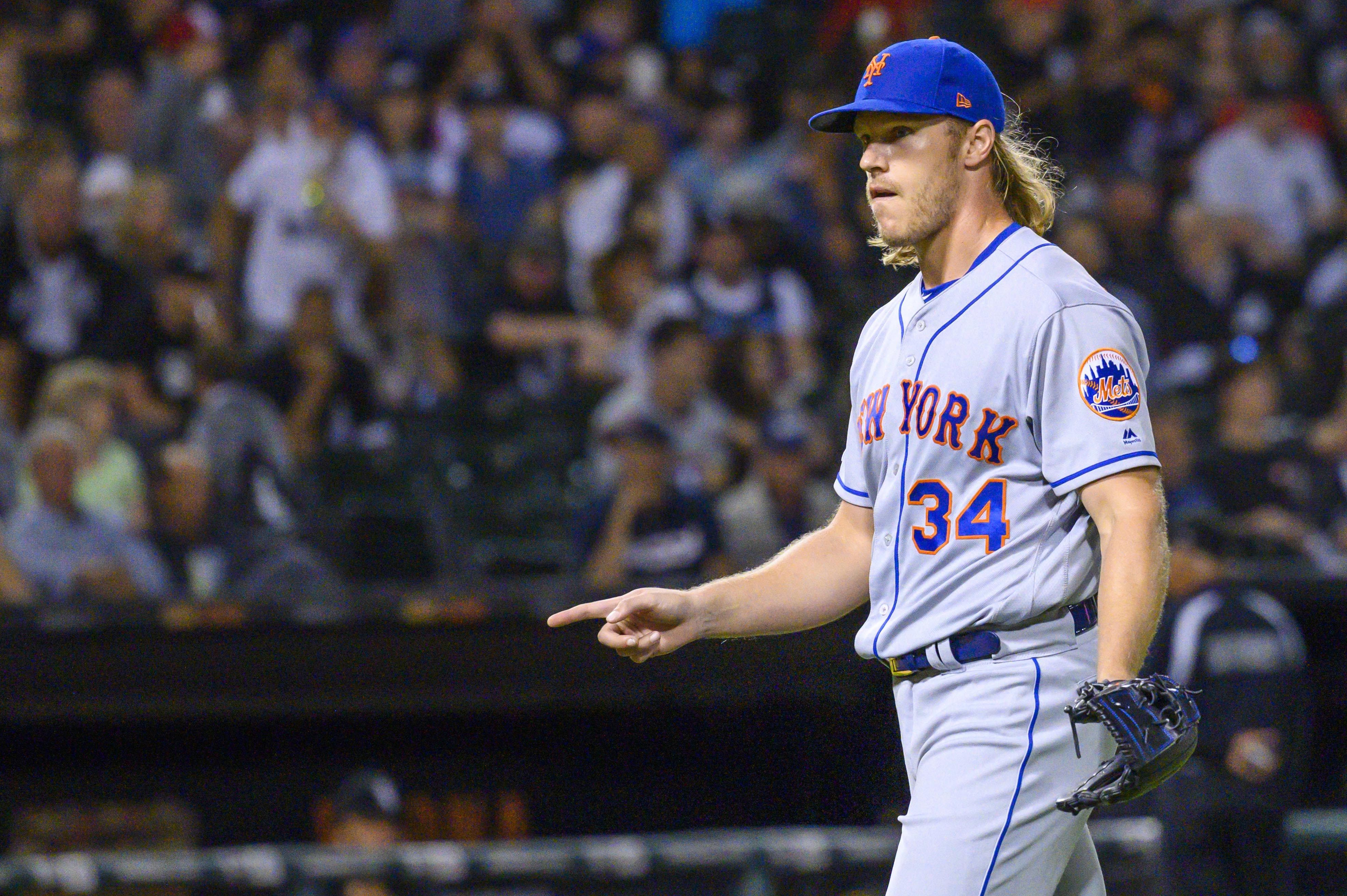 It’s not as romantic to say that Noah Syndergaard caught the White Sox at a bad time, or that he just had his great stuff tonight in going seven and a third while striking out 11 White Sox. But for him to do it with the trade rumors swirling around him like a nor’easter certainly makes for a romantic story, one that I’m sure everyone will run with. If Noah told me that he took the mound with a purpose because of all the rumors and it helped him to that performance, I’d believe him. I’d believe him because why would he lie? (And I’d believe him because he’s bigger than me.)

But I’d also believe the theory (given to me by someone smarter than me) that Syndergaard was given an indication by somebody, in private, that he wasn’t going anywhere. It would at least explain why he’s been so fun loving on Twitter through this entire thing. Performances like the one Syndergaard had could also come from being relaxed instead of being focused. So I’d believe that too.

One thing I think most people would believe is that the performance, whichever emotion it came from, is a pure challenge to the Mets to show them what they’d miss out on if they let him go. It would sure as hell take some cajones, if not necessarily brains, to do it after that.

One player who probably isn’t going anywhere is Edwin Diaz who, as the day started, was in the middle of some chatter about Brodie Von Monorail asking the Red Sox for Andrew Benintendi.

.@Buster_ESPN just said on @GetUpESPN that the Sox May have to give up either Andrew Benintendi or Jackie Bradley, Jr. to get Diaz.

Question for .@RedSox fans, would you part with either one if you’re Dave Dombrowski – and if yes, which of the two? https://t.co/4NJoL4Jd0S

But if Tuesday’s game was a swing vote for anybody, I can’t see Edwin Diaz bringing back Andrew Lloyd Webber much less Andrew Benintendi. Diaz came in to save the game in the ninth and threw 14 strikes in 25 pitches. He had no control of his fastball and, as you know, he has completely abandoned his slider (five sliders in 25 pitches, and not one single slider with two strikes.) And he gave hit a guy near the face and then gave up a sac fly to tie the game for the White Sox. He’s still hitting 100 on the gun, and if somebody wants to give up a couple of good prospects for that, then God bless ’em. I’m not sure anybody’s that crazy.

Thankfully, the Mets’ offense came to the rescue in the 11th. First, it was Jeff McNeil with the homage to his new puppy.

Then, Michael Conforto hit one to Wrigley

Robert Gsellman didn’t blow it, and the Mets won their fifth straight. A couple of extra inning wins in San Francisco and the Mets would be a .500 team this morning. They’re 11-4 in their past 15 and the rest of the season still looks like Kilimanjaro. How the Mets embark on the remainder of the trek up the mountain will be decided by tomorrow at 4:00. But it seems as if the biggest pick axe will remain in the bag.