Goodtimes in Goodyear Blue: No One Got Traded This Week! 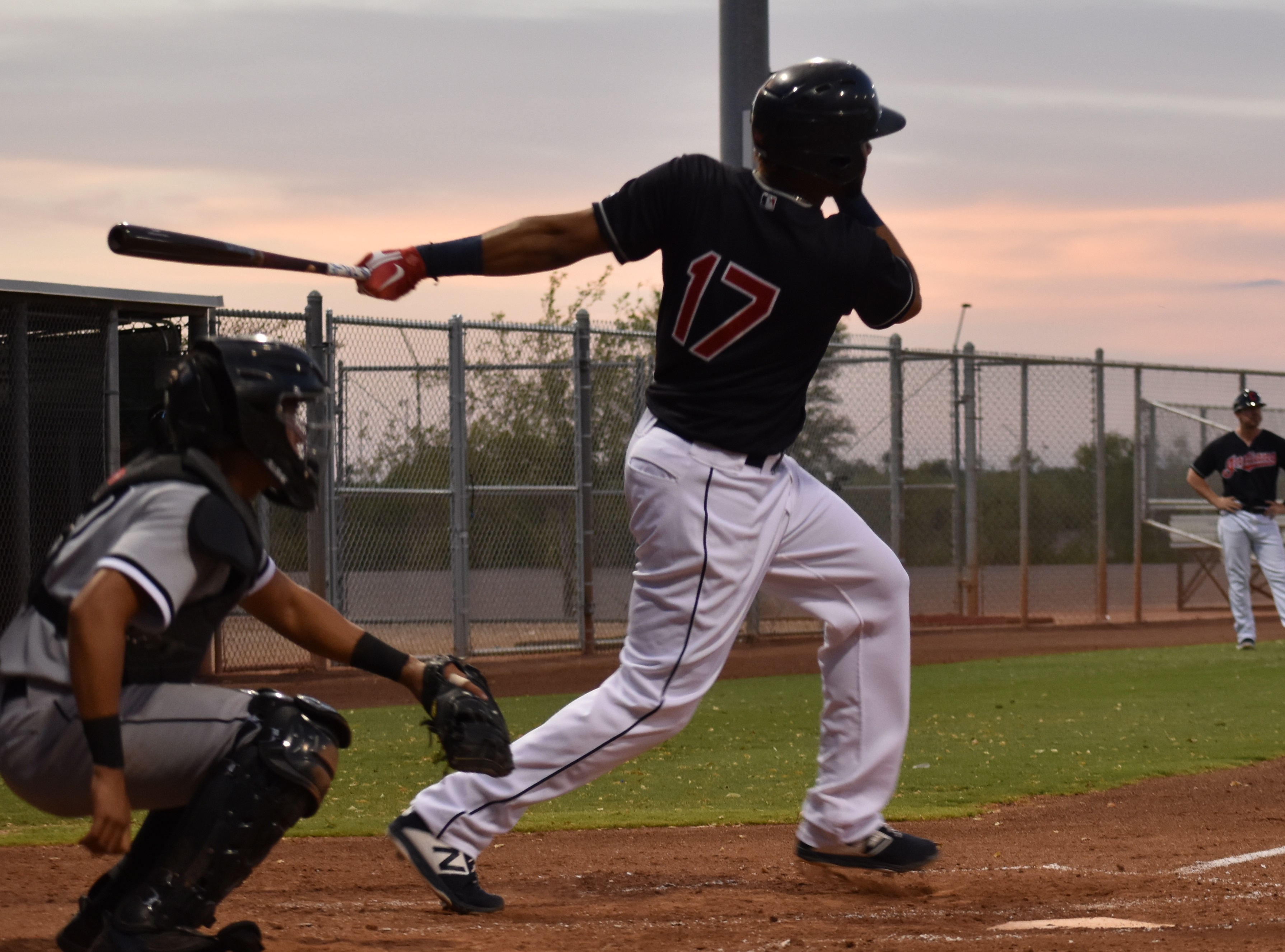 Goodtimes in Goodyear Blue: No One Got Traded This Week!

As we wrap up the month of July, there is just one more month left in regular season play before wrapping up the season with the play-offs. After clinching a spot in the play-offs with their first half division win, team Blue didn’t keep that momentum going through the first week of the second half with a 3-3 record.

This week started with a loss at home against the Reds on July 28th after they had won the previous match a day earlier at the Reds facility down the street. The Reds pounded their way to seven runs with three home runs, two coming off Chandler Fidel. The Indians only used three pitchers in this game with each going three innings and starter Hunter Gaddis had the best appearance among them, striking out five and allowing just one hit, a solo home run from Caleb Van Blake.

Cristopher Cespedes continued his hot streak with his fourth straight game with a double (7 total over that span) and fifth straight with a hit. That streak would end one day later, but this hot streak has still completely turned Cespedes’ season around and he is now hitting .321/.384/.527 with 12 doubles and three home runs in 112 at bats. While he has been in Arizona for awhile, he is still just 21 years old, just slightly older than the average AZL player.

Labaut pitches in relief for the AZL Indians Blue during the 2019 season. – Joseph Coblitz, BurningRiverBaseball

Team Blue got an incredible piggy back start on Sunday against the White Sox as Jordan Jones went three innings and struck out seven, with one hit and no allowed, then Randy Labaut struck out seven more in the next three innings with three hits and no walks. The White Sox were kept off the board entirely until the 9th, when they scored an unearned run against Nate Ocker.

Jones was a 16th round pick, but has been a smoke show recently, striking out ten in his last six innings while allowing just one hit across the two appearances. On the season, he has 26 strike outs and six walks allowed in 21.1 innings. Labaut was taken even later in the draft (35th round), but has been having success in a similar fashion with ten strike outs in his last two appearances spanning six innings. He walked two and allowed three hits during this span, but has walked just three all season compared to 20 strike outs in 17.1 innings. He hasn’t allowed an earned run this season since his first appearance and has now dropped his ERA to 2.08.

Jones makes a start for the AZL Indians Blue during the 2019 season. – Joseph Coblitz, BurningRiverBaseball

The Indians really brought the power in this game as well as Jeikol Contreras and Pablo Jimenez each hit home runs, while Jose Tena hit two triples. The 18 year old Tena has been particularly impressive this season, on offense, defense and on the bases. Tena has hits in 16 of his last 18 games and has just four hitless games this season in his 25 played.

The Indians Blue got a real treat on Monday as they were able to get out of the heat and stop playing on backfields as the AZL Diamondbacks played them inside the dome of Chase Field, MLB home of the Arizona Diamondbacks. With the DBacks on a road trip in Miami and New York, the AZL DBacks have taken advantage by playing a couple games indoors. Neither team hit one out of the big league park, but both offenses were on show as the Diamondbacks won 8-7.

Tena and Cespedes each had multi-hit games with Cespedes knocking in three runs. The defense, however, was a significant problem with five errors committed by five different players. These made six of the eight runs scored unearned.

Team Blue took a loss on their final game on the week, largely due to the worst start of the season by Luis D. Garcia. Garcia has been the staff ace this year and has generally been dependable, but five runs (four earned) on nine hits in five innings doomed the righty. Nick Gallagher followed with a scoreless inning in a rehab assignment.

Also on rehab assignment, Ulysses Cantu went hitless in three at bats, although he did walk once. With three walks his last time out, he has just one hit in seven AZL at bats, but four walks. The rest of the Indians did put together six runs and Wilfri Peralta was a big part of that. His two hits lead the way and he now has 22 runs scored in 28 games this year.