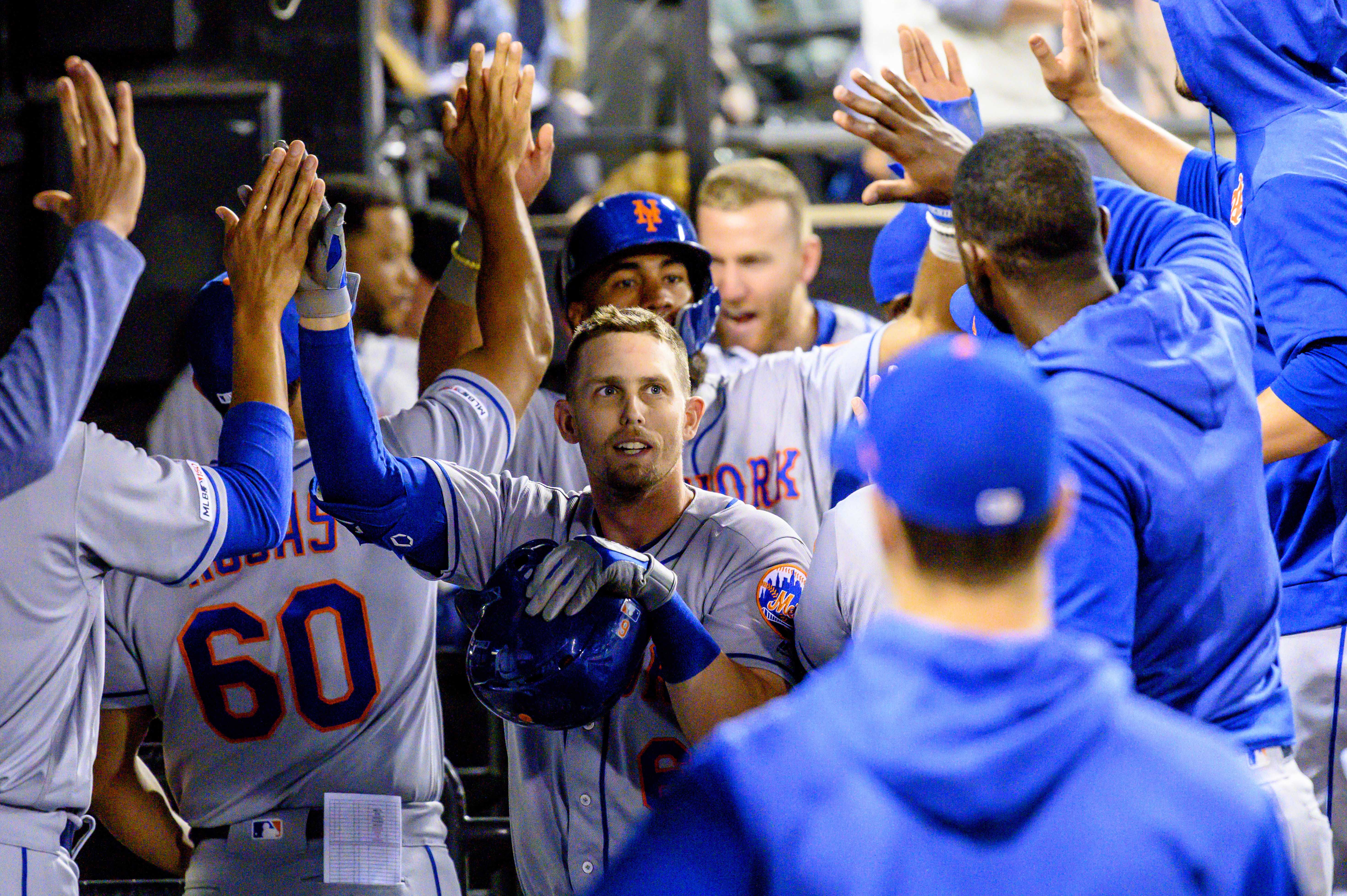 When July began, the New York Mets appeared to be dead and buried in the standings. The Mets started the month in the midst of a massive slump and nine games below .500, with postseason play an afterthought. With an assist from a mediocre National League, the Mets not only kept themselves in the race, but went 14-8 in July to close to within 4.5 games of a wild card spot.

The Mets began the month at home, where they went 2-3 against the New York Yankees and Philadelphia Phillies to hit the All Star Break 10 games below .500. A bad loss in Miami after the break left the Mets a season high 11 games below .500, but things started to turn around at that point. The Mets ripped off four straight wins against the Marlins and Minnesota Twins, but a setback against the San Francisco Giants appeared to send the Mets careening back towards selling. Instead of packing it in, the Mets won seven of their next eight games and made an add, landing Marcus Stroman from the Toronto Blue Jays for pitching prospects Anthony Kay and Simeon Woods-Richardson.

The only major piece to leave town was Jason Vargas, who was dumped to the Phillies to clear a rotation spot for Stroman. The Mets are now apparently going for a playoff run this season, a decision that no one could have seen coming at the All Star Break. It just happened that the Mets started to click against a weak part of their schedule, giving them some runway to get themselves back into the playoff hunt.

Even though Pete Alonso led the team with six homers in July, he hasn’t been a big part of the run, hitting just .177 for the month as he goes through a post Home Run Derby slump. Jeff McNeil has even been a bit more mortal, hitting .281 with five homers and 12 RBI’s for the month, but the Mets have seen other players step up in a big way. Amed Rosario has taken a huge leap forward, hitting .350 with five doubles, two triples, two home runs, and five RBI’s while posting a .950 OPS. J.D. Davis also took advantage of a bit more playing time, hitting .373 with two homers and six RBI’s, while Michael Conforto (.286/5/16) was steady as usual.

On the pitching side, Jacob deGrom was excellent again, going 2-0 with a 1.09 ERA in five starts while compiling a ridiculous 46:12 strikeout to walk ratio in 33 innings pitched. Steven Matz (1-0, 1.80 ERA) and Noah Syndergaard (2-1, 2.70 ERA) also provided stellar work out of the rotation. The Mets’ bullpen was also outstanding, as Luis Avilan and Seth Lugo didn’t give up a run in 20 combined appearances while Justin Wilson pitched to a 0.96 ERA in 12 games.

This has the Mets poised to make a big push this month, where they begin by wading through some more bottom feeders, finishing up a series with the Chicago White Sox today before facing the fading Pittsburgh Pirates at PNC Park over the weekend. The Mets then return home for a four game series against the Marlins before beginning a run against other contenders, including the Washington Nationals, Atlanta Braves, Cleveland Indians, Chicago Cubs, and Phillies (with a trip to lowly Kansas City mixed in).

The Mets play 28 games this month, and they have to make a big move to get into the hunt. Playing 15-13 ball would leave the Mets under .500 at the end of August, which is not where the Mets need to be if they want to be fighting for a playoff spot in September. The Mets would be well advised to go at least 18-10 for the month, which would put them at 70-65 entering the final month of the year. The good news is that the Mets have a lot of home games coming up, and they have played far better at home over the course of the season, so they have an opportunity to make up a ton of ground.

The Mets will likely need to do some heavy lifting over the next week or so, picking up six or seven wins against the White Sox, Pirates, and Marlins to build some cushion entering the more difficult portion of the schedule. The odds are still stacked against a playoff spot, but the fact the Mets are even having this conversation in August is a step forward from where they have been the past two years.