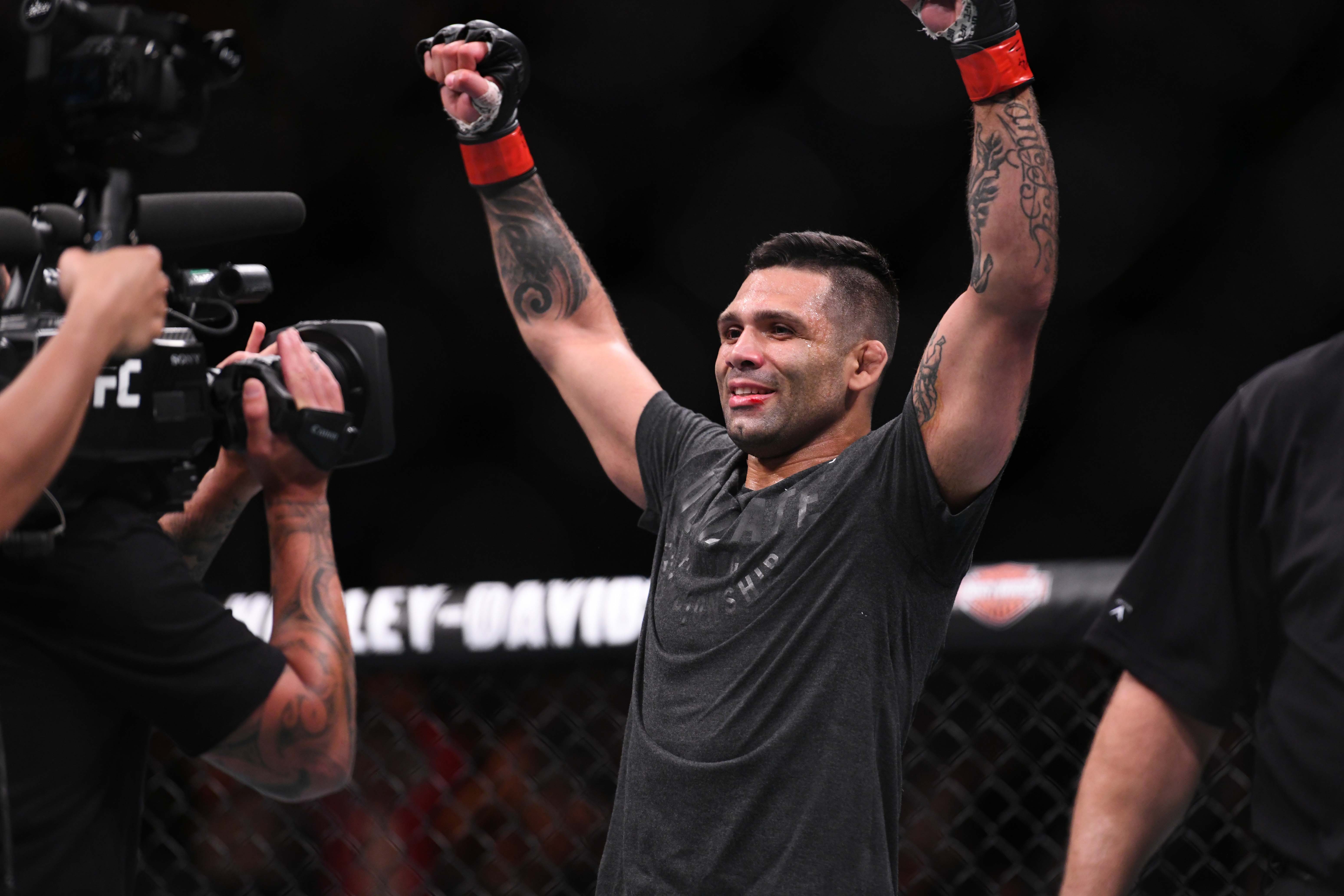 Sadly our Breakout Star from last week never made it to the cage. After hearing that his opponent failed a drug test, Tanner Boser spent the night watching the card rather than competing. Our pick this week was actually close to missing his fight as well. Luckily, we’ll still get to see him do his thing.

The resume for Claudio Silva is one of the best for a four-fight veteran in the division. He currently holds wins over Leon Edwards, Nordine Taleb, Danny Roberts and Brad Scott. While only one is in the rankings, each are impressive names to have on the record.

More important is how he’s gotten it done. In all but the Taleb victory, Silva hit three takedowns (and the only reason he didn’t in that fight was that he finished Taleb too fast). His takedowns on Edwards were unlike anyone we’ve seen Edwards fight, with the exception of Kamaru Usman. While these takedowns are in and of themselves impressive, his jiu jitsu skills make it all the better as the last two of those victories have come by submission.

The Leon Edwards fight was in 2014 – nearly five full years ago. Since then Silva has only fought twice. This is largely due to a slew of injuries and fight cancellations that are out of his control. If he had instead strung together two extra wins in that period, even lackluster ones of that, we may be talking about a top 10 welterweight.

Silva was originally supposed to square off with Ramazan Emeev. Given Emeev’s tendencies, SIlva was undoubtedly preparing for a takedown war and a struggle for top position. After Visa issues forced Emeev off, he gets 35-year-old UFC newcomer, Cole Williams. While Williams is a completely different animal, his takedown game is not in the same ballpark as Silva or Emeev. As a result, expect this one to hit the ground, and end, very quickly.