Your Morning Dump… Where Tacko Fall gets more legendary every day 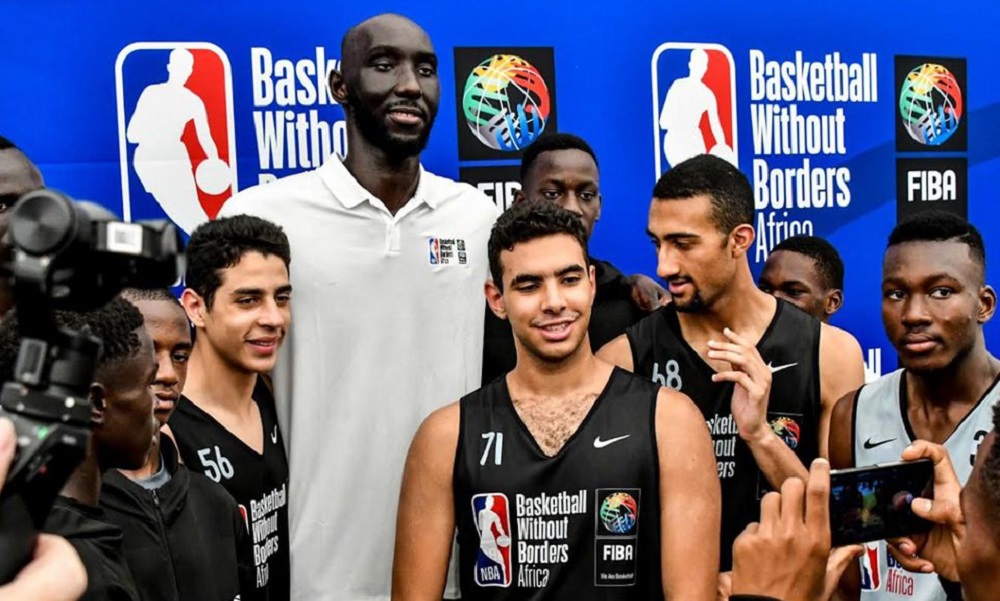 Your Morning Dump… Where Tacko Fall gets more legendary every day

Celtics rookie Tacko Fall was part of the NBA delegation that spent four days in Senegal training some of Africa’s top 17-and-under basketball players as part of the Basketball Without Borders program. The 7-foot-7-inch center spent extra time working with the camp’s big men, and was encouraged by the enthusiasm surrounding the game in his hometown of Dakar, particularly as the NBA prepares to help launch the inaugural Basketball Africa League next March.

But during his time as a teacher this week, Fall, who is still pushing toward his dream of reaching the NBA, also took time to be a student.

He had watched plenty of video of Hall of Fame center Dikembe Mutombo, and the two had spoken on the phone before this. But on this trip, they met for the first time, even traveling together to visit children at a local orphanage.

“He’s like an uncle and I’m like his nephew,” Fall said Wednesday in a telephone interview from Dakar. “He gives me advice, and he talked to me a lot about life in the NBA, especially as a player from Africa, like how you need to behave and carry yourself throughout the NBA. And he told me things about diet and workouts.”

After signing last week with the Boston Celtics, the 23-year-old Senegal native is back in Africa’s westernmost city for the first time in seven years.

He cannot believe how much has changed — his hometown and his life. He used to own one pair of sandals in the seaside capital. He stitched them together when they broke.

Fall landed this week in a polished new airport, drove through seemingly endless construction and now stands in Dakar’s $34 million, just-opened Museum of Black Civilizations. The NBA, which is launching the Basketball Africa League this year, is throwing a party here to unveil which countries will host the first games this fall.

Washington Post: Tacko Fall, the NBA’s tallest player, loves Dragon Ball Z and his fans who dress up like tacos

When you’re 7-foot-7, you’re accustomed to being noticed, but even Tacko Fall wasn’t ready for this level of attention.

After generating more buzz than any other player at the Vegas Summer League, Tacko signed a Celtics contract last week – and then his life got even better with this NBA trip to his hometown and the opportunity to hang out with a couple of All-NBA centers.

Tacko’s status as a folk hero grows every day, and he seems like, as Mike Gorman would say, “a great kid.” Just look at some of his answers in the Washington Post interview:

I don’t know if Tacko is ever going to be a real NBA player, but everyone who loves basketball will definitely be rooting for him.

On Page 2: Get your facts straight

If the Celtics were indeed angry about the Sixers negotiating with Horford before the start of the season, it’s hard to feel sorry for them. After all, they almost certainly had their four-year, $141 contract with point guard Kemba Walker in place before free agency officially began on June 30. They, of course, already had that deal in place because they had basically known for a while that last year’s starting point guard Kyrie Irving was going to leave to sign with the Brooklyn Nets.

The real source of their anger probably is not their deep respect of league rules but because of how their plans for next season were built around Horford. It seems like they are more upset about not re-signing the big man than they are about not retaining Irving, who may have worn out his welcome in Boston. They weren’t expecting the Sixers to give Horford a contract that they felt they couldn’t match and his exit left them scrambling. With Walker and Horford, they could have expected to field a highly competitive team next season, even if they weren’t quite championship-caliber. Instead, they will have to make do with Enes Kanter and be thankful that he was willing to sign with them for just the mid-level exception.

Forbes: The Celtics Have No Right To Complain About The 76ers’ Tampering

No one is going to stand up and argue that Danny Ainge waited until 6 p.m. on June 30 to contact Kemba or his representatives. Of course they spoke before then. And it’s true that losing Horford was unexpected and upsetting. However, it’s not true that Boston ever planned to have Walker and Horford team up.

First of all, we learned by June 19 that Horford was probably gone.

Woj says on ESPN that Al Horford will "almost certainly" leave Boston to accept a four-year deal worth "significantly more" than what the Celtics were willing to offer.

Woj on @SportsCenter says the Celtics are "more than a strong front-runner" for Kemba. Added that Boston "could have a commitment as soon as Sunday night." pic.twitter.com/llbgeZ0vHp

Third, and most important, if Kyrie had been the only player who walked, the Celtics would not have had salary cap space to offer Kemba the max deal that was necessary to attract him. That space only became available because Horford took Philly’s deal and the Cs renounced their rights to him. There was brief talk around June 30 about the possibility of retaining Al and still landing Kemba, which would’ve required a complicated sign-and-trade or other unlikely maneuvers.

If Horford did change his mind and want to come back to Boston the options seem to be:
– Take a huge discount for a 1 year deal
– Trade Smart and Yabu into someone’s cap space to open new cap space for Al
– Get multiple other teams and players to go along w/ big Kemba S&T

But that died when it was obvious Horford preferred the Sixers’ offer.

The bottom line is, at no time were the Celtics in position salary-wise to employ a Walker-Horford tandem. To say Boston was planning that is just wrong.

And, finally… Be fierce

Jayson Tatum has a new signature cologne, and his teammates and friends made sure to roast his Instagram post about it.