Your Morning Dump... Where we got yer Tatum quotes right here 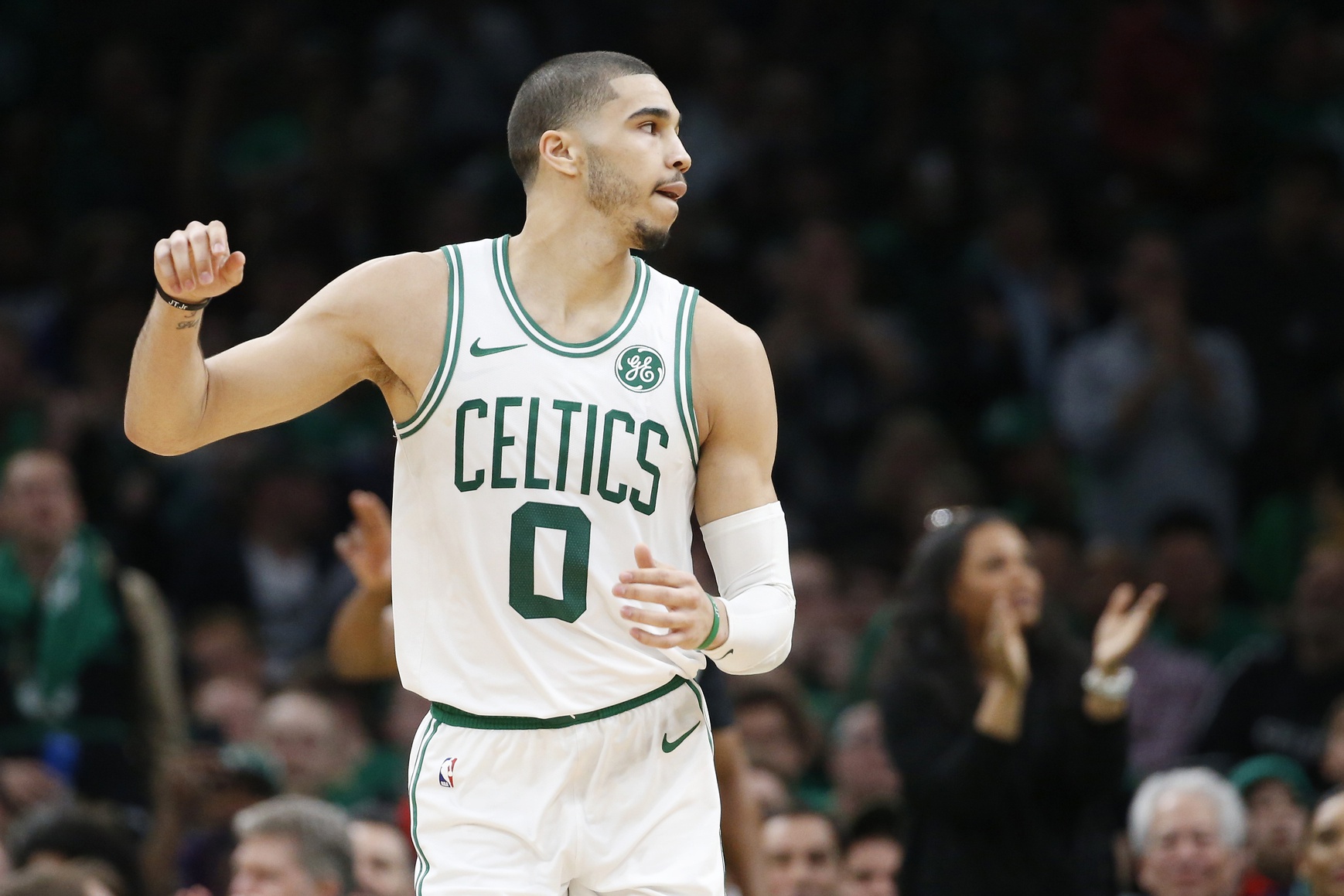 Your Morning Dump... Where we got yer Tatum quotes right here

“I’m very excited (about Walker),” Tatum said at an event in Boston promoting his new Abercrombie & Fitch fragrance on Thursday. “I think I had a big part with him coming here. I was with him in Paris.

“I never told him to come, but I told him I would love for him to join the team and told him how it was. Obviously everybody has to do what’s best for themselves, and I’m happy for him.”

Walker and Tatum clearly hit it off — in an interview with ESPN’s Jackie MacMullan, Walker told a very similar story to Tatum, adding that Tatum told him about Brad Stevens, the city and the franchise without pressuring him to make a decision.

Tatum acknowledged that he did not want to see Irving leave.

“But I’m all for guys doing what’s best for them,” he said. “It doesn’t change the dynamic of our friendship.”

Tatum added: “We still keep in touch. That’s like family. We talk often. Nothing in particular, nothing specific about last season, just friend talk.”

“I’m really looking to take a bigger jump,” Tatum said. “Be more vocal, be more of a leader. Just be a better version of myself.”

I feel good about this year’s Celtics team. I think people are, in general, sleeping on them, Tatum’s earlier ill-advised championship talk notwithstanding.

It’s also interesting to see how thoroughly Tatum has assimilated the Brad Stevens talking points, ‘be a better version of myself’ is a variation of a stock Stevens quote that crops up in interviews with the coach starting in about 2016. Stevens seems to have lifted the phrase from Steph Curry’s 2015 MVP acceptance speech. It’s not clear where Curry picked it up*, or if it’s his own invention.

The bottom line is that the Celtics that are sticking around seem to have learned a few important lessons from last season, which means that it wasn’t a total waste. Of course, the proof of the pudding is in the eating, and all this talk of camaraderie and off-season efforts at improvement were part and parcel of the summer of 2018 as well. Still, you like to think that these young guys are growing up and maturing, and that they’ll bring a better attitude to bear on this season than they brought to the last one.

*This is a fancy way of saying “I didn’t want to do any more research.”

Page 2: But we need to talk about this cologne.

I thought the cologne post on IG was a joke. https://t.co/DqaUjEGUW2

It’s never good when people think that an actual product is a joke. Except for things like fake poop and electronic whoopee cushions.

One of the professors I had in college, a Michael “Tim” Steele, (side note: watching your college professors take on the ’emeritus’ title one by one is a great way of reminding you that you’re old, and that your youth was farther back than you think).

Anyway, where was I? Oh, yes, Tim Steele was, to put it delicately, a tough cookie.

I did not enjoy taking his classes when I was a student. But then an amazing thing happened. I graduated, I got real-world jobs, and I discovered that Tim’s seemingly arbitrary judgments and apparent unreasonableness were a good prep for the world of graphic design, where your clients are going to be unreasonable and inarticulate–and not because they want to be, but because they don’t know the first thing about design.

There was a method to his madness.

And I think I can safely say that had I turned in that bottle and box as an assignment, I would’ve gotten—well, actually, what Tim did when you handed him a particularly bad piece of design is, he’d refuse to accept it. He wouldn’t have let me turn in something that hastily thrown together and that poorly executed.

This fragrance, along with its clearly slapdash packaging, reminds me of one of my favorite products from the era when professional athletes would slap their name on anything, provided the check cleared: 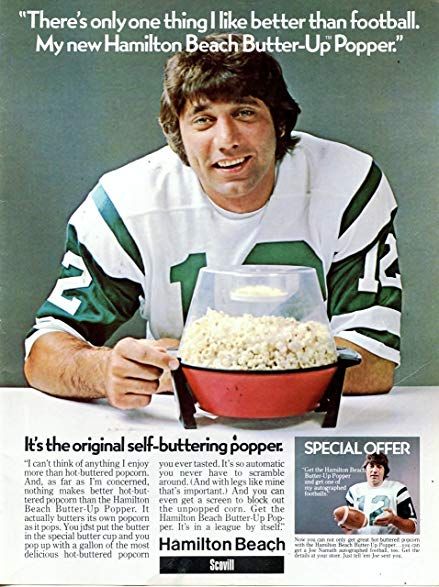 I have absolutely no idea what this cologne smells like–it might smell like hot buttered popcorn, for all I know–but it’s not hard to recognize phoned in effort when you see it.

BTW: The Joe Namath Hamilton Beach Self-Buttering Popcorn Popper™ is from the great era of popcorn popper innovation, although it looks to be nothing more than a poor copy of a West Bend Stir Crazy. I suppose Hamilton Beach figured they could get people to buy an inferior product by slapping a celebrity endorsement on it. Sort of like what the Lakers did when they hired Magic back in 2017.