Down in the Dominican: DSL Indians July 21st - August 3rd 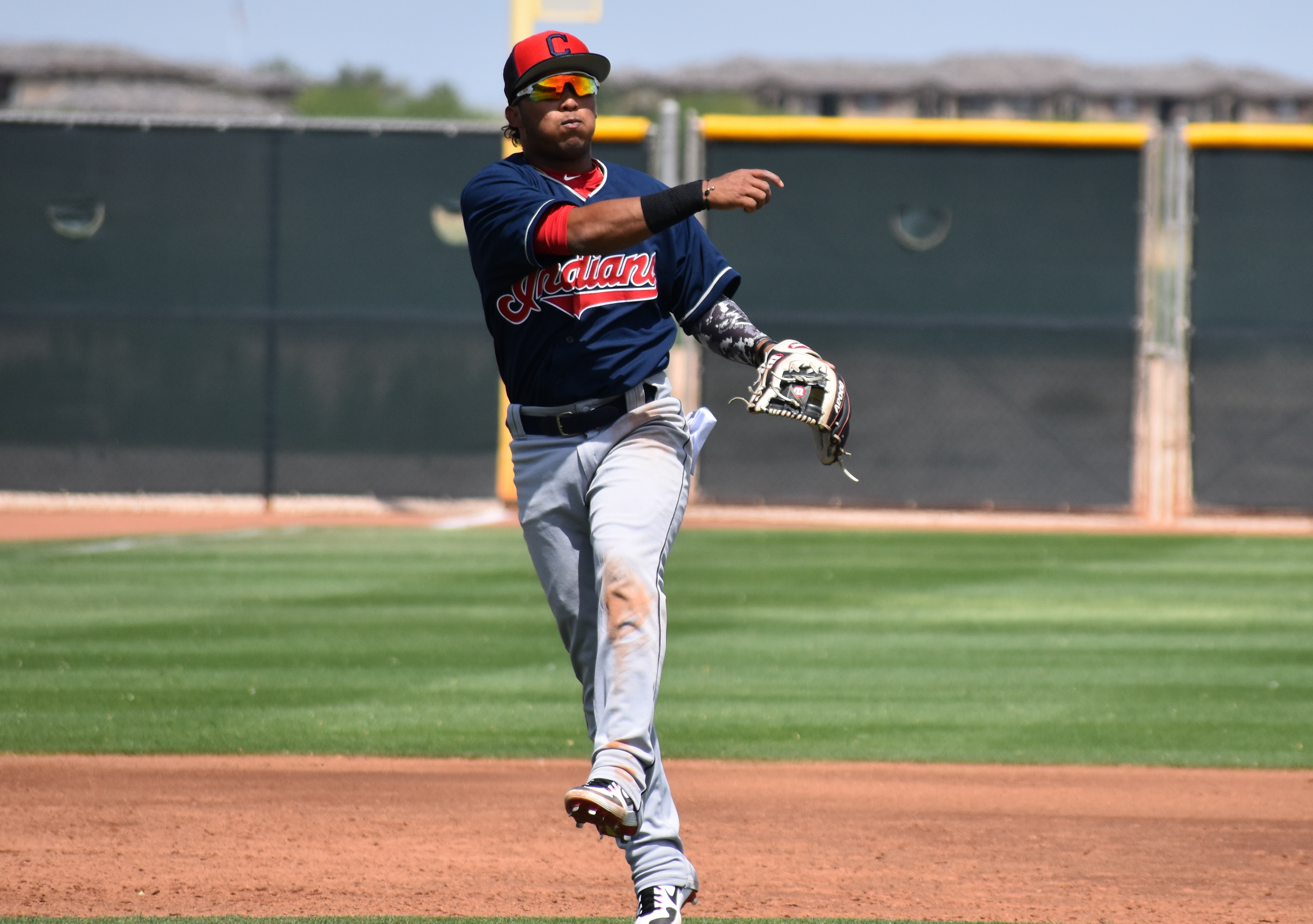 Down in the Dominican: DSL Indians July 21st - August 3rd

While the DSL Indians weren’t greatly involved in the recent roster changes throughout the system, Gabriel Rodriguez and Adenys Bautista were both promoted to the Arizona League. To replace Rodriguez, Junior Sanquintin was moved from the Indians Brewers co-op squad to the DSL Indians. In addition, Wuilfredo Antunez (OF), Luis Ostos (OF) and Adalberto Vargas (C) were activated.

The DSL Indians started this two week period with a pair of losses, extended their losing streak to five games, but in the second game against the DSL Red Sox 2 on July 23rd, staff ace Steven Perez had another excellent start. He went four shut out innings with six strike outs, two hits and just one walk allowed. This came off his career high of seven strike outs in his previous start. Perez wasn’t as effective last time out (July 29th), but still has a 2.95 ERA and 32 strike outs in 42.2 innings.

Sanquintin stands at the plate for the Indians during 2019 extended spring training. – Joseph Coblitz, BurningRiverBaseball

The Indians broke their losing streak the next day, beating the Cubs 1 6-0. Tomas Reyes continued the momentum from Perez’s start and went five shut out innings, striking out four while allowing one hit and two walks. This way, by far, Reyes’ best start of the season and he has now lowered his ERA to 3.05. This shut out was just the second for the DSL Indians this season.

While they lost the next game, it was new addition Wuilfredo Antunez’s best game so far in his short career. He had two hits including a double and knocked in two runs. He has now played in eleven games, is hitting .314/.400/.543 overall and had a three game hitting streak through Friday.

After losing to the Cubs, they came back with an ugly win against Dodgers Schoemaker. There were 19 total walks in this game, marring the pitching performances on both sides, although Skeiling Rodriguez was able to use his two walks to steal his seventh base of the season and score two runs.

They would lose three in a row again before two rain outs to end the month, but Antunez added his first three hit game in this run with two doubles and a triple on July 29th against the Rays 2.

Nothing will get a team back on track like playing against the DSL Indians/Brewers and on August 1st they rallied for 12 hits and six runs, winning their third shut out of the season. Angel Martinez, Jesus Lara and Victor Planchart had two hits each with Lara hitting his second home run of the season. Robert Cruz was the star on the mound with five shut out innings with five strike outs and two hits allowed.

While this may have been considered a form of bullying, the DSL Indians won the next day against one of the best in the league, the Rangers 1. Again they had 12 hits and this time scored seven runs. Every player in the lineup had at least one hit with Ostos, Moises De La Cruz and Derian Perez each hitting safely twice. This was the first professional game for Ostos and has to be considered a pretty positive start for the 17 year old.

The DSL Indians wrapped up the week with a loss to the Rangers 1 as they got their revenge 10-2. Four Indians had a multi hit game including Lara, Rodriguez and the recently activated Nehemias Celeston. Celeston had been in Arizona since last year, rehabbing a leg injury. He has now been back in the DSL since July 24th, but only had one hit in his first five games before hitting a home run and a double on Saturday. Daniel Aguilar was also recently activated and also had two hits on Saturday. He now has a four game hit streak despite being back only five games.

One player of interest who hasn’t been outstanding is Elvis Jerez. The right handed reliever has a 6.42 ERA and has had just two scoreless appearances in his 11 total this season, but has now had two seven strike out relief appearances and has 36 strike outs in 33.2 innings. Command is obviously an issue and in his last appearance he hit four batters, giving him seven on the season to go with 26 walks.