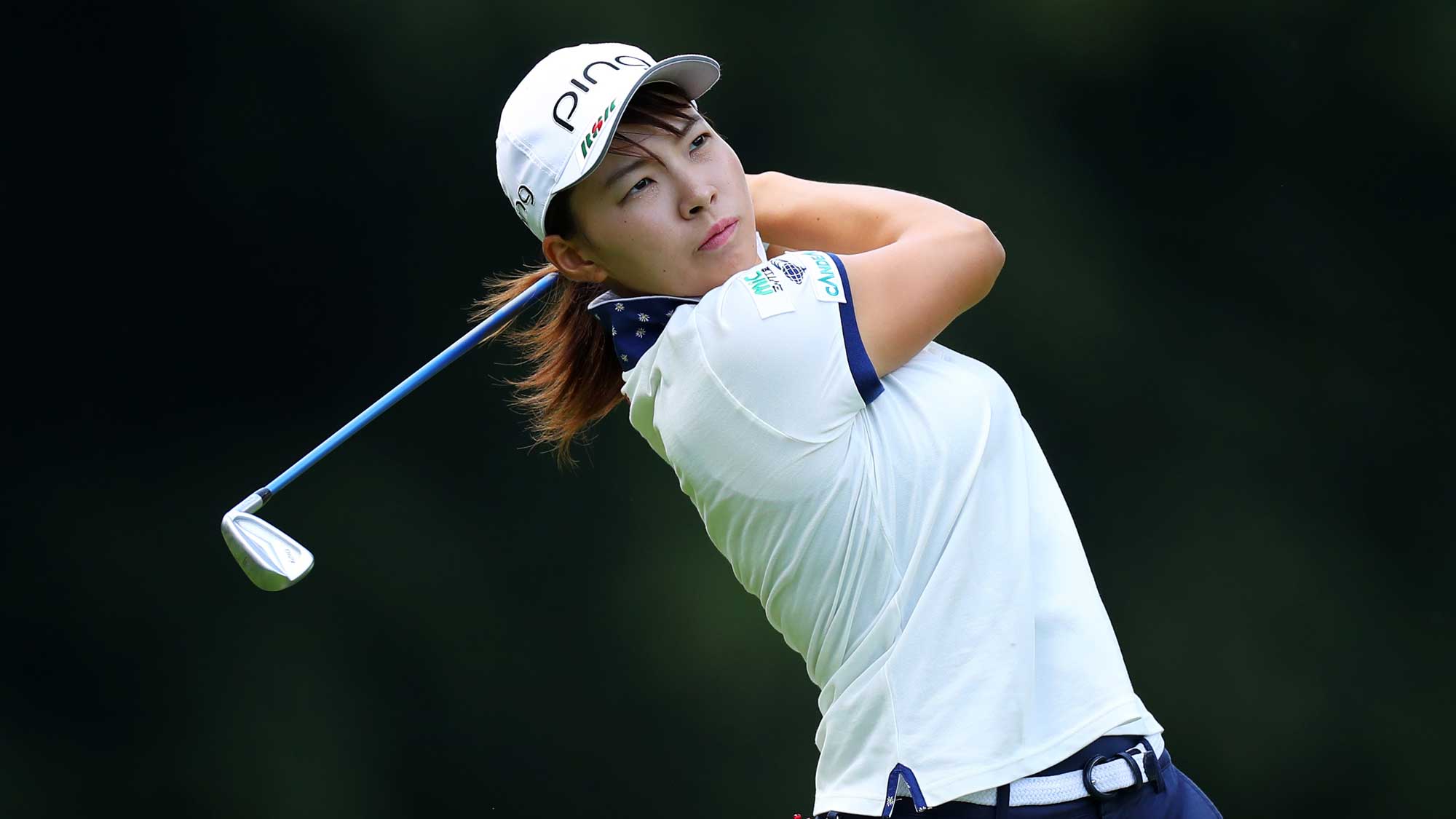 Hinako Shibuno of Japan has taken the lead after the third round of the 2019 Women’s British Open from the Woburn Golf Club in Little Brickhill, Buckimghamshire, England. At 20 years of age, Shibuno is playing in her very first LPGA event and qualified by being in the top five on the LPGA of Japan Tour.

After round two, Shibuno was three shots back of Ashleigh Buhai of South Africa. If you have not heard of Buhai either, you are not the only one. She is 123rd in the world and has not been in the top 10 in any LPGA event in 2019.

After the front nine on Saturday, it was Buhai that looked like the strongest golfer on the course. She birdied three of the first 10 holes to move from -12 to -15, and expanded her lead from two shots to five shots.

However on the back nine, things started to unravel for Buhai. She bogeyed the 12th, 13th and 16th holes and dropped from -15 back to -12. Buhai only finished the third round and even par. The fact that Buhai could not reach under par is significant when you consider the fact that 35 players in round three reached under par on Saturday.

Despite being +3 in the final eight holes, Buhai is still in the thick of things, and only trails Shibuno by two strokes. Unlike Buhai, Shibuno had a great back nine as she birdied the 10th, 12th, 14th, 15th, 17th and 18th holes. Shibuno’s six under par in nine holes came after she was one over on the front nine as she birdied the second hole and bogeyed the fifth and ninth holes.

The only other golfer in contention at the moment is world number two Sung Hyun Park of South Korea. Park, who is at -11, is a two-time major champion as she has won the 2017 U.S. Women’s Open and 2018 Women’s PGA Championship.