Jordy Nelson Set to Retire as a Packer 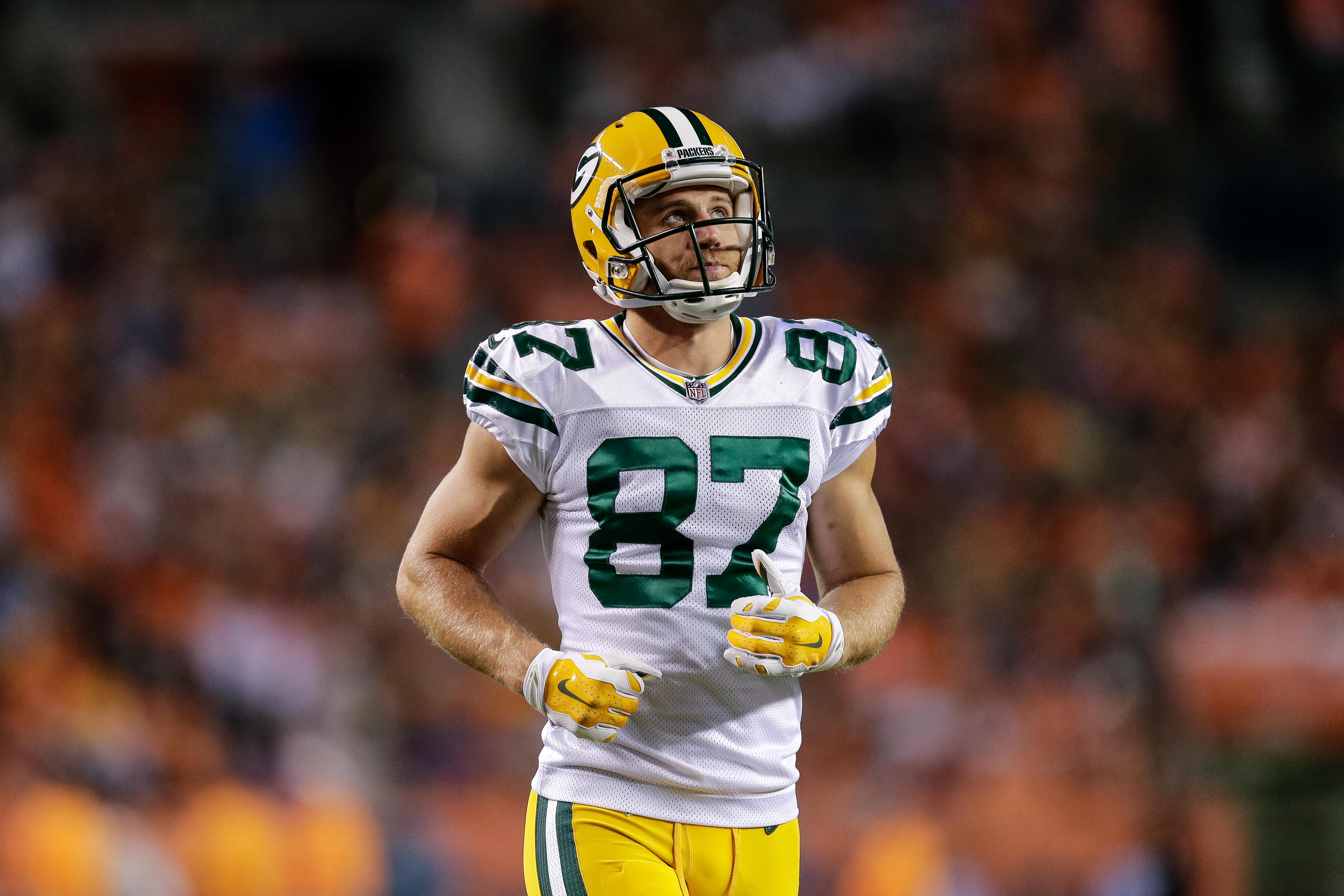 Jordy Nelson Set to Retire as a Packer

Jordy Nelson made it official Sunday, announcing his intention to sign a one-day contract later this week to retire as a Packer. Nelson spent a decade in green and gold, playing for the franchise between 2008 and 2017.

Nelson’s best season came in 2014 when he had a career-high 98 receptions for 1,519 yards (still a franchise single-season record) and 13 touchdowns. He was selected to the Pro Bowl that season and was named as a second-team All-Pro.

A knee injury suffered in the preseason cost the Kansas State alum the entire 2015 season, but Nelson bounced back in 2016 with a 97-catch season good for 1,257 yards and a league-best 14 touchdown receptions to win the Associated Press’ NFL Comeback Player of the Year award.

The Packers released Nelson after the 2017 season, and he spent 2017 with the Oakland Raiders before announcing his retirement earlier this year.

Nelson added 54 catches in the playoffs for 668 yards and five touchdowns. No receiver in franchise history has more postseason catches than he did.

The Manhattan, Kansas, native had a special chemistry with quarterback Aaron Rodgers. The duo was able to communicate with each other using just a brief glance or a nod and change plays at the line of scrimmage. When Rodgers was in trouble and trying to extend a play, he instinctively looked for Nelson who was usually open. The duo’s back shoulder passes were almost unstoppable when the team needed a quick gain and to get out of bounds.

Even this past April, Nelson admitted it would be “hard to say no” if Rodgers asked him to come back and play one more season with the Packers.

The duo had an uncanny connection developed over years of work together. “Like you said, we’ve got a thousand reps together,” Rodgers said after Nelson’s first day back at practice after missing 2015 with an injury. “I threw a ball to him today. He did a one-on-one drill against Sam and I quipped to (quarterbacks coach) Alex (Van Pelt), I said, ‘I could throw that ball with my eyes closed’ because I know exactly where he’s going to be. That’s the beauty of us playing together for a long time.”

Nelson also felt the bond with Rodgers. “I think we just built that trust factor and understanding what each other is thinking,” he told Rich Eisen in 2016. “We’ve been together now nine years and we’ve spent a lot of time in meeting rooms, on the practice field, constant communication trying to understand the game the same way. It came full circle and we reaped the benefits of that. It’s worth it, the time we spent individually and together to understand this game and play it well together.”

Nelson had one of his best games in the Packers victory over the Steelers in Super Bowl XLV. He had nine catches in that contest for 140 yards and a touchdown to lead all Green Bay receivers. His touchdown gave the Packers an early 7-0 lead that they never relinquished.

Nelson will officially sign his one-day deal with the Packers Tuesday and will hold a press conference at that time. He is a shoo-in to be inducted to the Packers Hall of Fame as soon as he is eligible. He leaves a legacy as one of the greatest receivers in franchise history.