The Race Is On, But Robinson Ain't Running ... 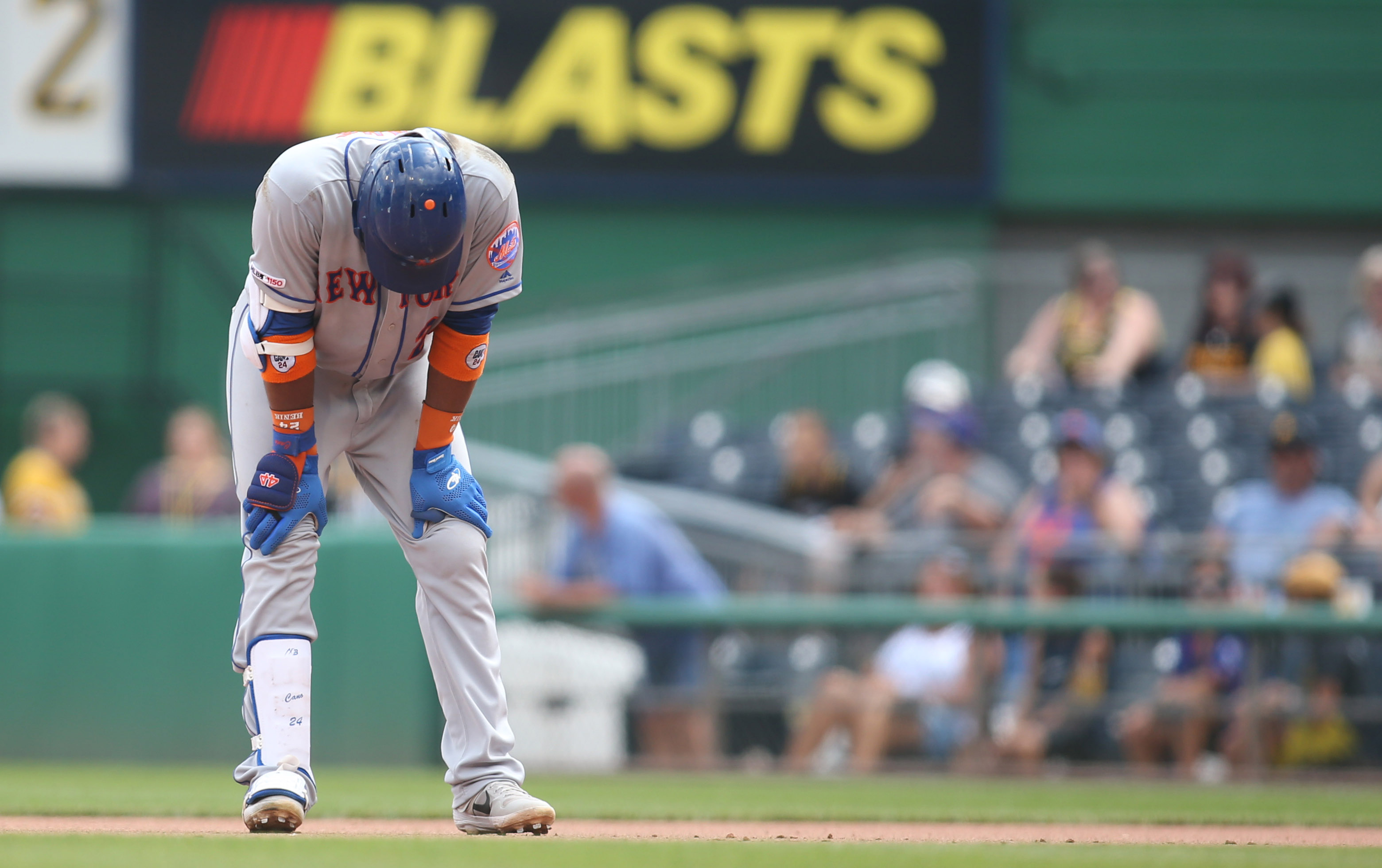 The Race Is On, But Robinson Ain't Running ...

The Mets absolutely torched the Pirates 13-2 on Sunday in a game they had to have to launch their very improbably wild card run at a game under .500. Todd Frazier drove in three runs, Michael Conforto ripped a homer in the first to start the scoring. Jeff McNeil scored four runs. And if you didn’t see it you should definitely hit play on the video below:

Noah Syndergaard was dominant in seven innings, only giving up a meaningless run in the seventh on three hits and one walk, throwing 64 strikes in 91 pitches. It was such a complete win over a team that they were supposed to beat, I can’t imagine anything going wrong.

Hearing Keith groaning in the background is telling, because you know all about his hamstring battles late in his career. Cano, who had three hits on Sunday himself, did not look like he suffered a simple Grade 1 strain, and perhaps this is a lesson in using your assets to bring in 36-year-old second basemen. But nevertheless, it doesn’t have to be bad news for the Mets going forward.

There has been a lot of talk about getting better up the middle, and this is the Mets’ chance now to do it. Amed Rosario has been better in the field lately, and especially in Sunday’s game. Putting Adeiny Hechavarria at second base for the bulk of the upcoming games gives you a strong defensive middle infield, and Hechavarria can hit a little bit. To me, that’s the play. It’s nice to know that McNeil can play second, but you might as well just leave him in right field where he can continue to find his way while still giving you a good stick from the leadoff spot.

As for the alternatives:

It stinks that Cano is injured, and it stinks more that we’re not going to see Dominic Smith soon and we haven’t seen Brandon Nimmo in a while and what beach is Jed Lowrie rehabbing on anyway? The depth on this team starting to crack is the issue here. But Hechavarria is part of that depth and he’s the best bet to spackle the hole in the wall and keep this run going. The Mets are 55-56, one game behind the pace I set them on this past week. Pretty much everybody in front of the Mets lost on Sunday and is middling along in their last ten. The Mets have one more chance to fatten up before Washington comes to town.