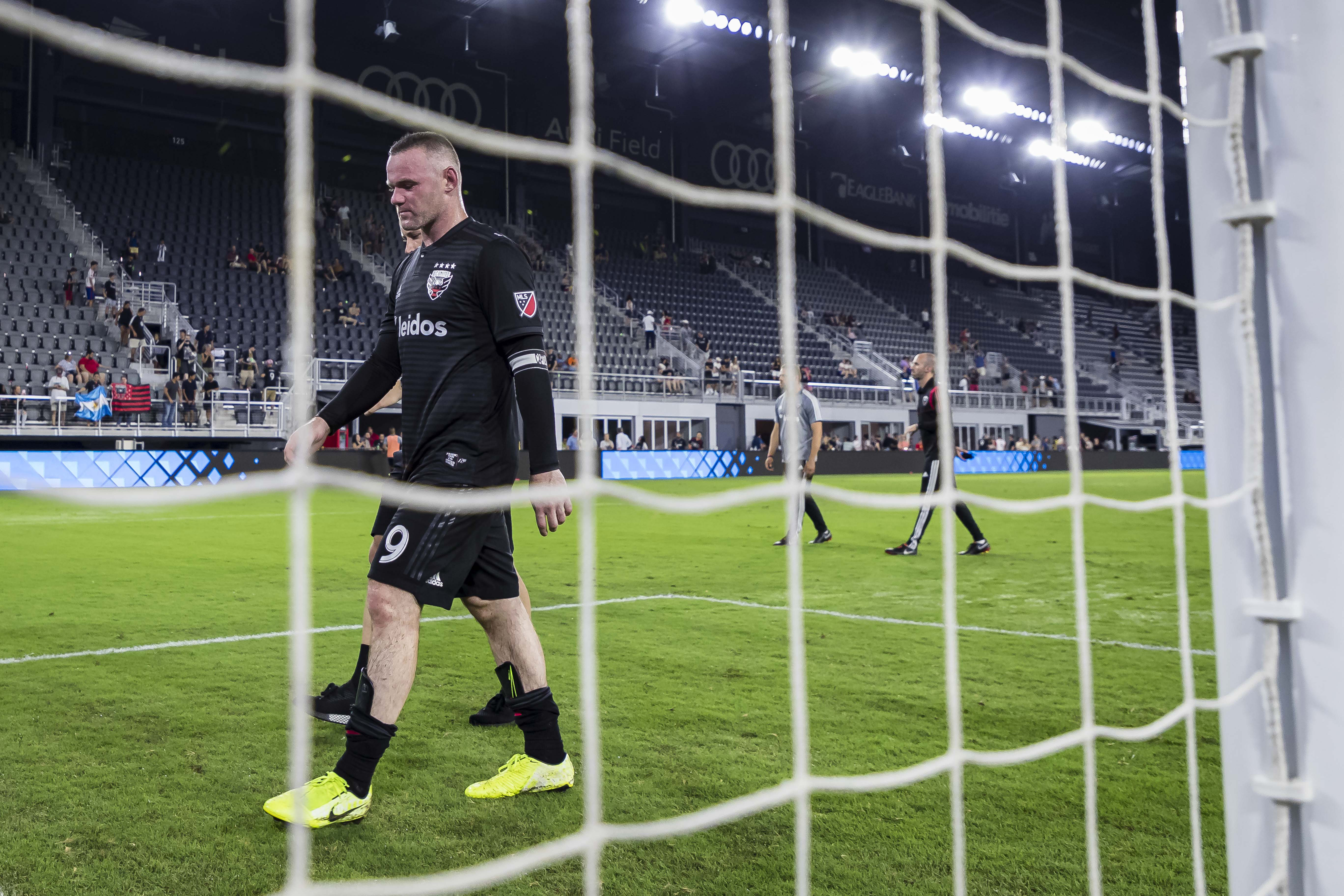 D.C. United star Wayne Rooney is currently under contract for another two seasons, but there are strong rumors emanating from across the pond that his agent has been holding discussions with Championship side Derby County to attract him back home.  In the past, Rooney has made clear his desire to return to England in a management role, having started the process of taking the necessary steps to getting his coaching badges completed. While it was thought that his departure would take place after his MLS contract expired, a proper situation for the former England international might cause a quicker departure from America.

Currently a pivotal contributor for the Black and Red with 11 goals this season alone, his MLS contract is set to expire in 2021.  But a player-coach scenario might well suit the Manchester United legend, much as it did with his compatriots John Terry at Fulham and Frank Lampard, formerly at Derby County and now taking over the reins at Chelsea.  Derby County finished sixth in the Championship last season and lost to Fulham in the final promotion match. It is hoped that aside from team production, Rooney can add the leadership in the locker room needed to propel the Rams into the Premier League in 2020.  The current manager of Derby County who replaced Frank Lampard is Phillip Cocu, himself a former midfielder with FC Barcelona.

Known as a footballer who places the needs of his wife Coleen and children above all else, look for Rooney agent Paul Stretford to continue his talks with Derby County owner Mel Morris with nothing announced until the end of the MLS season.  At that point, it would surprise few in the soccer community for Wayne Rooney to have worked out an agreement with Don Garber and Major League Soccer for his release from DC United while he dons the black and white Rams jersey in Derbyshire after the winter break.

The Blues Just Lost Their Best Player: After seven seasons and 245 appearances for Chelsea, Eden Hazard was granted his desire to join La Liga giant Real Madrid.  In return, Chelsea received a massive sum of $140 million dollars. Lampard has said there are ways to work around the loss of such a star player, but how do you replace 85 goals and countless assists?

Chelsea’s Transfer Ban: Due to breaches concerning player transfers under the age of 18, Chelsea was fined but more importantly, slapped with a two-window transfer ban by FIFA.  While they received a huge payment for Eden Hazard, they are unable to use any of it to bring in new talent to improve the quality of the squad. During the current and next transfer window, the rest of the EPL will be able to replenish and improve themselves on the pitch.  Coach Lampard, however, must try to utilize his existing roster fully in order to compete domestically as well as against other European teams.

Managerial Experience: No one would doubt that Frank Lampard is one of the brightest young coaches in Europe, but does one season coaching a Championship club in England qualify someone to take the helm of a top-six EPL side?  Almost all the head coaches in the EPL had far more experience, and even for them, there was an adjustment period. While featuring for 13 years as a player does provide an edge for Lampard over some non-EPL head coaches, a single season as a coach for a lower-division team in England will likely prove to be an inadequate level of experience for the new man.

How Much Time Will He Be Given:  Chelsea will be competing for a variety of silverware, not the least of which is the Champions League.  The prior season under Sarri saw The Blues finish the season in 3rd place in the EPL.  They also won the Europa League and got to the finals of the League Cup match, losing to top-spot winner Manchester City via penalty-kicks.  With other teams having an edge by being able to secure new players, a top-four finish for Chelsea is in doubt. This would eliminate Champions League play for the following season.  Even when the transfer ban is lifted, Chelsea might have a hard time enticing players to come to Stamford Bridge. And with management and supporters alike not known for a large degree of patience, if Chelsea fails to meet (or exceed) expectations, Mr. Lampard might look back fondly at his time with Derby County.

UPDATE: It does appear Rooney’s tenure with DC United is coming to a close.

Wayne Rooney to fly to England tomorrow to discuss player/coach role with #dcfc I understand. Plans are in place to cancel his DC Utd contract, and he’s keen to work with and learn from Cocu, whilst prolonging playing career. Deal could be done within days. #mufc