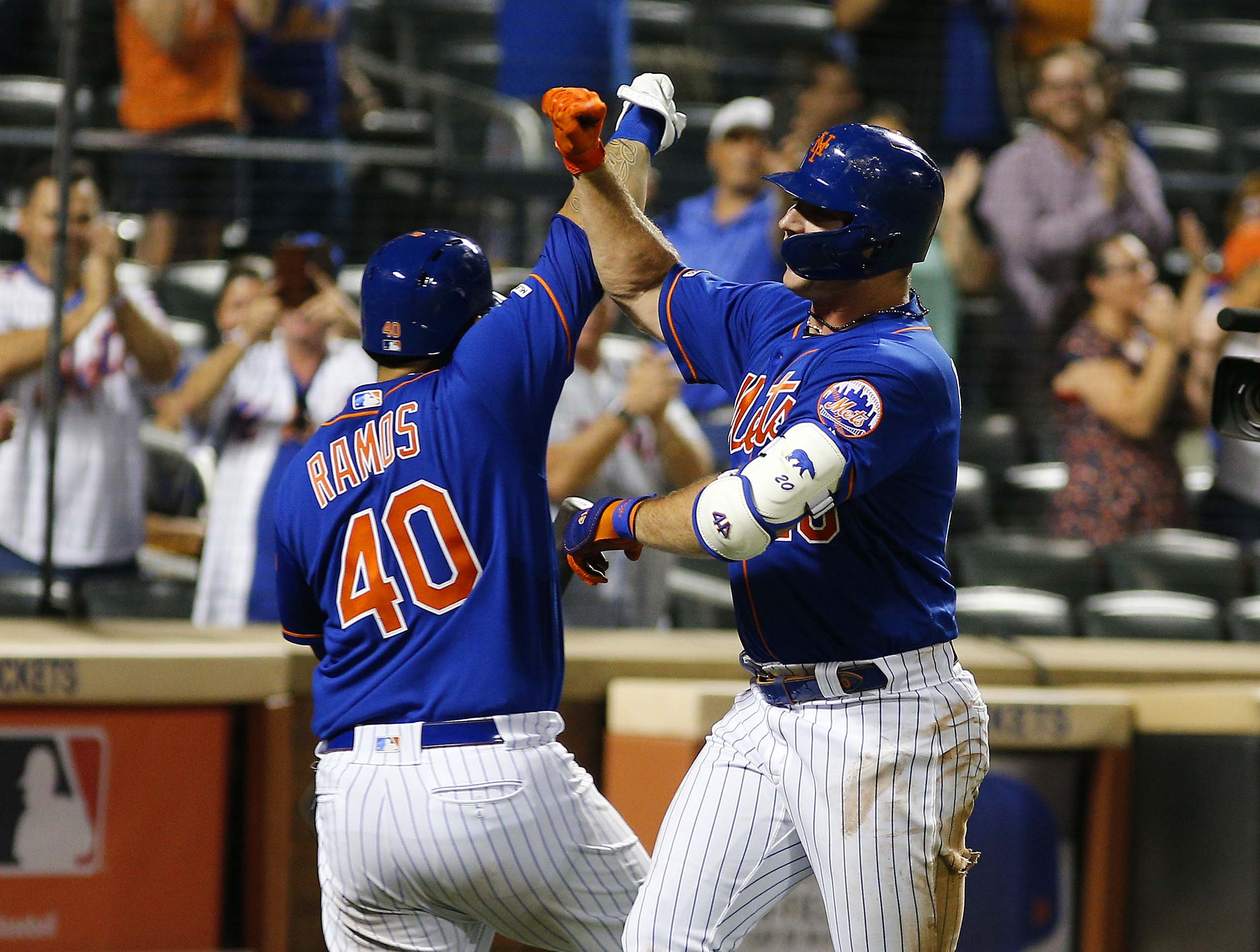 It’s official: the New York Mets (57-56) are in a playoff race. After sweeping yesterday’s doubleheader against the Miami Marlins (42-69), the Mets are back above .500 for the first time since May 2 and in the thick of the wild card race. The Mets are only 2.5 games out of a wild card spot and will look to continue their push by securing another win against the Marlins tonight. First pitch for today’s game is scheduled for 7:10 p.m. at Citi Field.

The Mets will send right hander Zack Wheeler (8-6, 4.45 ERA) to the mound tonight. Wheeler celebrated staying with the Mets by dominating in his last start, tossing seven shutout innings to beat the Chicago White Sox last Thursday. The Marlins will counter with right hander Hector Noesi (0-0, 0.00 ERA), who is making his first big league start since 2015.

Going for the series dub. #LGM