Will Carson Wentz play vs. Titans in Week 1 of NFL preseason? 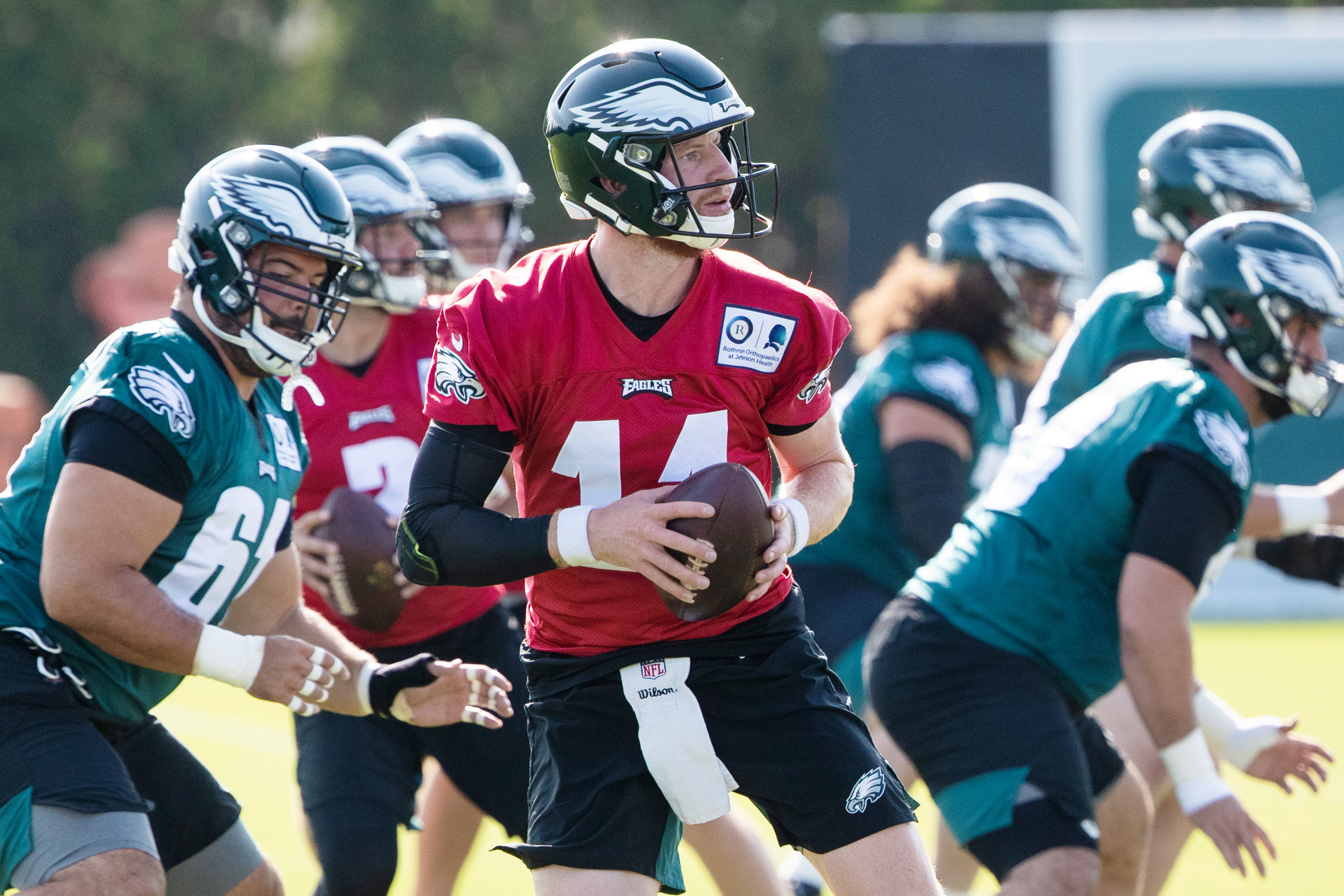 Will Carson Wentz play vs. Titans in Week 1 of NFL preseason?

After having their season come to an unceremonious end in the NFC Divisional Playoffs versus the New Orleans Saints in January, the Philadelphia Eagles are set to kick-off the 2019 preseason on Thursday night against the Tennessee Titans.

While all the attention will be on Philadelphia’s new free-agent acquisitions, rookies, and veteran players. There is a slight possibility that starting quarterback Carson Wentz might not see the football field.

According to Reuben Frank of NBC Sports Philadelphia, Eagles head coach Doug Pederson told reporters on Tuesday that he has not decided on whether the fourth-year signal-caller will play later this week.

Wentz is coming off another shortened season, thanks to a fractured vertebra. However, the fourth-year starter is healthy and has looked great in OTAs and throughout training camp.

Last summer, the former second overall pick did not take a single snap in the preseason as he was rehabbing from a torn ACL.

The former North Dakota State standout participated in numerous practices throughout the preseason and training camp, but he did not make his regular-season debut until Week 3 against the Indianapolis Colts last season.

If the Eagles do decide to sit Wentz for the preseason opener, expect to see Nate Sudfeld, Cody Kessler, and rookie Clayton Thorson all under center at some point.

Pederson emphasized on Tuesday that he wants to get Sudfeld “as much playing time as possible” in the preseason.

It should be interesting to see who ends up playing on Thursday night against the Titans. While it would be nice to see Wentz play for the first time since late last season, the Eagles may be better off starting him in next week’s game or the third preseason game.