Your Morning Dump... Where what happens in Vegas could be huge. 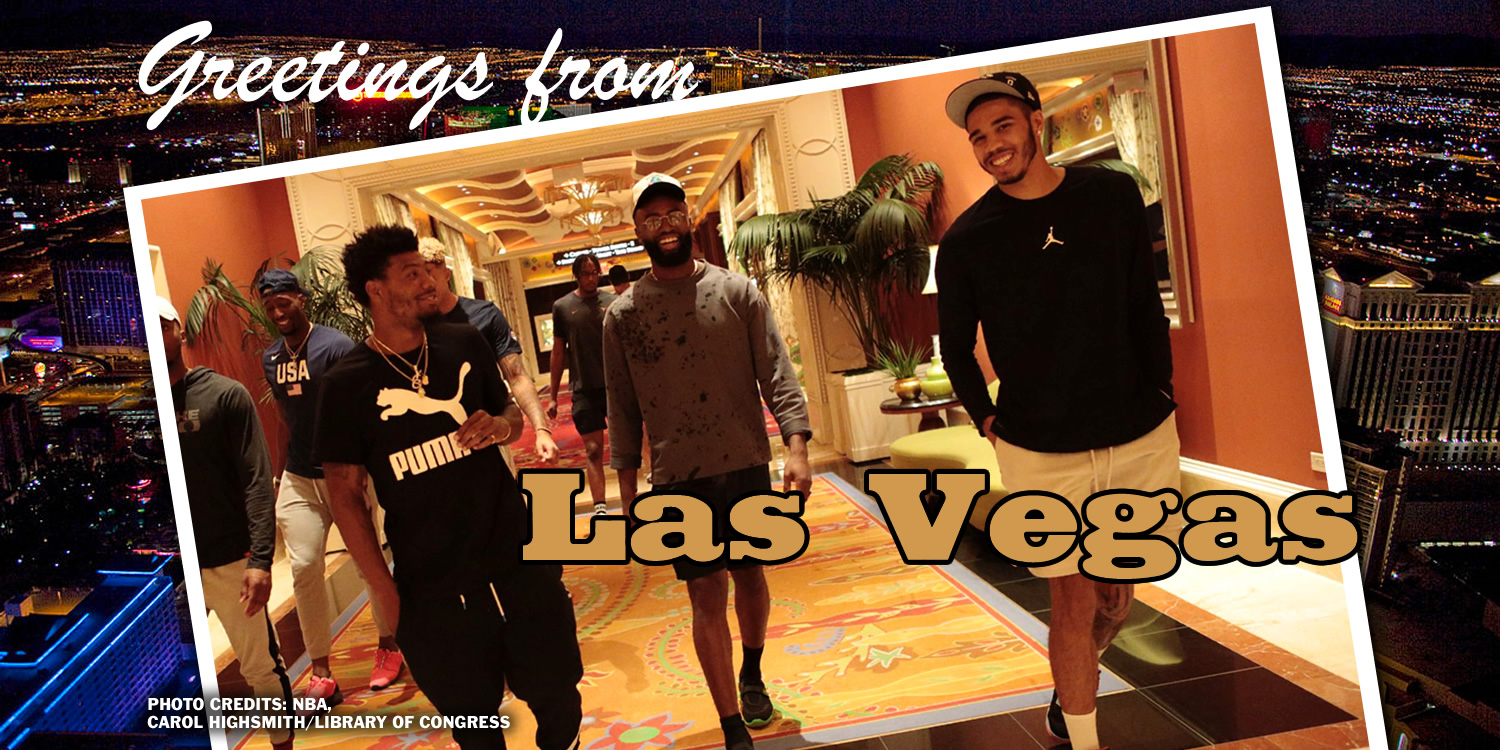 Your Morning Dump... Where what happens in Vegas could be huge.

The #USABMNT on the move to their first @usabasketball meeting! pic.twitter.com/Ok7QnYHqu8

Yes, it seems these Celtics are just sorta gravitating towards each other now. Which is why, when their Team USA chores were complete on Sunday night, the trio of returning Celtics and newcomer Kemba Walker all ventured out to dinner together on the Vegas strip in hopes of building the chemistry that these players believe will be vital to the team’s overall success — particularly coming off the train wreck that was last season.

Walker then reaffirmed how players like Tatum and Brown played heavily into his decision to sign in Boston. He noted how he talked to Tatum in Paris and Brown the year before in South Africa. He didn’t know Smart as well but gushed about him Monday while noting, “He’s one of those guys that you want to have on your team, or you have to have on your team.”

The Celtics have not shied away from admitting that last year did not go as anyone expected. Boston players have routinely taken the high road and not pinned their struggles on any one player and most insist the team simply never clicked.

I remain cautiously optimistic about the upcoming season. The league in general, and the eastern conference in particular, seem to be sleeping on the Celtics. Although, if I’m being completely honest, the team deserves a measure of skepticism, and I’m sure the guys in the picture above would all readily accede to that.

However, I like the way the team is talking this summer—the returning Celtics apparently can’t wait to get the taste of last season out of their mouths. They’ve consistently expressed a desire to focus on the upcoming season, and they’ve refused to scapegoat Irving and Rozier, though it would certainly play well with a subset of C’s fans if they did so.

The big question is whether all this maturity and positive vibes translate onto the court.

While Stevens and Ainge deserve a share of the blame for failing to get ahead of the on-court chemistry issues that dogged the team during the regular season, they also deserve—Stevens especially—credit for keeping the locker room from devolving into acrimony.

It’s not as though there weren’t obvious moments of friction, but I credit Stevens for telling these guys that they could say whatever they wanted to the media—as long as they said it on the record. True, that led to a bit of public back-and-forth between Kyrie and Jaylen Brown, but by all accounts—on the record and anonymous—the team got along well enough otherwise.

The team’s dysfunction seemed to be limited to what happened during games, so, while it’s good to see the team’s young core gravitating toward one another at the Team USA camp, the real opportunity here is on the court.

If Kemba and any combination of the other three Celtic invitees make the final roster, they’re going to get an NBA-sanctioned chance to build competition-tested dynamics well before the start of the regular season.