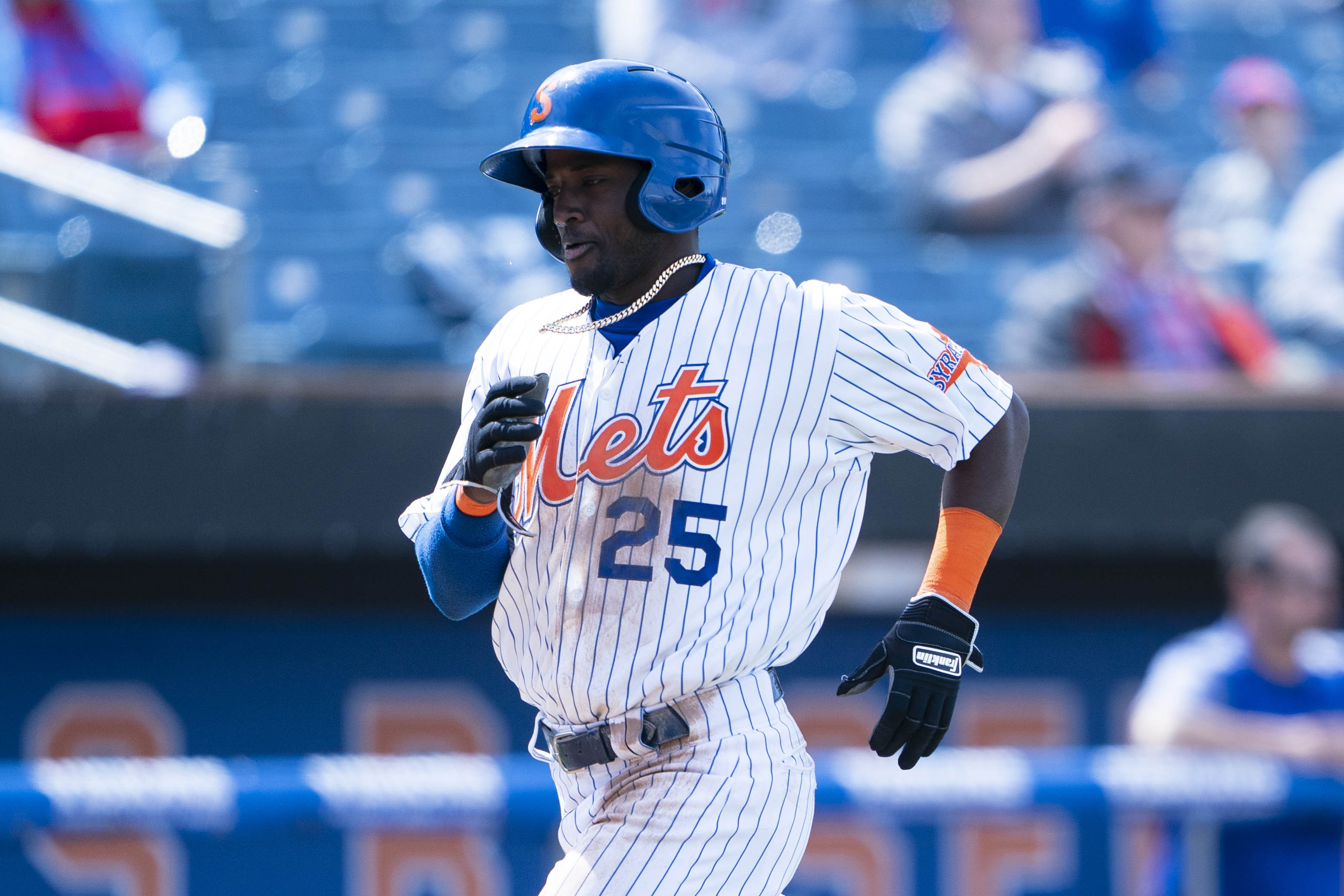 The New York Mets are firmly in a playoff race, and now they need to find creative ways to reinforce their roster. With the trade deadline gone and waiver deals a thing of the past, the only options available are from the farm system or waiver claims. Brodie Van Wagenen made a point to sign quality big league veterans for farm depth over the winter, and one player who could soon find his way back to Flushing is outfielder Rajai Davis.

Davis made a memorable Mets’ debut earlier in the season, coming straight out of an Uber to blast a pinch hit three run homer in a win over the Washington Nationals. The Mets kept Davis on the big league roster for a few days before designating him for assignment, which saw Davis land back in Syracuse after clearing waivers. Davis has played well in Syracuse, batting .287 with seven homers, 20 RBI’s, and 17 stolen bases in 75 games, but he recently missed three weeks due to injury.

Syracuse activated Davis from the injured list today, and once he knocks the rust off from his absence he could be a big factor for the Mets down the stretch. The Mets have dealt with a recent slew of injuries, with Dominic Smith and Robinson Cano joining Brandon Nimmo on the injured list. That has left the Mets lacking in center field, with Juan Lagares and Aaron Altherr doing little at the plate and not offering a ton defensively. Davis adds a unique element in that he has speed, and if he can show his legs are healthy the Mets should at least add him to the roster ahead of either Lagares or Altherr.

It would certainly be worth adding Davis as a center fielder in order to add some more speed to the outfield. With a converted infielder in left in J.D. Davis, having a speedier center fielder will help cover the ground much easier. Davis can also add on offense as a pinch runner on days he doesn’t start, giving Mickey Callaway a weapon off the bench that he doesn’t really have right now. In a race where stealing a game or two can be the difference between making the playoffs or planning golf trips in early October, a guy like Davis can be a difference maker.