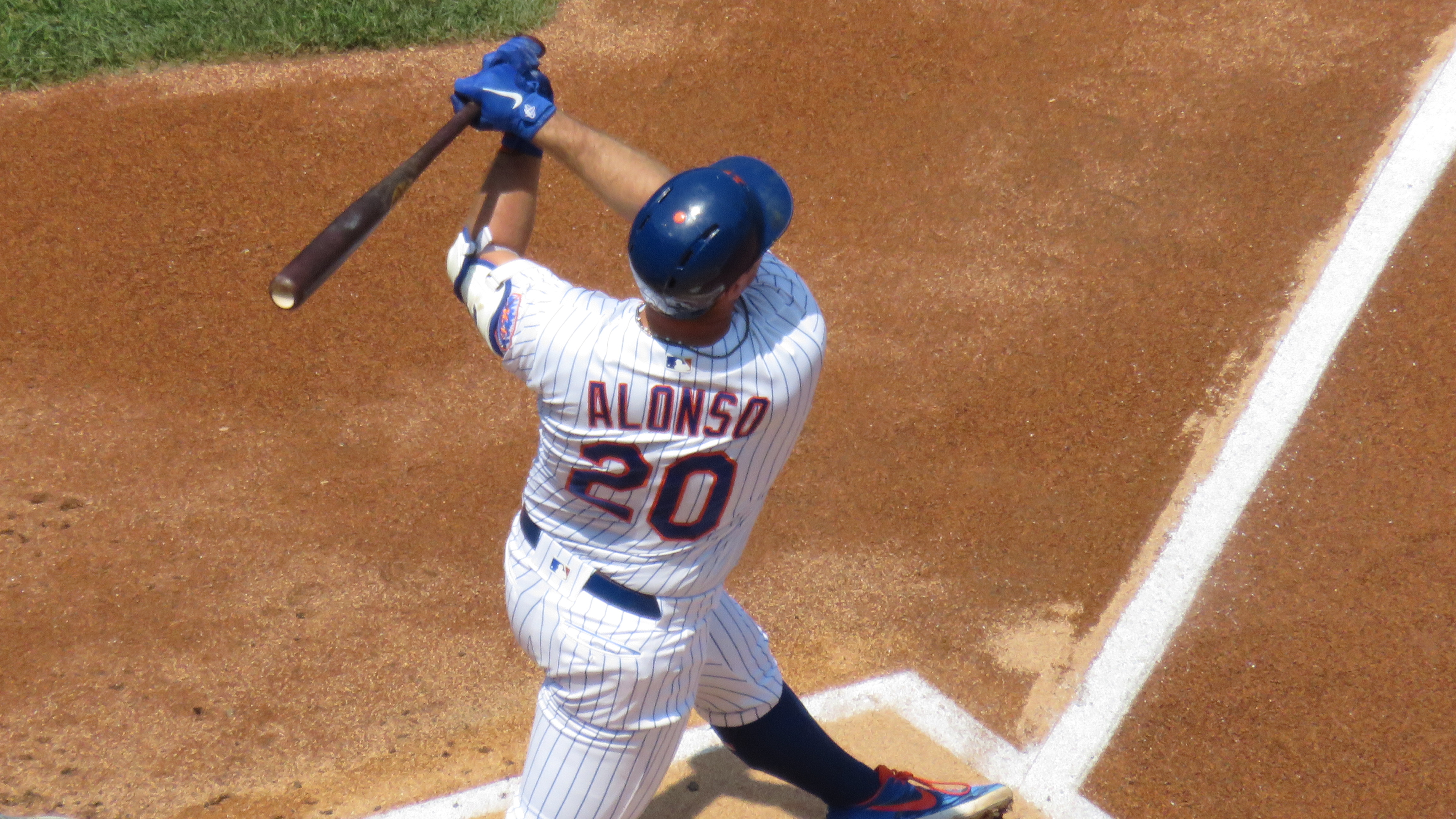 The Mets completed their sweep of the Miami Marlins of Florida on Wednesday with a 7-2 victory. I’m not sure anybody is used to the Mets winning a whole bunch of games in a row that they’re supposed to win, but give the Mets credit, they’ve done it to put themselves back in the race for the playoffs.

An amazing, quirky stat is that the Mets have scored in the first inning in each of their last seven games. Tells you that it’s nice to have Pete Alonso and Michael Conforto heating up while Jeff McNeil ambushes pitchers with first pitch home runs. On Wednesday it was Alonso blasting a two run homer off Jordan Yamamoto in the first to kick things off and put the Mets on track. Steven Matz pitched 6 and 2/3’s of good baseball, if a little uneven as he gave up two runs and seven hits, many of those hit hard off Matz. But he got the job done.

Michael Conforto’s two home runs sandwiched Jeff McNeil’s ambush shot off Jose Quijada in the seventh off a first pitch curve ball. Conforto’s second home run quickly followed McNeil’s dinger and the guy behind me in the stands let everybody know for two innings that he not only called Conforto’s homer, but that it would be to the opposite field on an outside fastball. This fan also took great care to blast Jeurys Familia in the eighth after one bad pitch followed the first two outs in the inning. That’s called pacing your drinking and peaking at the right time. (Was never so happy to see Familia finish an inning.)

A fan called this home run. Then spent the next two innings reminiscing about it. Loudly. (Metstradamus)

The Mets put their feet to the throats of the Marlins and are now 13-1 in their last 14. They’re at 59-56 putting them level on my “Roadmap To The Playoffs” think piece. I thought they’d sweep Pittsburgh, but they swept the Marlins instead. So they’re playing even par over the first eight games of this odyssey. Next up: Marcus Stroman vs Stephen Strasburg on Friday which kicks off three against the Nationals featuring Stroman, Noah Syndergaard, and Jacob deGrom vs. (maybe) Max Scherzer. Can’t play the Marlins, Padres, White Sox and Pirates every game. But they have done the job against those teams and put themselves in a position to compete. It’s all we could have asked at 40-51 and the Mets have delivered. Now they have opportunity staring them in the face. Lots of home games, and a step up in weight class. Also, games against the teams in front of them. There are no banners for beating the Marlins.

But at least they beat the Marlins.