Your Morning Dump... Where Jaylen Brown can't imagine anything worse than last season 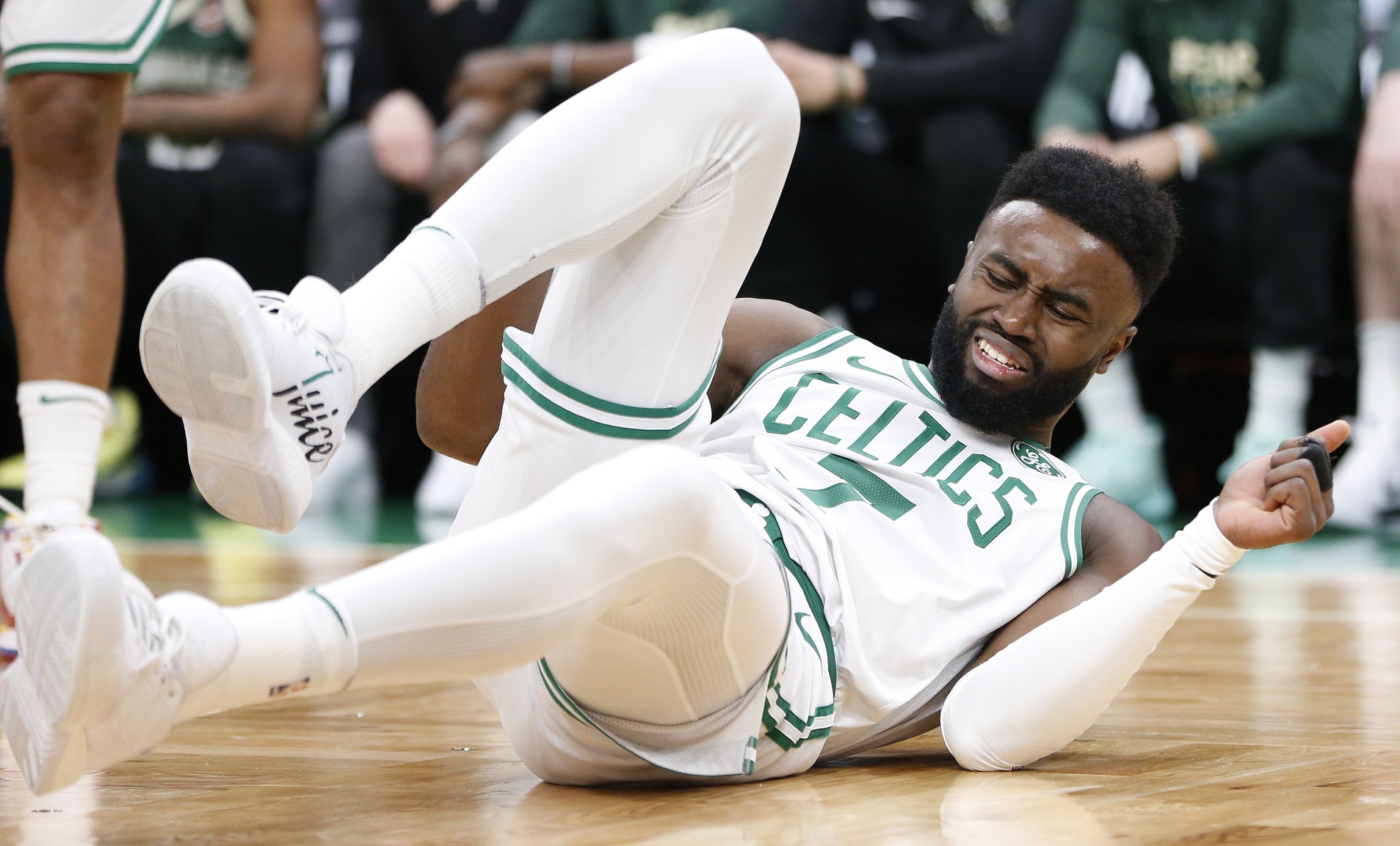 Your Morning Dump... Where Jaylen Brown can't imagine anything worse than last season

Boston Celtics wing Jaylen Brown gave up more than perhaps anyone last season — taking on a bench role with no public complaints and thriving in the second half of the year after returning from a hand injury.

“Last year, honestly, I can’t see it being any worse than that,” Brown said. “Coming out, being positive is everybody’s mindset.”

(Jaylen on the dysfunction)

“It’s over with now … looking forward to what’s coming next.”

As Team Shamrock begins their work in Vegas, a theme behind this quartet has been chemistry. This experience is a great time for them to start to get acclimated to Kemba Walker and vice versa. After what transpired last season, in a soured locker room, there’s an urgency to get it right this time around. At this point, everything has gone to plan as it seems like these four have been getting along swimmingly.

Due to the volatility of last season, it keeps coming up in interviews, and Celtic players continue to be asked about it. These questions are getting old at this point. We’ve heard the same answer spun a different way by literally everyone on the roster and in the front office.

Jaylen Brown was the victim this time as he provided a bit of commentary on the team’s struggles.

It honestly seems like they’re completely over it and are excited to get rolling with this group, which is a good thing. While they should keep those memories at hand to humble themselves, the approach they’re taking has been solid. They haven’t thrown anyone under the bus, they all have taken at least some responsibility for what happened, and their comments are geared towards improvement.

That’s really all that can be asked for at this point and there seems to be an aura of hope and urgency around them. They look like they have something to prove and they’re ready to prove it.

I can’t help but draw some parallels between this experience and the Rome Trip in 2008. While even though this time around it isn’t the entire team, the benefits could be similar. That season the Big 3 were able to really lock in from the get-go on that trip and it’s something all of those players go back to when recounting that memorable season.

I will keep myself grounded for the time being due to the fact that last year at this time there was also nothing but positivity surrounding the Celtics. We thought they were going to dance around 60-wins and waltz into The Finals. Therefore I have some PTSD and it will take a while before I sell my soul to this year’s iteration of the green.

They’re making it hard on me though. Look at this picture… it’s absolutely tremendous:

Page 2: Where Tatum’s looking to become a star

“I want to be one of the best,” Tatum said after Team USA’s practice Tuesday on the campus of UNLV. “There’s a lot of challenges that come with that. I’m excited.”

Tatum noted last week that he wanted to make a “bigger jump” this season, hinting that he didn’t play to his own expectations last year. Pressed on the topic Tuesday, Tatum admitted he came away wanting more, especially in a season that frustrated many on Boston’s roster.

“Man, it’s hard to pinpoint one thing from last season,” said Tatum. “All my stats were better, I did better, just not the jump that I expected — and the rest of the world expected. Which, I should have known with the team, the dynamics —  we had so many guys, so many talented people trying to win a championship and everybody had to sacrifice and step back a little bit. It didn’t work.”

Continuing on with the theme of positivity and moving on from last season, we have Jayson Tatum. The third-year pro has been vocal this offseason about his desire to take his game to a whole different level. He’ll have that chance as the Celtics have basically become his team. With a franchise on your shoulders, confidence is something you need to exude and Tatum has done just that.

It seems like they’re all using last year as fuel to the fire and it’s as locked in as I’ve seen both Jayson/Jaylen. There’s a killer instinct there that could be setting in and it’s something Tatum’s been lacking in his time in the league so far. If Tatum really wants to become a star he’ll be able to. He can’t just stand around expecting it to happen, if he wants it, he’ll have to go get it.

There isn’t any excuse anymore as touches are going to be aplenty next season. It’s time to put up or shut up. He’s taken ownership of that and I’m here for the Jayson Tatum Prove Everybody Wrong Tour. I will be the first in line for tickets to that and I would like a front-row seat.

And finally, the rookies hit Fenway.