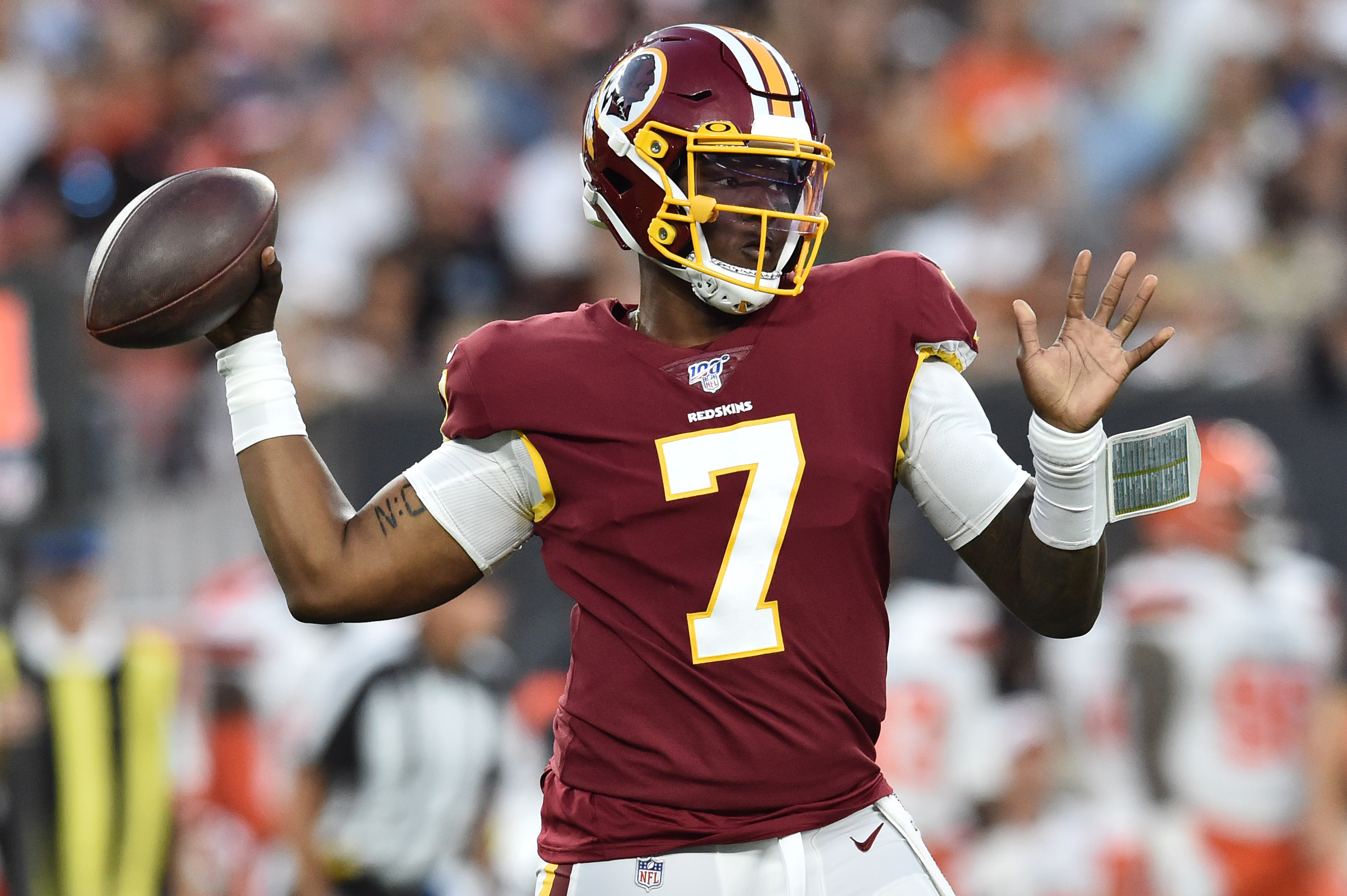 Redskins rookie Dwayne Haskins made his first-ever start in Thursday’s preseason game against the Browns, and he looked exactly like a young signal-caller does early int heir careers.

It was a mixed bag for Haskins, but a lot more bad than good. He completed only eight of 14 passes for 117 yards, with no touchdown passes, and two interceptions.

One of the picks proved costly, as it went right into the hands of Browns linebacker Mack Wilson, who returned it for a touchdown.

Here’s what Haskins had to say about it after the game.

Haskins on the pick-6: "You've got to get over it; you've got to play the next series. It happened. Mad for three seconds and onto the next play."

Haskins likely knows that there are plenty more mistakes to come in the future, and he can’t dwell on them. It’s best to just watch the film, learn from them and move on.